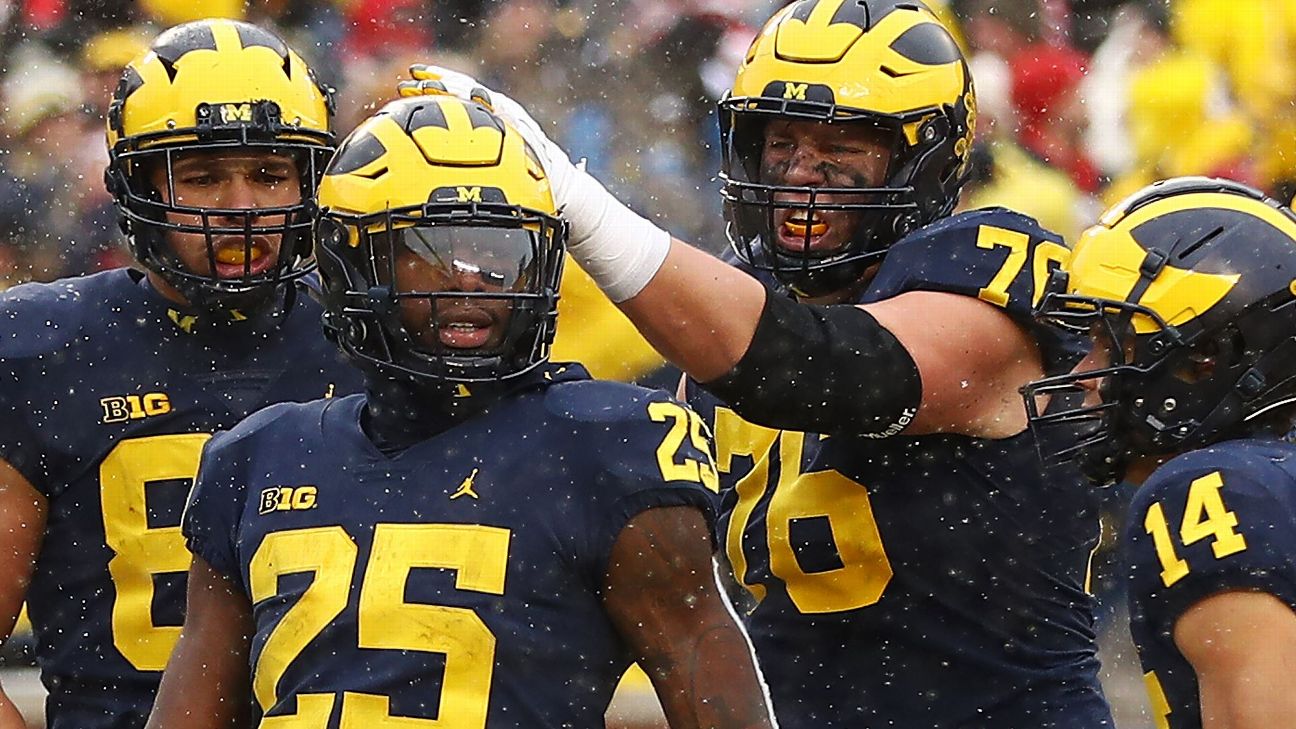 Michiganjumped to No. 2 in the Associated Press college football poll Sunday, and Oklahoma Statejoined the top five for the first time since 2015.

Georgiawas a unanimous No. 1 in the AP Top 25 for the eighth consecutive week. For the fourth straight week, there is a different No. 2 team behind the Bulldogs.


Michigan has its highest ranking since it peaked at No. 2 in 2016. The Wolverines moved up four spots after emphatically beating Ohio Stateon Saturday to break an eight-game losing streak in the rivalry.

Cincinnatimoved up to No. 3, flip-flopping with Alabamaat No. 4. The Crimson Tide slipped after beating Auburnin quadruple overtime.

Oklahoma State moved up two spots after beating Oklahomafor the first time since 2014. The Sooners fell three places to No. 13.

Notre Damedropped a spot to No. 6, and Ohio State tumbled five spots to No. 7 a week after it peaked at second last week.

The week before the Buckeyes were No. 2, Alabama held that spot. The Crimson Tide had replaced Cincinnati the week before.

The longest streak of weeks as unanimous No. 1 was Alabama's run of nine in 2018.

There are two polls left this season, after next week's championship games and then after the College Football Playoff national title is decided on Jan. 10.

If Georgia can beat Alabama in the SEC title game next weekend and make a run through the playoff, it could break Alabama's record.

But something to keep in mind for the Bulldogs: Alabama's run of unanimous No. 1 rankings ended in a national championship game loss to Clemson, and the Crimson Tide finished No. 2.

No. 1 Georgia vs. No. 4 Alabama, SEC championship.

No. 3 Cincinnati vs. No. 16 Houston, American Athletic Conference championship. 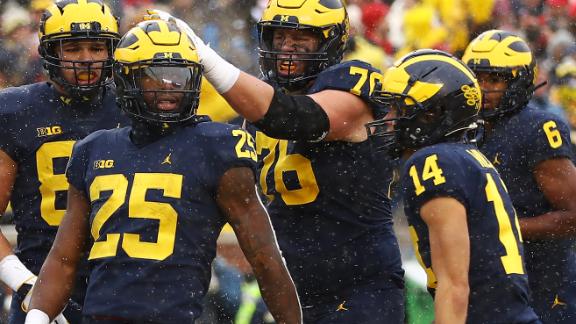