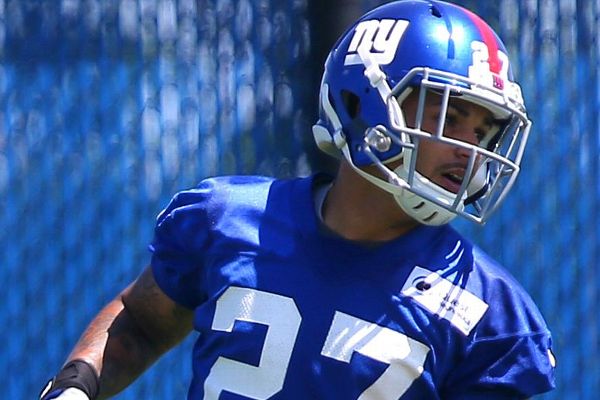 Thompson, a third-round pick out of Boise State who was expected to return for the first time in six games when the Giants host the Philadelphia Eagles on Sunday, was forced to leave Wednesday's practice after feeling pain in the foot.

His rookie season is now up in the air, pending further tests.

The Giants had played it cautious with Thompson in recent weeks. He sprained his foot in a victory over the New Orleans Saints in mid-September and had worn a boot for much of the following month. The boot was removed almost three weeks ago, and Thompson's first practice Monday was a light workout.

When Thompson tried to stick his foot in the ground on Wednesday, however, he felt pain. The Giants listed him as a limited participant in practice.

It has been an injury-filled rookie season for Thompson. He missed time this summer with a shoulder injury and split time in the opener with Nat Berhe. He was injured late in his first career start in Week 2, when a teammate stepped on his foot.

Thompson shined in the first two games of the season, making seven tackles, and he looked like a potential difference-making player on the defense.