Girl on trampoline crashes through window at gymnastics center

KGO
By Laura Anthony
ANTIOCH, Calif. -- A 10-year-old girl is recovering after she went flying off a trampoline and through a tempered glass window at a gymnastics center in California during a Halloween party.

Kyla Graham says she was about to get off the trampoline and let another little girl take a turn when suddenly one of her last jumps sent her in the wrong direction and through the window.

"I was jumping and then, like, I was trying to jump the other way," she said. 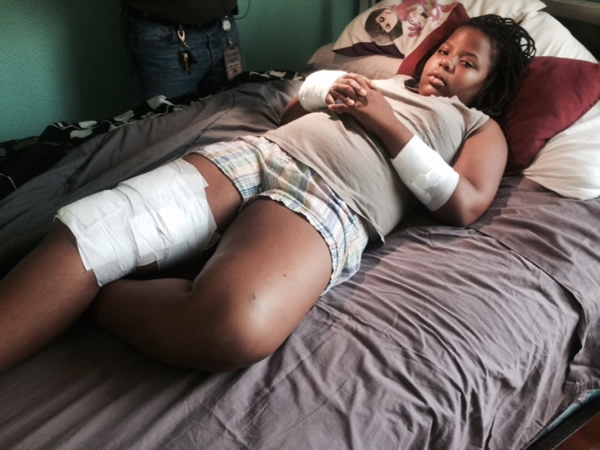 Kyla Graham, 10, recovers after she flew off a trampoline and through a tempered glass window at an East Bay gymnastics center.

Instead of going to school and getting ready for Halloween, the 10-year old is in bed, nursing her many wounds after a freak accident at the Four Stars Gymnastics Academy that sent her flying through a large glass window.

"I jumped and I flew the other way so I put my hands on my face so I could protect my face and I flew out the window and landed on the ground and it was just hurting a lot," Kyla said. "And it was like, some of my skin was off."

It happened when Kyla and her friends attended a Halloween party at the academy Saturday afternoon.

"They said this call is concerning your child, your granddaughter," said Shirley Marzett. "I say, 'yes.' They said, 'well she just flew out a window.' I say 'what!'"

Kyla's grandmother received a call from an academy staff member telling her the 10-year-old was on the way to the hospital. 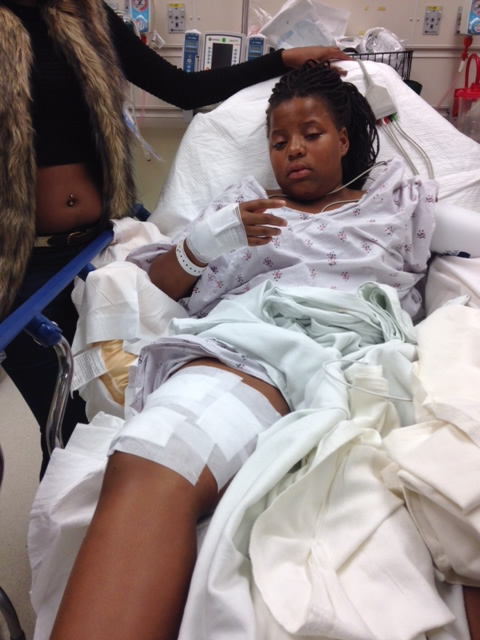 Kyla Graham, 10, recovers after she flew off a trampoline and through a tempered glass window at an East Bay gymnastics center.

"She was just saying, 'Nana,'" Marzett explained. "And I said, 'I'm here, baby.' And it was just a horrible sight to see you child like that."

The fifth-grader has deep gashes on her arms and legs that required more than 100 stitches. Kyla was also told, "There's still glass in my hand and my foot and stuff."

Glass outside a gymnastics center where a 10-year-old flew off a trampoline and through a tempered glass window.

From the outside, we could see the facility has at least three big trampolines positioned a couple of feet from large windows. Those are now closed off.

The academy's owner did not return ABC7 News' calls asking for comment.