How Wisconsin's loss impacts the Big Ten's hopes for the CFP 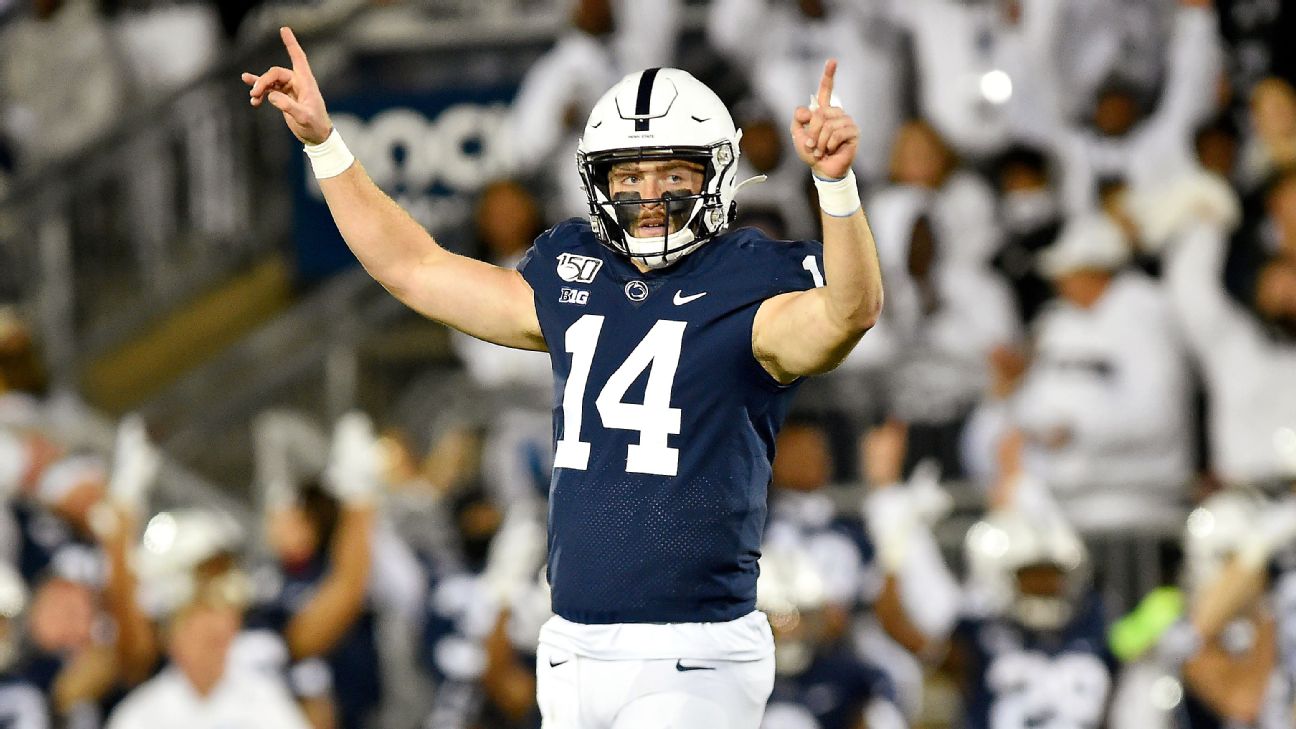 Following his team's shocking loss to Illinoisin what was the biggest upset of the season so far, Wisconsinrunning back Jonathan Taylor said it's important to remind his teammates "there's a lot of opportunity still out there."

"This does not end the season right now," Taylor said. "That was not the last game of the season. We still have [to] work throughout this next week, because we have a game next week."

And it's still huge.

Ohio State hosts Wisconsin on Saturday, and while some of the luster of this matchup disappeared with the Badgers' breakdown, there are still important implications. The best-case scenario for the Big Ten -- the easiest path to the playoff -- would be for Ohio State to keep rolling, so that puts even more pressure on the Buckeyes to avoid an upset Saturday. An Ohio State loss would open the door for debate -- something the conference would probably rather avoid after missing the CFP each of the past two seasons.

According to the Allstate Playoff Predictor, Ohio State leads all teams with a 78% chance to make the playoff, and the Big Ten still has a 17.1% chance to get two teams in -- second to the SEC (43.6%). Penn State has a 28% chance to reach the CFP, currently the sixth-highest in the FBS. The numbers are fluid, as Penn State and Ohio State still have to play each other.

The playoff perception of the Big Ten is Buckeyes or bust, and while Ohio State has clearly established itself as top-four material, Penn State and Minnesota are also still undefeated, allowing for several possible scenarios:

The Golden Gophers will have home-field advantage against Wisconsin in the regular-season finale. A win against Minnesota probably wouldn't do too much to impress the selection committee, but it could become a factor if the Buckeyes lose a game and enter a debate. Oregon, for example, could punctuate its résumé with a Pac-12 title against a better, higher-ranked Utah team.

Penn State can emerge as the Big Ten's best. The Nittany Lions earned a tough home win against Michigan, giving them back-to-back wins against ranked opponents. ESPN's FPI favors Penn State to win each of its remaining games except the Nov. 23 trip to Columbus (19.5%). If Penn State can run the table, the Nittany Lions would unseat Ohio State as the Big Ten's top playoff contender. The main difference between Penn State and Ohio State right now has been the Buckeyes' sheer dominance, as they are No. 2 and 3 in offensive and defensive efficiency, respectively.

Their nonconference schedules are similar, but Ohio State has added another ranked opponent to its résumé in Cincinnati, which is leading the American's East Division. Penn State beat Idaho (3-5) and Buffalo (3-4) and earned a 17-10 win against a respectable Pitt team (5-2).

Wisconsin can win out. If -- if -- Wisconsin finds a way to beat Ohio State on Saturday, throw out everything you thought you knew about the Big Ten. It would give Wisconsin renewed hope while simultaneously putting the league's playoff hopes in jeopardy. The Badgers end the regular season at Minnesota, so if they run the table, they can still win the West. None of that will happen, though, if Wisconsin plays like it did against Illinois. The Badgers blew a nine-point lead in the final 10 minutes of the game and finished with three turnovers, including two lost fumbles. "It's always hard to win on the road, and then you make it that much harder," Wisconsin coach Paul Chryst said. "There are a lot of areas that we want to try and get better at, learn from today and move forward."

In spite of Wisconsin's loss, the Big Ten's place in the playoff is no different than it has been in years past -- with fingers crossed that its conference champion is good enough to finish in the top four.

Oregon: The Ducks earned an important, gritty win at Washington, which was probably their toughest remaining game. Oregon's playoff hopes are still alive, and ESPN's FPI projects the Ducks to win each of their remaining games. If they can finish as a one-loss Pac-12 champ, the Ducks will be considered by the selection committee, but they also need the other Power 5 conference champions to have at least one loss to help even the debate.

Utah: The Utes' win over Arizona State was important in the South Division race, but they still have to travel to Washington on Nov. 2. If Utah can run the table and win the Pac-12, it would be in the conversation, but its weak nonconference schedule (2-4 BYU, 2-5 Northern Illinois and 3-4 Idaho State) will be a sticking point for the committee.

Notre Dame: The Irish had a bye week, but they were still affected by Michigan's loss to Penn State. Notre Dame travels to Michigan on Saturday for its most difficult remaining game of the season. Because of its Sept. 21 loss at Georgia, Notre Dame needs to win out, but it also needs its opponents to finish well to help its schedule strength. It's a Catch-22 for Notre Dame, because if it does beat the Wolverines, Michigan will have three losses. As of now, Michigan is the only ranked opponent left on Notre Dame's schedule.

Georgia: The Bulldogs' season will be defined over the next three games against ranked opponents: No. 9 Florida, No. 22 Missouri and No. 11 Auburn. ESPN's FPI still gives the Bulldogs the best chance to win the East, and it has a bye week to prepare for Florida.

Auburn: The Tigers dismantled Arkansas, as expected, but they will play their third straight road game on Saturday at LSU. If Auburn is going to overcome its Oct. 5 loss at Florida, it has to win this game. ESPN's FPI gives Auburn a 32.8% chance.

Florida: The Gators were able to leave South Carolina with a win and now have a bye week to prepare for the Nov. 2 game against Georgia. It's the most difficult game remaining on the schedule and will help determine the East Division winner. ESPN's FPI gives Florida a 35.2% chance to win. 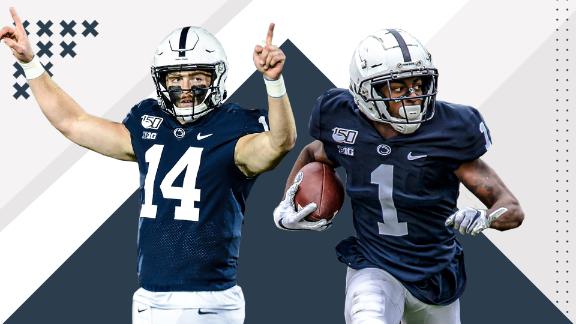