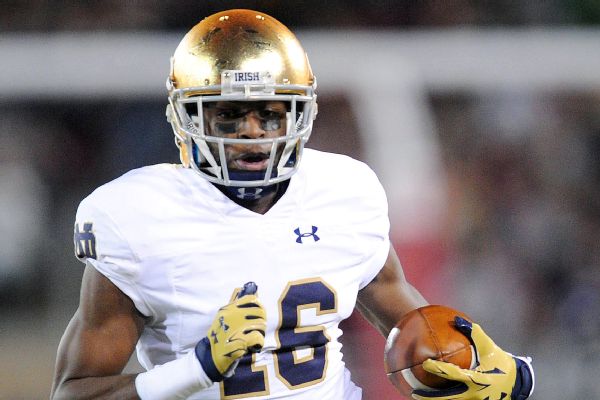 Torii Hunter Jr. will be following in his father's footsteps on the diamond. The Notre Dame receiver said Thursday on Twitter that he will forgo a fifth year of school and football to pursue a professional baseball career with the Los Angeles Angels.

The Angels drafted Hunter, the son of the former major league outfielder by the same name, in the 23rd round this year. Hunter signed with the club in June.

Hunter was a captain for Notre Dame's football team this season, catching 38 passes in nine games for 521 yards and three touchdowns.

He missed three games this fall because of a concussion and a minor knee injury.

For his career, Hunter caught 73 passes for 949 yards and six touchdowns.

Hunter was a part-time player with Notre Dame's baseball team in 2015 and 2016, mostly as a defensive replacement in the outfield and as a pinch-runner. The Angels drafted him 696th overall.