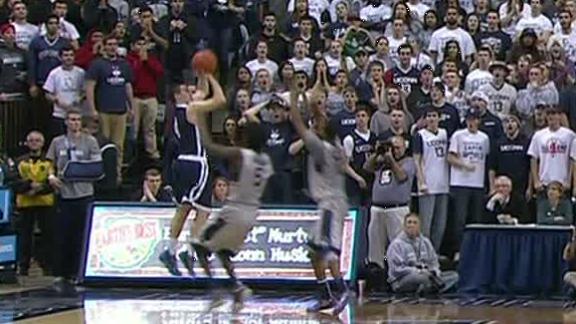 Montague's basket from the left corner with 1.7 seconds left lifted Yale (8-2) to the 45-44 upset of the defending national champions on Friday night, their first victory against the Huskies after 13 consecutive losses dating back to 1986.

It was Montague's only basket of the night.

"I told the guys in the locker room, no matter how old they get, if they get Alzheimer's or dementia, they'll remember this for the rest of their lives," Jones said.

The loss was the third straight for UConn (3-3), which did not drop more than two in a row all last year.

UConn trailed for all but 3 1/2 minutes of the game, but had its biggest lead at 44-40 after a pair of free throws from Cassell with 22.6 seconds left.

The Bulldogs cut the lead back to two on a pair of foul shots from Sears and Ryan Boatright missed the front end of a 1-and-1 with 11 seconds left.

Sears fumbled the ball in the frontcourt, but it went out of bounds off UConn's Phil Nolan setting up Yale's final play with 3.5 seconds left.

Duren, inbounding from the baseline, found Montague in the corner, and he hit the shot falling away over a leaping Cassell.

The Bulldogs had made just 2 of 20 shots from 3-point range before Montague's game-winner.

The basket came from almost the same spot where Texas' Jonathan Holmes beat the Huskies in the final seconds on Sunday.

"Both shots hit me to the heart," Cassell said. "Seeing both those shots going in the same way, it's just crazy."

Ollie said UConn lost the game on the boards. Yale outrebounded the Huskies 36-25, and held them to just one offensive rebound, while grabbing 13 of their own.

Boatright, who had been averaging more than 20 points a game, didn't hit a shot until midway through the second half and finished with six points on 3-for-9 shooting.

He was playing on a sprained left ankle, which he injured Sunday trying to contest what turned out to be the game-winning shot against Texas. The senior had not missed a game, and until this week had never missed a UConn practice due to injury.

The Huskies missed eight straight shots during a 12-0 Yale run that gave the Bulldogs an early 17-6 lead.

UConn: The Huskies had won 68 straight games against teams from Connecticut. Their last loss came on Dec. 29, 1986 to the University of Hartford, 49-48 at the Hartford Civic Center. That was Jim Calhoun's first season as UConn's coach.

Yale: The Bulldogs held the Huskies to 22 points below UConn's season average. Yale came into the game allowing just 61 points a game, and were outrebounding opponents by more than 8 boards a game.

Yale plays its second consecutive game against a team from last season's Final Four when it visits Florida on Sunday.

UConn has more than a week off for final exams before facing Coppin State in Hartford on Dec. 14.

Yale Stuns UConn
Yale picked up its eighth win of the season by beating UConn 45-44. 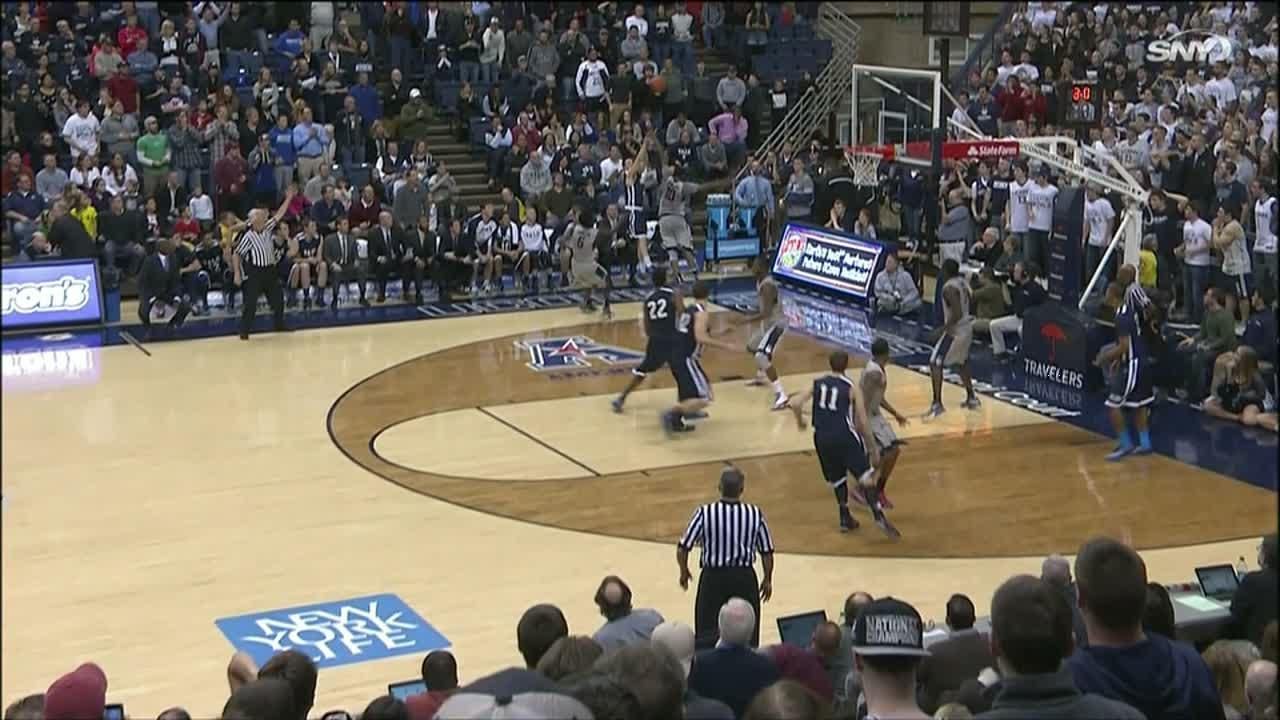 Yale Upsets UConn With Late 3-Pointer
Jack Montague's 3-pointer in the final seconds lifted Yale to a win over UConn.

Yale Stuns UConn
Yale picked up its eighth win of the season by beating UConn 45-44.