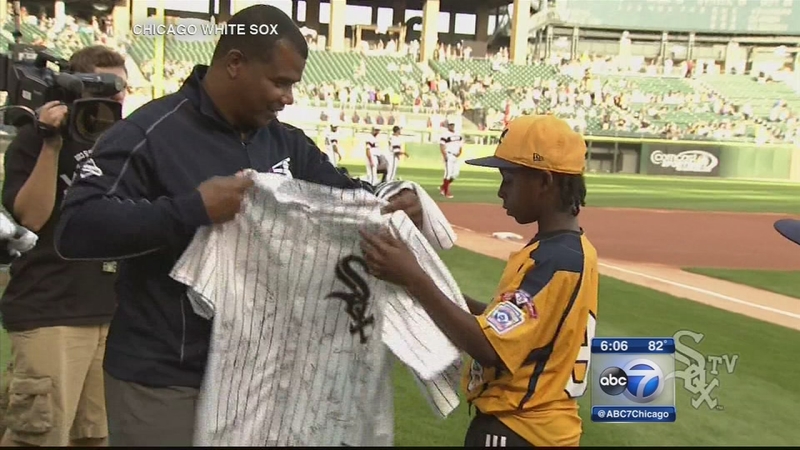 CHICAGO (WLS) -- The honors keep pouring in for the Jackie Robinson West All-Stars and the team gathered on the field at U.S. Cellular Field for a special presentation in their first weekend back home since winning the U.S. Little League Championship.

The Chicago White Sox presented team members with backpacks and special signed White Sox jerseys. The Little Leaguers also had the chance to run the bases at U.S. Cellular Field, as White Sox players and coaches gathered along the third base line to congratulate them.

It was the culmination of a full day of honors bestowed on the national Little League champions.

The honors continued for the 13 boys of Chicago's Jackie Robinson West All-Stars. At Rainbow PUSH Saturday, Reverend Jesse Jackson hosted a special breakfast of champions for players, coaches and parents.

The breakfast brought together two of the biggest stories to come out of the Little League World Series - the JRW team, of course, and Philadelphia's female pitcher Mo'ne Davis, who had some advice for other girls her age.

"Just go out and follow their dreams. Don't let anyone stop you," she said.

As a special treat for the team, Jackson plans to take them to Disney World next week, but also to Chicago's Board of Trade.

"It's been a fun experience. I'm just glad to have been a part of it," said player Marquis Jackson.

"It's just like a dream. Like floating up in the clouds and floating and looking down, seeing all the marvelous things that have happened for our children," said the wife of the team's founder, Annie Haley.

Also on the south side, Frank Jackson, father of No. 8 Jaheim Benton served as Grand Marshall for Saturday's Million Father March. Hosted by the Black Star Project, the annual march highlights the importance of fathers in the upbringing of their children.

"I knew he was going to make it because he kept saying, 'I'm going to make it to the Little League World Series.' And you know what? I used to play ball myself and I'd say practice makes perfect," Jackson said.

On Monday, it will be the Chicago Cubs turn to celebrate JRW during their pregame show at Wrigley Field.

Homeless JRW player's family gets rent paid for a year 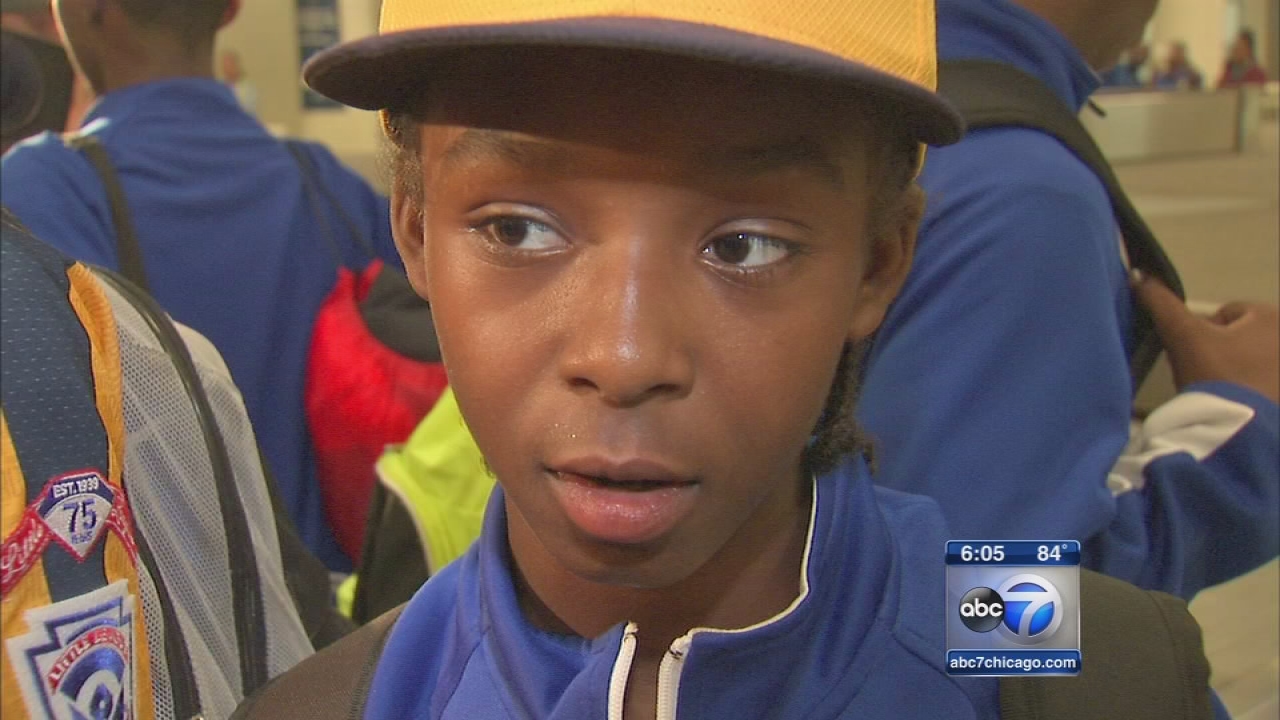 Homeless JRW player gets rent paid for a year
Jaheim Benton's family has been homeless since June. But on Friday, the owners of a Chicago funeral home heard about the family's plight and decided to pay their rent for an entire year.

One of the Jackie Robinson West Little League champions was scoring runs for the team without a place to live.

Jaheim Benton's family has been homeless since June. With Jaheim's parents both struggling to find full-time work, the family was forced to split up and stay at friends' houses. Despite their money problems, Jaheim stayed focused on baseball.

But on Friday, the owners of a Chicago funeral home heard about the family's plight and decided to pay their rent for an entire year.

Spencer Leak, Jr., from Leak and Sons Funeral Home in Chatham, was moved by Jaheim's story. The Leak family made a generous gift on Friday: a year's worth of rent for the Little Leaguer's family.

"I would hope that this rent turns into a mortgage that turns into home ownership for them," said Leak Jr. "We want our little superstar to have a roof over his head because that's what he is. He's a superstar."