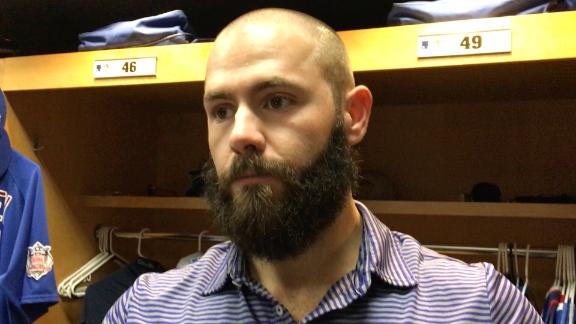 PITTSBURGH -- Chicago Cubs right-hander Jake Arrieta said he expects to miss one or two starts after an MRI showed he has a Grade I hamstring strain.

"It's better than it could have been," Arrieta said Tuesday. "Seven to 10 days is probably a window that's close. A lot of it is going to have to do with how I feel day-to-day."

Arrieta left Monday's game in the third inning after grabbing the back of his right leg but seemed in good spirits when discussing the injury later that night. He wasn't even sure if he would have an MRI though he eventually did.

Cubs manager Joe Maddon said Tuesday that the team had planned to push back Arrieta's start regardless of what the MRI revealed.

Arrieta (14-9, 3.48 ERA) was named the National League Pitcher of the Month in August after compiling a 1.21 ERA, and said the injury may help him in the long run.

"As far as arm strength goes, it may help a little bit," Arrieta said.

While Arrieta is just now dealing with a hamstring injury, catcher Willson Contreras is making his way back from one.

Contreras, who has been out nearly a month with a hamstring issue of his own, will join Class A Myrtle Beach on Thursday in its playoff series on a rehab assignment.

Arrieta predicts he'll be out 7-10 days
Jake Arrieta confirms that he's suffering from a Grade I hamstring strain and explains that his progress and expected return date will be day-to-day. 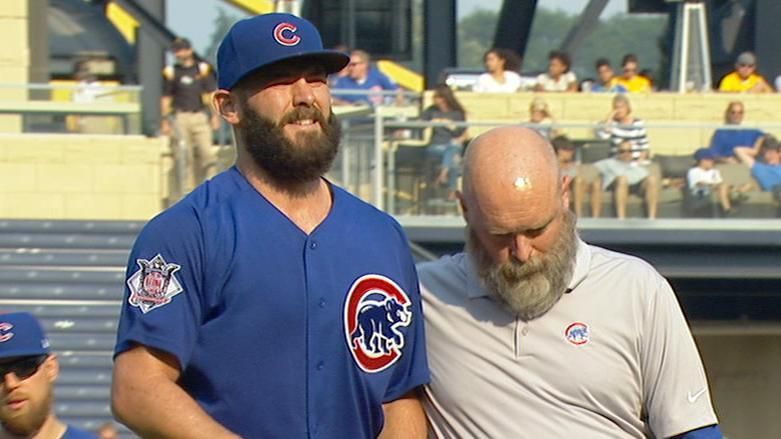