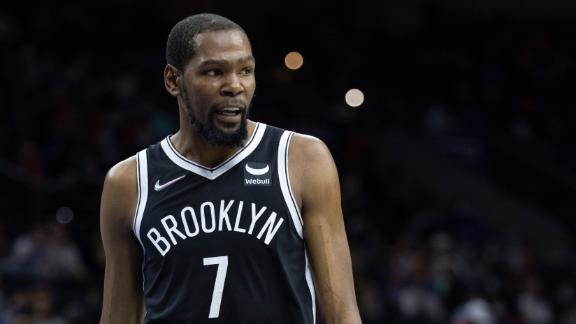 Crafting the correct list in any sports debate is a tough task for quite literally anyone. The NBA might be one of hardest given its plethora of talented players -- both past and present.

In honor of the league's 75th anniversary, a list of its most prominent and impactful players has been shared over the past three days for players, media and fans alike to parse. While a fair share of arguments ensued over notable omissions, those who made the cut found themselves in awe of the legendary company they joined upon hearing their names alongside the figures they grew up admiring.


The NBA's Top 75 marks its fourth time selecting a group of legends in alignment with a landmark anniversary. Prior to this, the league crafted anniversary teams for the league's 50th (1996), 35th (1980) and 25th (1971) years of existence. As part of the NBA's celebration, its season-long honoring of its rich history will include Naismith Memorial Basketball Hall of Famers Clyde Drexler, Magic Johnson, Bob Pettit and Oscar Robertson, as well as 2006-07 MVP Dirk Nowitzki, serving as ambassadors for the 2021-22 season.

With such pristine company on hand, it's not surprising current players were in awe of officially etching themselves into hoops lore. Let's examine some of the most notable reactions for those who did (and did not) make the cut for the NBA's top 75 players.

The four-time regular-season MVP entered this season trailing only Kareem Abdul-Jabbar and Karl Malone for the most points all time.

Now he officially stands among the legendary players in the history of the game he loves most.

Upon being told he and Kevin Durant were among those named among the NBA's top 75 players, Harden expressed disbelief.

Though The Beard might need some time to soak in the nod, it should come as no surprise to anyone familiar with both his and Durant's respective careers. They are among two of the four players since the 1976 ABA-NBA merger to win three consecutive scoring titles.Michael Jordan did it twice, and George Gervin also achieved the feat.

Unlike Durant, who twice won Finals MVP honors with the Golden State Warriors, Harden is still seeking the first NBA title of his illustrious career, which has seen him accomplish just about everything else a player could strive for.

When told about his place on the list, Harden wanted to be certain of his nod.

Despite his career point total being the highest among players without a ring, Anthony is recognized as one of the most impactful players of an entire generation.

Now, after a brief hiatus from the game a couple years ago, he is officially honored among the most revered hoopers.

Despite nine All-Star selections, seven All-NBA nods and being revered as one of the most exciting players ever, Wilkins was omitted from the league's aforementioned 50th Anniversary list in 1996.

Wilkins averaged 24.8 points per game over his 15-year career, including a mark of 29.9 during a bounce-back campaign in 1992-93 after tearing an Achilles tendon the season prior, signalling one of the greatest returns to form from the injury.

The leading scorer in Atlanta Hawks history (23,292 points) has earned another rightful spot in basketball history.

One need not explain at length why Hall of Famer Iverson made the cut. Four scoring titles, 11 All-Star appearances, seven All-NBA nods and a 2001 Finals run for the ages can speak for themselves.

Beyond his game, though, Iverson's impact on basketball culture remains unmatched for reasons that range from his trademark cornrows to his sneaker collection to his patented crossovers. The 1996-97 Rookie of the Year made sure to show love to those he credits for their role in carrying him to this unique point of validation.

Unfortunately, a list of the league's 75 (well, really 76) best players can fit only so many names at once. That being said, the omission of the three-time Defensive Player of the Year came as a surprise to former players, media and fans alike.

Three NBA titles, a career mark of 41.9% on 3-pointers and a reputation as one of the best heat checks in league history doesn't appear to be enough for Thompson to make the top-75 list.

"I definitely think both guys are top 75 just based on winning and two-way basketball, everything that really matters more than statistics," Kerr said. "What matters is if you're winning championships, and that's what counts, so I would've hoped and thought both guys would be on there."

At only 29 years old, Irving has earned a reputation as one of the most gifted ball handlers, scorers and playmakers in recent memory. His gifts were on peak display during the 2016 NBA Finals, when the Cleveland Cavaliers became the first team to overcome a 3-1 deficit in the title round.

Irving's go-ahead bucket in that series' Game 7 ranks among the most pivotal shots in league history. Unfortunately, the seven-time All-Star's resume wasn't robust enough to earn a spot in the top 75, prompting a defense from ESPN's Stephen A. Smith and Warriors forward Andre Iguodala, who battled against Irving in three straight Finals matchups (2015-17).