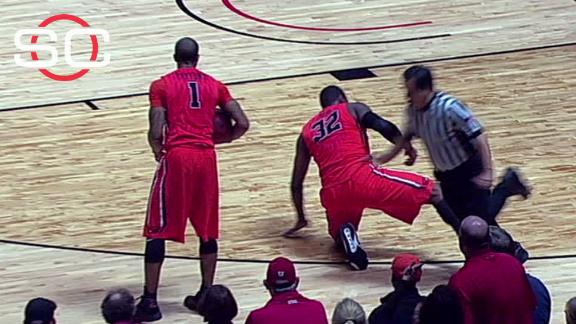 Oregon State'sJarmal Reid, who was ejected after he tripped a referee in his team's loss to Utah on Sunday, has been suspended for a minimum of four games, the school announced Monday.

With 2:56 to play in Utah's59-53 road win over Oregon State, Utes center Jakob Poeltl bumped Reid, who then fell to the ground. No foul was called. Reid then stuck his leg out and tripped referee Tommy Nunez, who fell to the court. Reid was ejected after receiving a flagrant 2 foul for his actions.

Per the release, Reid's suspension could be extended if he does not comply with the team's standards during his time off the floor.

"We are obviously very disappointed and apologize to everyone involved," coach Wayne Tinkle said. "Our university and our program do not condone this type of conduct on or off the court. We acted swiftly and severely, but also fairly with the understanding that we are dealing with a 22-year-old young man that we need to help grow through this tough situation."

Reid apologized for his actions.

"First and foremost, I would like to apologize to Oregon State University, Beaver Nation, the Pac-12 Conference, my family, my coaching staff and teammates, and the game officials," Reid said. "I'm well aware that my actions not only embarrassed my family, but also the university and the Oregon State basketball program."

The Pac-12 said in a statement that it will take no further disciplinary action. 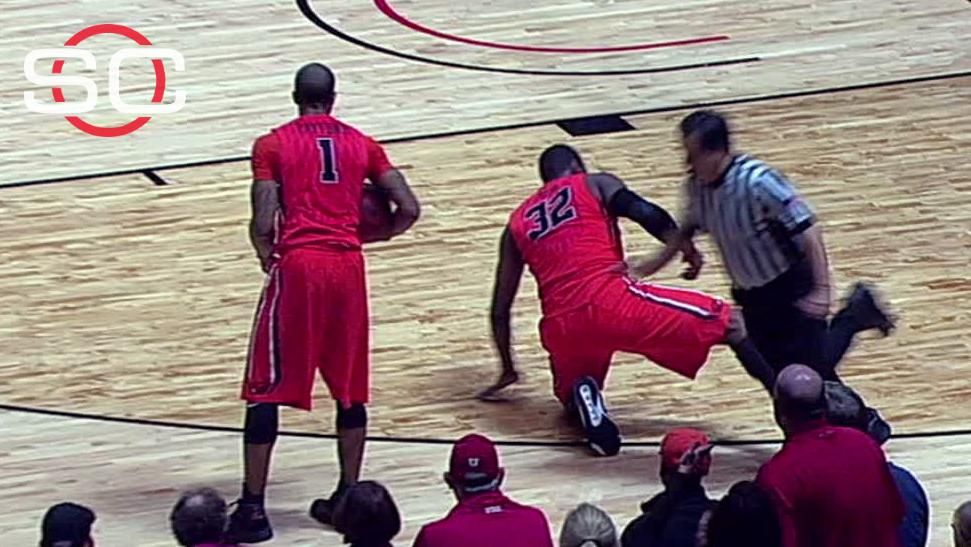 Oregon State suspends Reid for tripping referee
ESPN college basketball reporter Myron Medcalf explains how Oregon State decided on suspending forward Jarmal Reid for a minimum of four games. Reid's suspension could be extended if he does not comply with the team's standards during his time off the flo 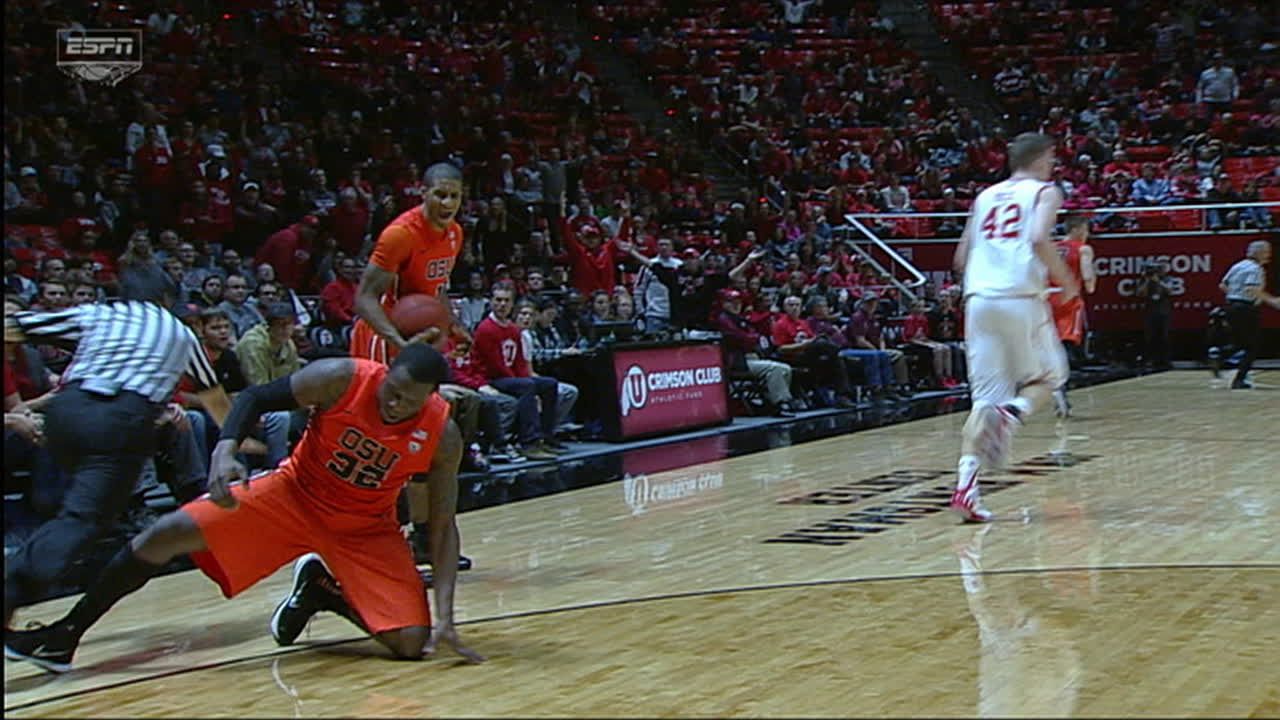 Oregon State player trips referee
After Oregon State's Jarmal Reid forces a turnover and dives on the ball, he extends his right leg, which causes the referee to trip. Reid is charged with a flagrant 2 foul and is ejected from the game.