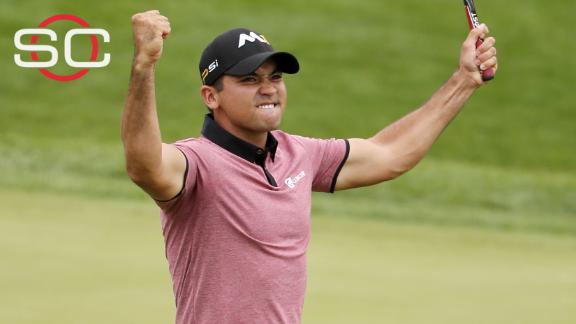 LAKE FOREST, Ill. -- As Jason Day's long eagle putt at the last hole rolled down the hill and toward the hole, every revolution of the ball only added to the sense of inevitability.

When it disappeared into the cup for an 8-under 63, a PGA Tour record-tying 36-hole score of 18 under and a five-shot lead at the BMW Championship, Day pumped his fist as playing partners Jordan Spieth and Rickie Fowler broke into widening grins and then applause.

Their expressions said it all about golf's man of the moment: Day is making everything that matters.

"I feel like I should be paying to come watch some of this," said Spieth, tied for fifth at 11 under. "It was special."

Yet Day's day could have been more special still.

After heavy rain forced a suspension of the opening round, Day returned to Conway Farms early Friday needing to hole a 44-yard wedge shot for an eagle that would have given him a 59 and tied another tour record. Instead, he hit a low pitch that skidded to a stop 10 feet from the hole and narrowly missed and settled for a 61.

"I came in this morning and obviously didn't shoot 59 and felt like everyone was disappointed in me," Day said, chuckling.

He was kidding, but just barely. Day has won three times, including his first major at the PGA Championship, and is an aggregate 97 under in tournament play since a narrow miss at The Open in late July.

"I don't know how else to explain the way I've been playing," he said. "I feel very free, like there's no stress.

After shooting 32 on the front nine to start the second round, Day strung together four birdies in a six-hole stretch on the back, then capped it with an 43-foot putt for eagle at No. 18. But he was far from the only golfer on a roll.

With little wind and receptive greens and fairways, the field averaged 3-under 68, and world No. 1 Rory McIlroy said even that seemed generous.

Citing the conditions; the length of Conway Farms, which played at 6,892 yards Friday; and the number of par-4 holes reachable with a driver, McIlroy said, "The par for us out here should be 67 or 66," calling his 65 only "a decent score."

Berger, too, might have done better if not for a lost ball at No. 14, which led to his only bogey of the day.

"We had plenty of people definitely helping us look, probably 25 people" Berger said. "At one point, I offered the crowd $500 if they could find. Seriously, I did.

Like Day and Spieth and three other players, Todd made eagle at the 556-yard, par-5 18th. Todd holed a wedge from 81 yards, but didn't stick around long to celebrate. His wife flew in earlier in the day, but because Todd forgot to add her name to the reservation, she wound up watching the round in the hotel bar.

"She told me 'good playing,' so I assume she caught a little bit," he said. "They don't like to show me on TV, but I think they probably showed that one on 18."

Day's finish there definitely made it onto the screen. Considering the way he's playing, no one in the golf world dares take their eyes off him.

He said as a youngster he wanted to dominate the game like Tiger Woods, and after the second round, the inevitable question followed: "Are you heading in that direction now?"

"I hope so. That would be nice," Day said, but caught himself soon after, saying, "But he's won 79 times, and I've only won six. But it's something I can shoot for." 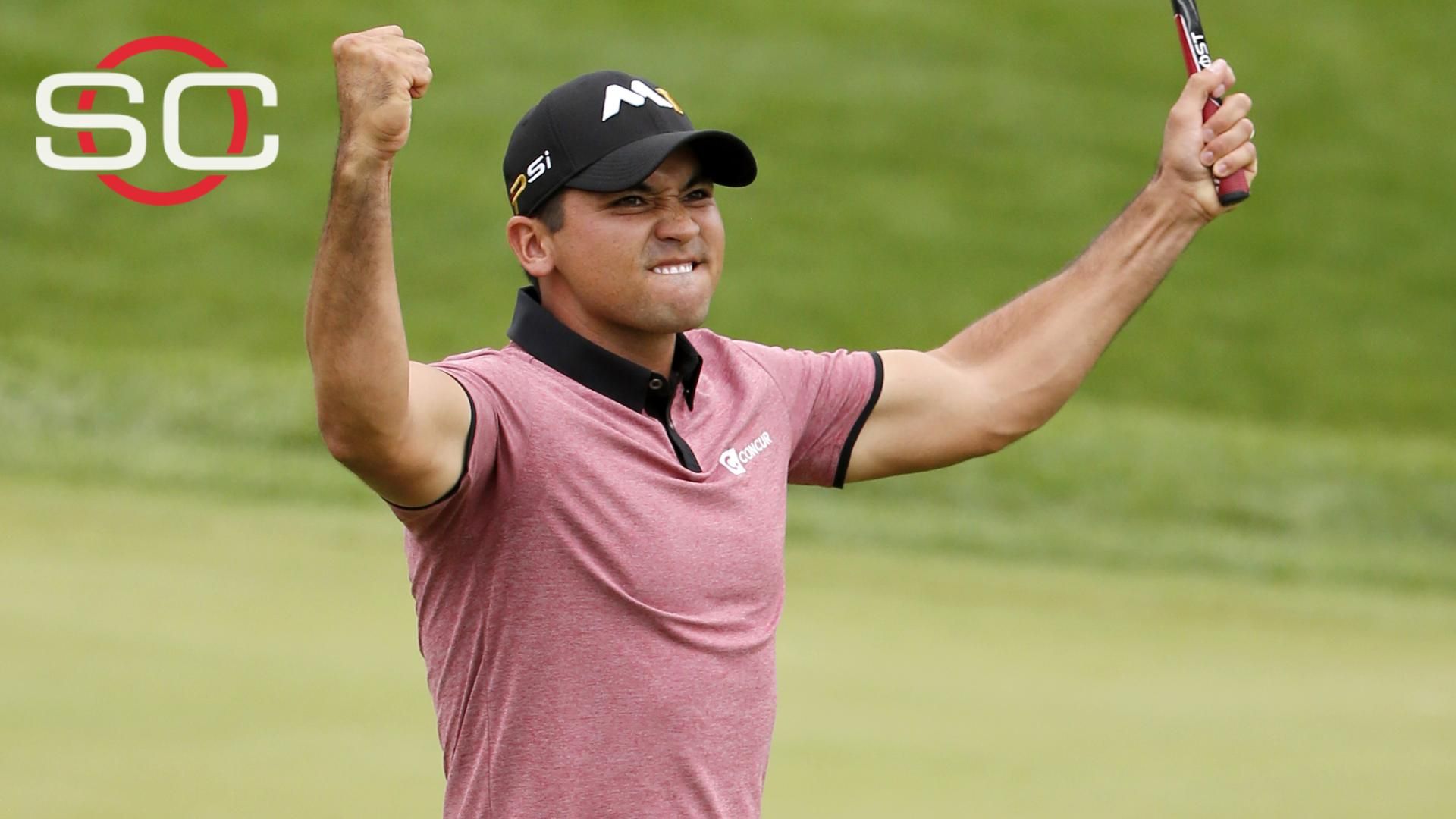