Jason Pierre-Paul rehabbing in South Florida away from Giants 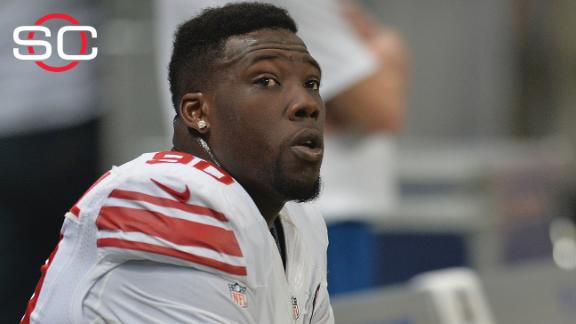 Jason Pierre-Paul is getting his own medical care and rehab near his home in South Florida after the July 4 fireworks accident that cost him his right index finger, a source told ESPN, and at this point has no timetable for returning to the Giants.

The source emphasized that Pierre-Paul expects to be healthy and play this season, "sooner than a lot of people think."

But at this point, the criticism that team owner John Mara leveled at Pierre-Paul in a New York Post interview this week isn't likely to sway anything.

"I don't think JPP is receiving very good advice right now," Mara told the Post. "He has told people that he's fine and that he's going to be ready to play, but until we see the hand, we're just not sure."

The problem is that Pierre-Paul is not technically under contract with the Giants. And because of that, he has no obligation to allow the Giants to examine him or grant them any control over the timetable for his rehab.

The Giants designated Pierre-Paul as their franchise player in March, but he has yet to sign the one-year, $14.813 million tender and is therefore technically not under contract.

Once Pierre-Paul signs the tender, the Giants would be able (and are likely) to place him on the non-football injury list, which would allow them to determine when he returns to the field and also allow them to not pay him for games missed. Obviously, that's not an ideal scenario for Pierre-Paul, so there likely would have to be some sort of agreement between player and team before Pierre-Paul signed the tender and showed up at training camp.

But to hear Mara tell it, the team wants to see Pierre-Paul before any such discussions can occur.

"We obviously are going to have to see him first and determine whether or not he's capable of playing this year before we take one step further," Mara told the Post.

As long as that remains the Giants' point of view, Pierre-Paul's best course of action is likely to continue rehabbing on his own and show up when his doctors tell him he's healthy enough to pass the team's physical.

Giants players report to training camp Thursday. The team opens the season Sept. 13 in Dallas against the Cowboys. That gives the two sides time to work something out, but it appears the process won't start for a while yet.

Pierre-Paul not rehabbing with Giants
ESPN analyst Ryan Clark discusses why defensive end Jason Pierre-Paul should be working with the Giants while recovering from a hand injury suffered on the Fourth of July.