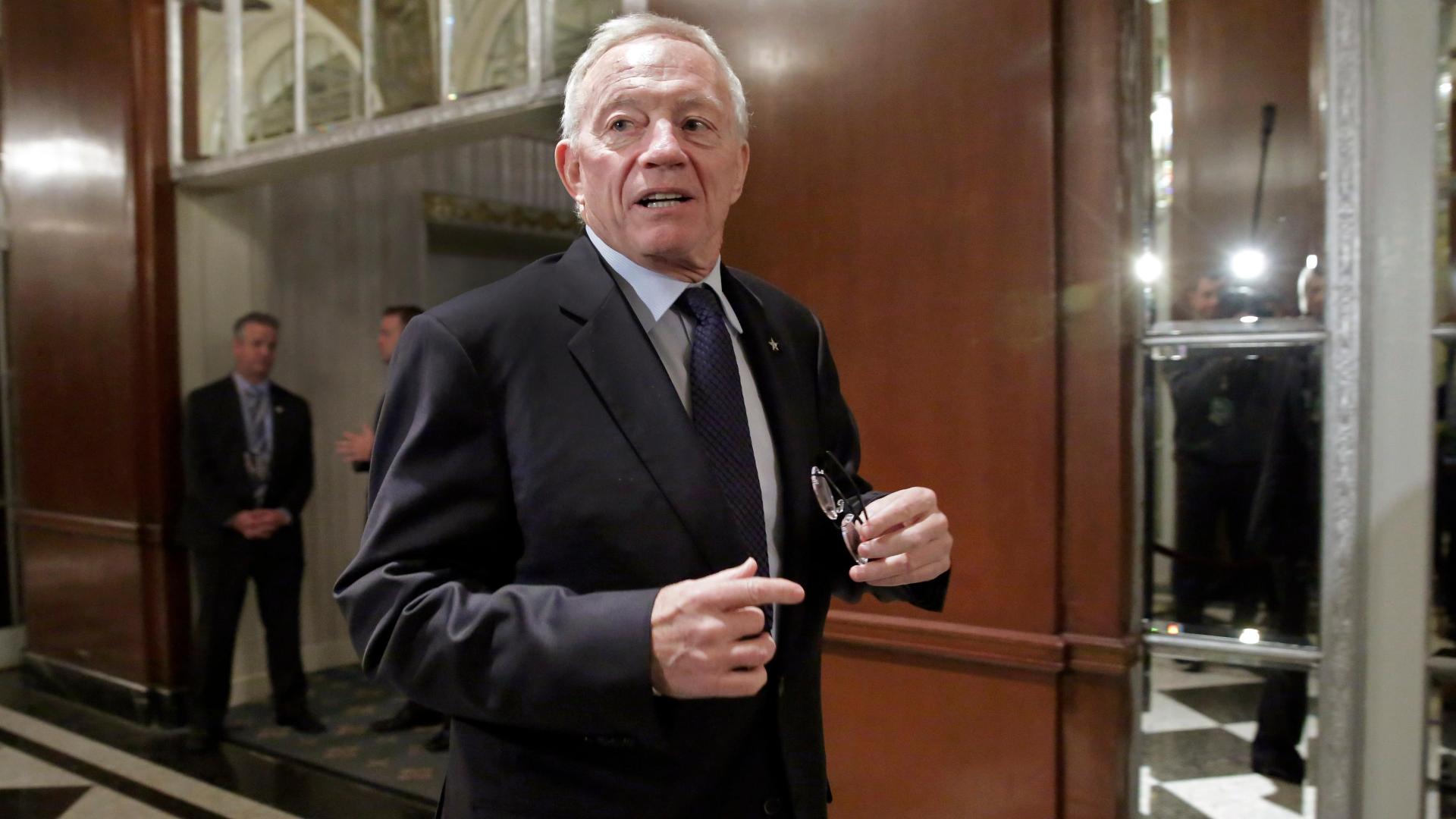 Dallas Cowboys owner Jerry Jones was a little taken aback Wednesday when informed of defensive endGreg Hardy's curious choice of words to describe his return from a four-game suspension stemming from a domestic violence charge.

It was an odd statement to make, considering that automatic weapons were part of the alleged assault that occurred in May 2014 in Charlotte, North Carolina.

Jones, who is attending the NFL owners meetings in New York, then paused before continuing.

"Well, you're not allowed to have guns on the football field," Jones, who turns 72 next week, told SI.com. "We all know that's just a way of expressing yourself. I hope his guns are ablazin'."

Cowboys coach Jason Garrett said Thursday that he "immediately" talked to Hardy about his comments.

Hardy, who practiced Wednesday for the first time since his ban for violating the NFL's personal conduct policy ended, also invoked Tom Brady's wife, Gisele Bundchen, when asked about the Cowboys' game Sunday against the New England Patriots.

"When I saw him marry [Gisele], Tom went up in my eyes 100 percent," Jones told SI.com. "She's very very attractive, and it shows what an outstanding individual Tom is."

Hardy initially was found guilty by a Mecklenburg, North Carolina, district judge of assaulting and threatening to kill former girlfriend Nicole Holder and was given a 60-day suspended sentence and 18 months' probation on misdemeanor charges.

Charges eventually were dismissed when Holder refused to cooperate with law enforcement after receiving a settlement.

"I am not aware of the comments, so I can't respond to the comments because I haven't seen them. But we have high standards in the NFL and we expect people to follow them," Goodell said. "And as I mentioned earlier with the statistics, I think the players are. I think the biggest news to the effect that we're seeing is that the vast majority of NFL players are outstanding young men. They do great things in their communities. I'm proud of what they do. They're good family men and they're people that we should all be proud of. That's what we're trying to highlight are the people that are doing things right.

"There is a very, very small percentage of men who don't follow the policies, and when they don't, they have to be held accountable. And we'll do everything we can to prevent that, to intervene and try to make sure that we get them to follow policies and see the way the NFL does things, the standards that we hope to uphold, and we won't compromise on that." 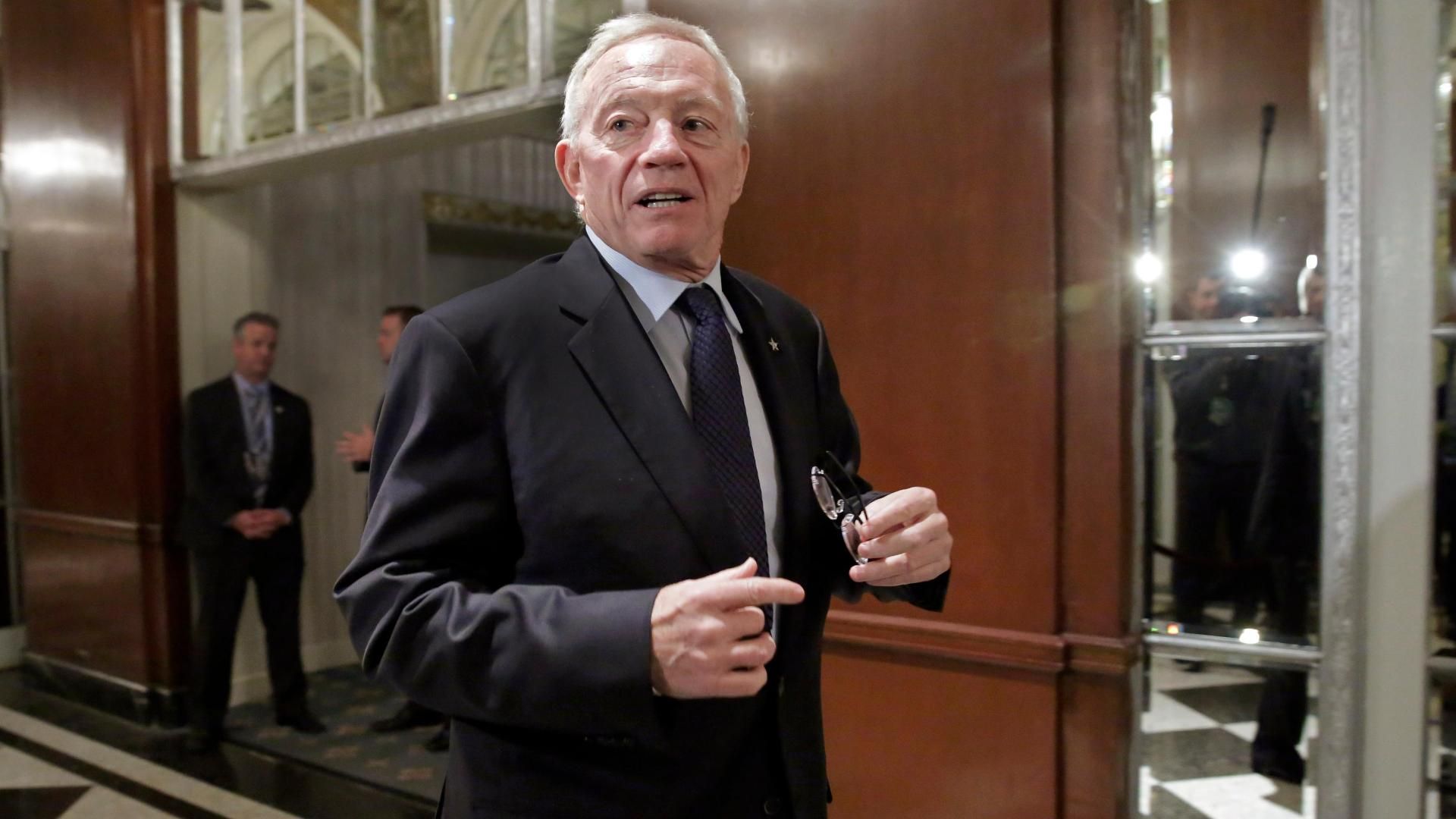 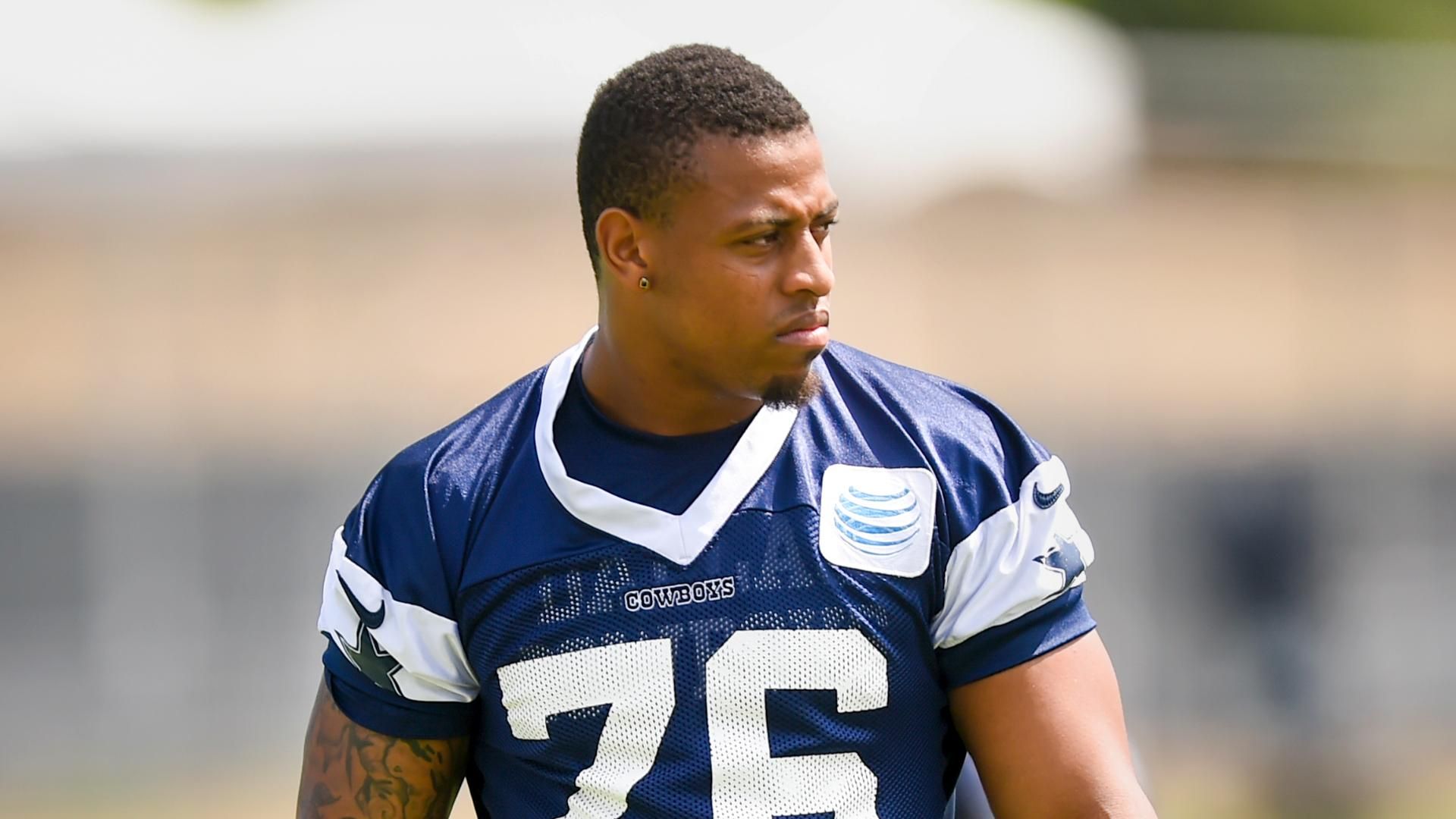 Bob Ryan on Hardy: Nothing to like about this guy
Boston Globe columnist Bob Ryan says on Around the Horn that Cowboys DE Greg Hardy's lack of apology and remorse for his domestic violence charges in his interview are self-incriminating.