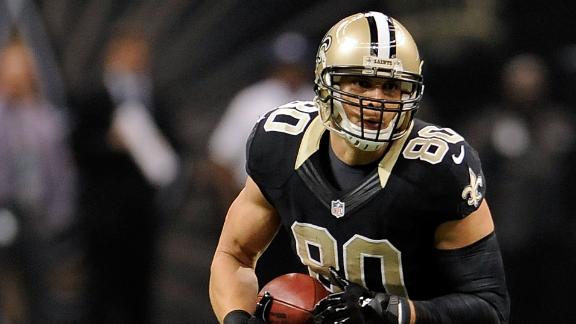 Perhaps being a tight end will pay off, after all.

As Jimmy Graham continues to fight that he is a franchise wide receiver instead of a tight end, he is closing in on a deal with the Saints that will pay him big money, sources told ESPN NFL Insider Adam Schefter.

The deal should put to rest any concern of lingering animosity from the negotiations, which included a groundbreaking arbitration hearing in which Saints coach Sean Payton and general manager Mickey Loomis testified against Graham's wide receiver argument.

Graham was angling for an even bigger payday when he filed the grievance, asking to be declared a receiver instead of a tight end for franchise-tag purposes. But his request was ultimately rejected by arbitrator Stephen Burbank earlier this month.

Since drafting Graham out of the University of Miami in the third round in 2010, the team and player have been a perfect fit.

Over the past three years, the former college basketball player has led all NFL players with 36 touchdown catches, while averaging 90 catches, 1,169 yards and 12 touchdowns per season. He was a first-team All-Pro last season and a Pro Bowler in 2011 and 2013.

Information from ESPN.com's Mike Triplett was used in this report.