Joe Haden to have surgery on groin muscles after Browns' season 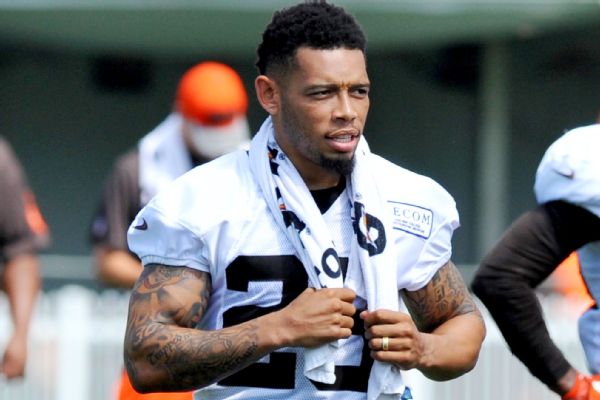 Cleveland Browns cornerback Joe Haden will have surgery shortly after the season to repair injuries to two groin muscles, he said Thursday.

Haden said the surgery will happen within a week of the season finale against Pittsburgh, and that recovery would be six to eight weeks.

Haden was named a Pro Bowl alternate this week, but he will not go to the game in Orlando.He knew 10 to 14 days ago that he would be having surgery and plans to play in the Browns' final two games.

Haden first hurt his groin muscle in practice before the game in Miami on Sept. 25. He missed that game but returned the following week to play against Washington.

He then hurt the groin muscle on the other side in a mid-October practice, which caused him to miss games in Tennessee and Cincinnati. He has played in every game since hurting the second groin muscle.

"Last season put it in perspective for me, that it could be gone so fast." Haden said.

In 2015, a hamstring injury shortened his preseason, and a broken finger and concussion cost him 11 games.

In the offseason, he had ankle surgery and did not take part in training camp until mid-August.

Haden is the second significant member of the team to reveal he will need surgery after the season.