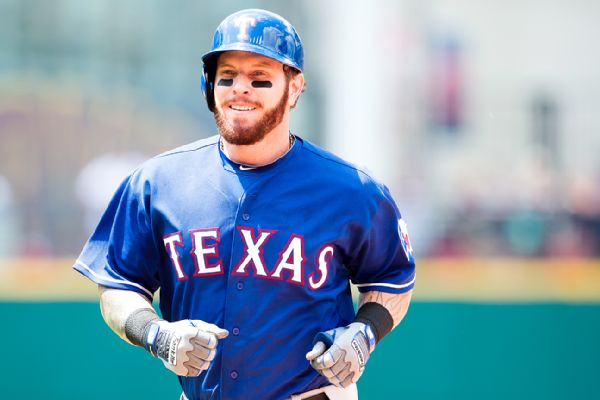 Veteran outfielder Josh Hamilton has been cleared to begin baseball activities and will soon work out for the Texas Rangers with an eye toward signing a minor league contract with the team for 2017, an MLB source confirmed to ESPN on Thursday.

Hamilton, 35, was a five-time All-Star with the Rangers from 2008 to 2012 and won the American League MVP award in 2010. He had reconstructive surgery on his left knee in June, and the Rangers placed him on unconditional release waivers on Aug. 23. The Rangers had to make the move before the end of August or they wouldn't have been able to bring back Hamilton until after May 15, 2017, under MLB rules.

General manager Jon Daniels told the The Fort Worth Star-Telegram on Wednesday that Hamilton will work out before Christmas and could sign a minor league contract shortly after that if his audition goes well.

Hamilton, selected No. 1 overall in the 1999 first-year player draft by Tampa Bay, endured a lengthy struggle with drug and alcohol abuse before making his major league debut with the Cincinnati Reds in 2007. He ascended to stardom in Texas before leaving to sign a five-year, $125 million contract with the Los Angeles Angels in December 2012.

Hamilton was a major disappointment on the field before suffering a drug and alcohol relapse in Los Angeles, and the Angels agreed to pay most of the $80 million left on his contract when they traded him to Texas in April 2015. Los Angeles is on the hook for $22 million of the $24 million owed Hamilton next season, with the Rangers responsible for the other $2 million.

Hamilton has a chance to win a job in Texas if he can summon some of his old skills. The Rangers' projected depth chart consists of Nomar Mazara in left field, Carlos Gomez in center and Shin-Soo Choo in right, with Joey Gallo, Jurickson Profar and Ryan Rua set to compete at first base and a variety of options available to manager Jeff Banister in the DH slot.

A source familiar with Hamilton's rehab said the outfielder is "very optimistic'' about the condition of his knee post-surgery. Hamilton has been instructed to proceed slowly with a goal of being at full strength by the start of spring training, the source said.
Related topics:
sportsespnjoey gallomlbmvpunconditional waiversryan ruareconstructive surgerycarlos gomeztexas rangerskneeminor league contractnomar mazarajurickson profarjosh hamilton
Copyright © 2020 ESPN Internet Ventures. All rights reserved.
More Videos
From CNN Newsource affiliates
TOP STORIES