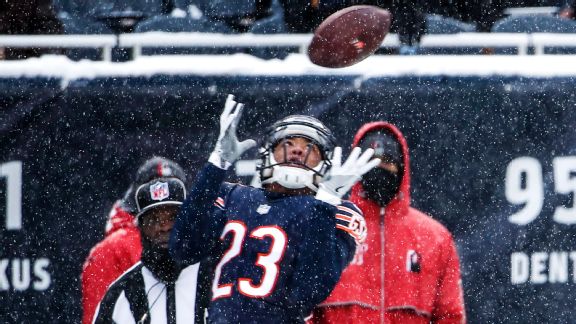 When the Packers signed cornerback Kyle Fuller to an offer sheet Friday, the Chicago Bears had five days to match it.

They didn't even take five hours.

Sources tell ESPN's Adam Schefter that the Bears countered the Packers' offer by giving Fuller a new four-year deal that has a total value of $56 million, with a $14 million average per year. Fuller will effectively be guaranteed $29 million at signing.

The only cornerbacks with richer deals are Josh Norman of the Washington Redskins, Trumaine Johnson of the New York Jets, Xavier Rhodes of the Minnesota Vikings and Patrick Peterson of the Arizona Cardinals.

The Bears placed the transition tag on Fuller on March 6, guaranteeing the cornerback $12.971 million for 2018 and giving Chicago the right to match any offers.

Green Bay had been looking for a top-level cornerback after trading away cornerback Damarious Randall, its first-round pick in 2015, to the Cleveland Browns this week in exchange for quarterback DeShone Kizer.

It now will have to look elsewhere.

After Fuller looked all but done with the Bears before the start of the 2017 season, he turned in arguably his best season with 67 tackles, 2 interceptions and 22 pass breakups. Chicago brought in multiple cornerbacks last spring, in essence to replace Fuller after the 2014 first-round draft pick suspiciously missed the entire 2016 season following a routine knee scope, causing the team to decline his fifth-year option.

Fuller started 46 games for the Bears over four seasons. As a rookie in 2014, he was named NFC Defensive Player of the Week after getting two interceptions against San Francisco in Week 2.