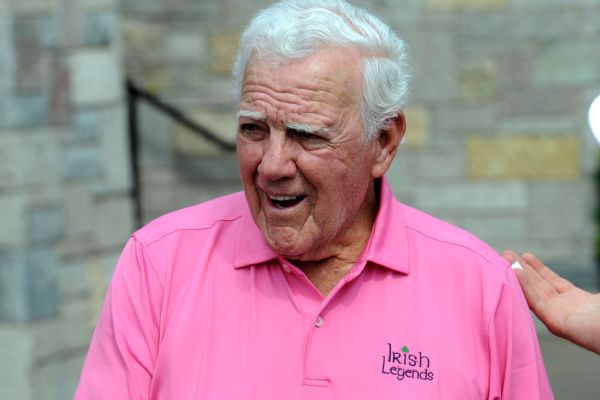 Famed Notre Dame coach Ara Parseghian, 94, is undergoing treatment for an infection in his hip.

Parseghian has had five operations on the hipand currently is being treated at a care facility in South Bend, Indiana, ESPN has confirmed.

Another surgery isn't an option for Parseghian because of his age, and the infection is being treated with antibiotics.Parseghian is also going through a rehabilitation process.

Former players were told via email that Parseghian isn't accepting visitors at this time and were asked to write letters to his home in Indiana.

He coached the Irish in one of the most famous ties in college football history, a 10-10 draw withMichigan State on Nov. 19, 1966. Their collective rosters included 25 All-Americans, 10 NFL first-round draft picks and 31 future pros.

Parseghian later became a television analyst and has remained involved with his former programs. He was an honorary captain for Northwestern's homecoming game in 2010 and has kept in regular communication with Notre Dame coach Brian Kelly.