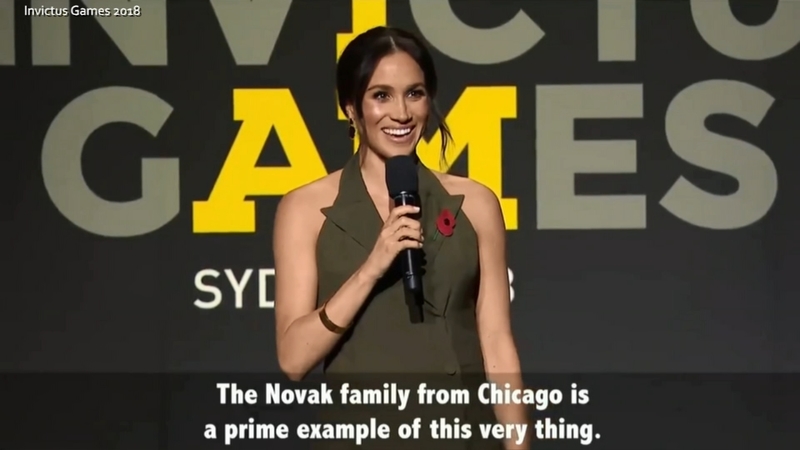 Meghan Markle singled out Chicago-area athlete Ryan Novack during her speech at the closing ceremony of the Invictus Games in Sydney.

Prince Harry founded the games in 2014 based on the United States' concept of the Warrior Games.

The Duchess of Sussex paid tribute to the incredible friends and family of the 2018 competitors, including Novack who served in the U.S. Air Force and grew up in Aurora.

Novack was in an off-road motorcycle accident that left him paralyzed from the waist down. Doctors told him he would never walk again.

"But after speaking to his mom, Karri, it was clear that it was through Ryan's strength of spirit, and with the unwavering support of his parents, that he was able to prove all of those doctors wrong," Markle told the crowd.

Ryan competed in sailing, swimming and other athletics this week.

"When Harry and I saw him at the finish line of the sailing competition, he literally jumped into our boat (with dexterity and ease, by the way) to give both of us a hug," remarked Markle.

"Seeing Ryan's mom on the water that day, waving a flag to cheer him on was a moment I will never forget," Markle said.