Mike Smith: One game at a time 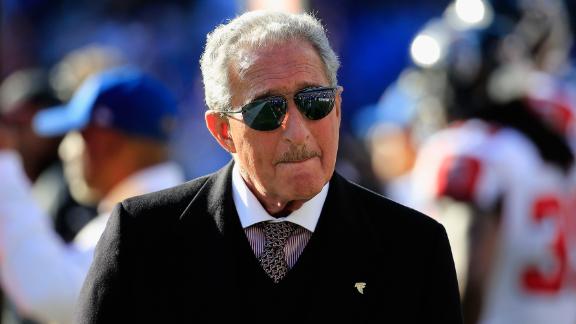 FLOWERY BRANCH, Ga. -- Although his team is 2-6 and a long shot to make the playoffs, Atlanta Falcons coach Mike Smith is not worried about his job security as this juncture.

Smith addressed the media Monday, a day after the Falcons blew a 21-point lead and lost to theDetroit Lions22-21 in London.

Smith was asked Monday if he has any concerns about job security, with his team on a five-game losing streak.

"No," Smith said. "None whatsoever. We're going to do what we've done for the last six-plus years and prepare each and every week like we know how to do it. And I'm going to continue to do that until Mr. Blank tells me otherwise.''

Team owner Arthur Blank recently told ESPN.com he had confidence in both Smith and general manager Thomas Dimitroff to guide a turnaround and said he would wait to see how the season plays out before evaluating changes. But Blank was noticeably frustrated after Sunday's loss in London, telling the Atlanta Journal-Constitution: "There's no way you lose that game -- just no way. There's nothing else I can say."

Smith was asked if he felt a little more pressure based on Blank's public comments about the loss.

"I talk to Mr. Blank after every game and I think that those conversations do stay private,'' Smith said. "And I do agree with him. When you're up 21-0 at halftime, you should not lose that football game.''

Two seasons ago, Smith guided the Falcons to a 13-3 record and a NFC title game appearance. But in the past 24 games, the Falcons are 6-18.

"I haven't done a good enough job, plain and simple,'' Smith said. "Because ultimately, it's my responsibility. So I haven't done the job that I need to do. I've let down the players, the coaches, and the fans thus far. But I think what we plan on doing, we plan on getting hot and making a really good second half of this season.''