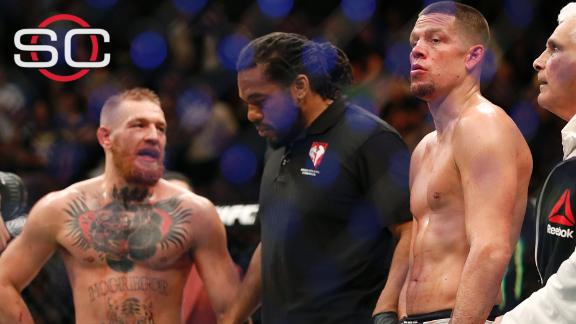 Nate Diaz is under the impression the UFC doesn't believe in the results of his second-round win over Conor McGregor on March 5, saying he thinks that's why the promotion booked an immediate rematch between them at UFC 200.

"I swear to God, the UFC thinks it was an accident or something," Diaz, 30, told ESPN.com. "They think it was an accident, and now they're saying, 'Let's get Nate back in there and take him out before he gets any bigger.'

The rematch is scheduled to headline the UFC 200 landmark event, which will take place in Las Vegas. Earlier this week, UFC president Dana White appeared on SportsCenter to rave about McGregor's "obsession" with avenging his first UFC loss, which ended in a rear-naked choke by Diaz.

White said that McGregor (19-3) was itching to fight Diaz a second time before the dust settled from their first encounter. And McGregor demanded the fight take place at 170 pounds, the same as last time. The only way McGregor thought he could avenge the loss was to recreate the original.

McGregor's shot at redemption is a marketable storyline, but to Diaz, it looks like a gift.

To: Conor McGregor. From: Your friends at the UFC.

"Since that last fight, have you heard any praise for me from Dana or the UFC? None at all," Diaz told ESPN.com. "How much praise has that m-----f----- got? I've never lost a fight and not wanted to fight the guy 10 minutes later. The UFC is pumping him up again, saying he wants to redeem himself and giving him all this credit for it. It's like, dude, I've been obsessed with every fight I've ever lost. This is a gift for him to get it right away.

Not that Diaz (19-10) minds a rematch. Without using specific names, he referred to the majority of the UFC roster as "boring," saying no one has built interest in a fight the way he or McGregor have. He doesn't even expect fighters to talk trash, but just to speak up in general.

"Most are saying what they think they should be saying, and that's f---ing boring," Diaz said. "So, there are no big fights out there."

UFC 196 was a smashing financial success, according to White, and a rematch in UFC 200 represents dollar signs for all involved, including Diaz.

When asked to reveal exactly how much he stands to profit on July 9, Diaz coolly responded, "I'm making a lot of money, but not enough."

As far as the second fight taking place at 170 pounds, Diaz didn't seem to mind. McGregor is the 145-pound featherweight champion, and Diaz is a longtime lightweight. The only reason the first fight occurred at 170 was because it took place on short notice. McGregor was originally supposed to fight 155-pound champion Rafael dos Anjos at UFC 196, but dos Anjos was forced off the card with a broken foot.

Diaz accepted the fight on 11 days' notice, and McGregor agreed to have it at welterweight since his new opponent wasn't in camp. Diaz wound up losing the first round but came back strong in the second, eventually finishing McGregor with the 12th submission of his career. It would make sense to have a second fight at lightweight, but Diaz said he's fine keeping it at the welterweight limit.

"He knows that if he goes in and changes circumstances, then that's weak," Diaz said. "It's not cool to go in and make your own set of rules because you lost on another set. If you're going to avenge your loss, you've gotta go out and avenge it for real. It's like a guy saying, 'Let's fight again, but no takedowns.' That's weak, and he knows that."

"I think I can beat every fighter from my weight up to heavyweight," Diaz said. "I really do feel like I'm better than everyone, but I feel like if I don't go in there and do what I'm supposed to do, you can f--- up and lose to anyone. So even a guy I just beat, I need to make sure I prepare and get the job done. Kill or be killed. There's a lot of pressure in this sport. I need to go in and make s--- happen my way."

Diaz stokes the flames between himself, UFC and McGregor
ESPN MMA writer Brett Okamoto recaps the interview he had with Nate Diaz in which Diaz spoke about his win against Conor McGreg, saying, "The UFC thinks it was an accident." 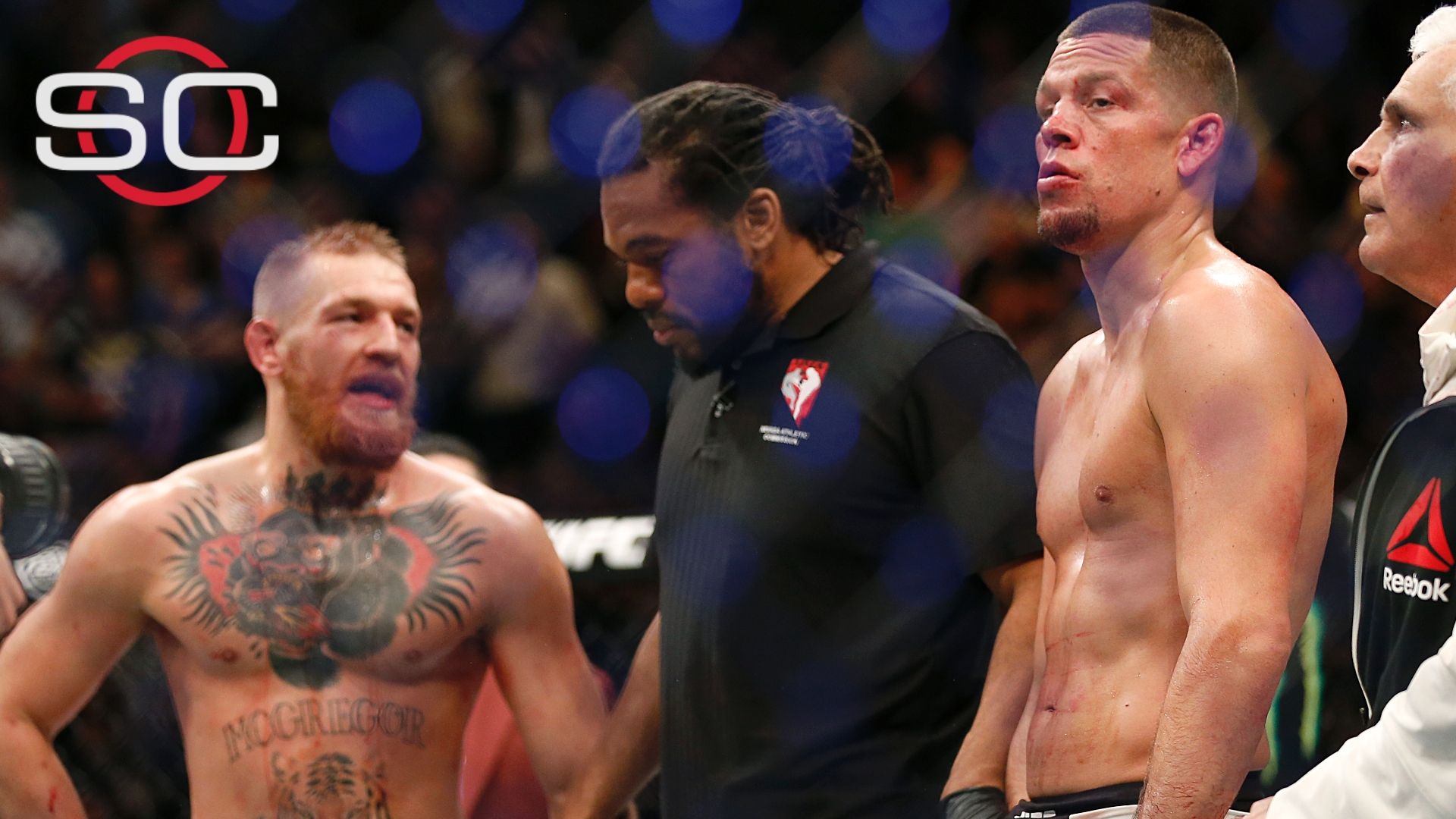