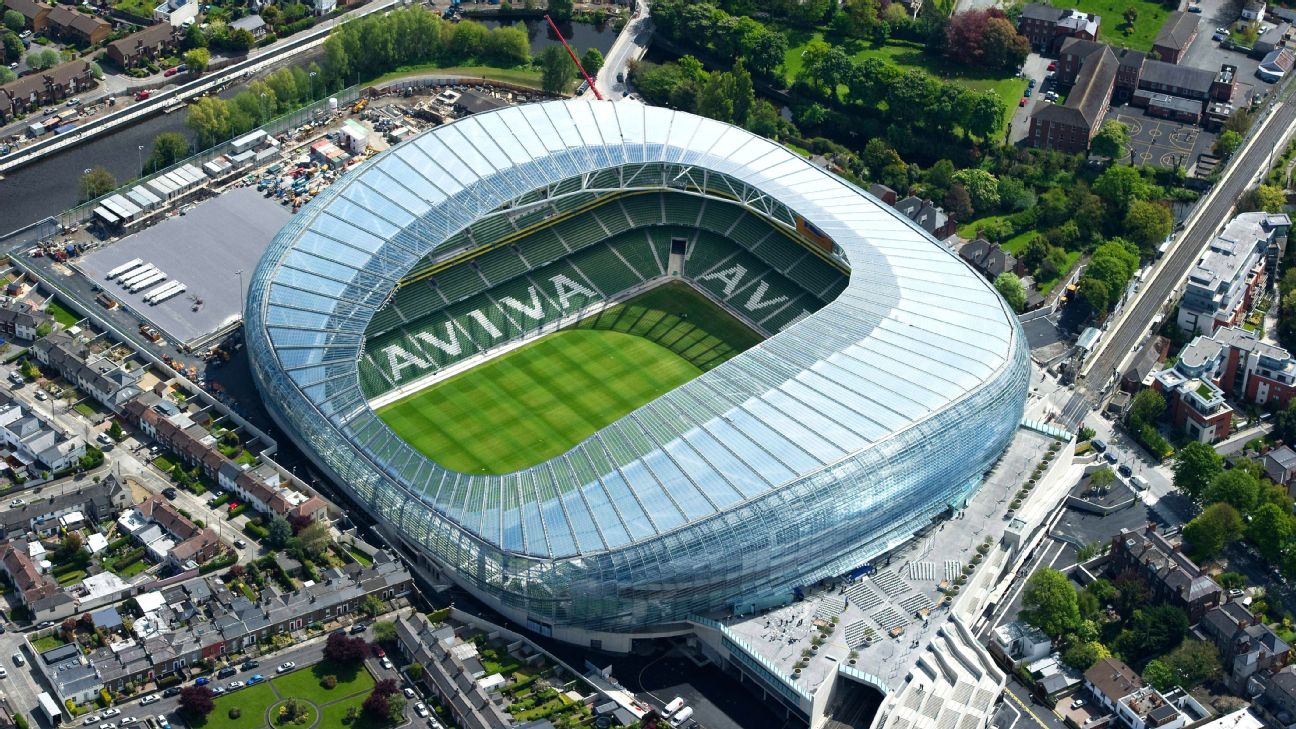 Navy athletic director Chet Gladchuk said Thursday that he still expects Navy and Notre Dame to open the season on Aug. 29 in Dublin, Ireland, but acknowledged the medical authorities monitoring the coronavirus pandemic will have the final say.

"We're going to play it," Gladchuk told ESPN. "We expect this to pass. We're not nave. We're five months away from that game happening. There's a lot that could happen in five months. If the economy and the United States are still shut down in five months, we all have significant issues, more so than a game in Dublin."

Both schools have sold out their ticket allotments for the Aer Lingus College Football Classic, Gladchuk said, and two weeks ago, it took only 75 minutes to sell the remaining 6,000 tickets online in Dublin.

"If you weren't at your computer with your finger ready," Gladchuk said, "you missed it."

He said hotels and flights are all still booked, the game is sold out, the sponsorships are set, Dublin's Aviva Stadium is ready and over 30,000 people are expected. Gladchuk estimated 65% of the attendance will come from the United States.

Notre Dame coach Brian Kelly was cautiously optimistic and said the season opener is one of many issues athletic director Jack Swarbrick is dealing with right now.

"We'd like to play the game in Ireland," Kelly said. "Whether we can or not that's still a topic that's being discussed. We'll have some alternatives, and whether there's a particular date I can't give you right now, but those discussions are underway."

The Irish and Midshipmen would be making their third visit to Ireland; in 1996, they met in Dublin at Croke Park for the first time, with the Irish defeating Navy 54-27, and then the Irish defeated Navy 50-10 at Aviva Stadium in 2012.

"The game is important, but nothing will supersede the medical issues and the direction we get from the medical authorities," Gladchuk said. "As ambitious as we are, it's got to be cleared and travel has to be cleared and international travel has to be cleared for that to be realistic."
Report a correction or typo
Related topics:
sportsespnnewsnavy midshipmencollege footballnotre dame fighting irish
Copyright © 2022 ESPN Internet Ventures. All rights reserved.
TOP STORIES
Death toll rises to 21, mostly children, in TX school shooting
Uvalde school shooting: What we know about 19 kids, teacher killed
Republican candidates for Illinois governor face off in 2 forums
Father of Texas yoga instructor accused in cyclist's murder speaks out
Chicago expected to move to 'high' COVID level by Friday, Arwady says
Gary teen killed in shooting identified by family
Chicago Weather: Showers and storms Wednesday
Show More
Woman shot near CTA Red Line stop on South Side
Biden says 'we have to act' after Texas school shooting
1 killed in 10-vehicle crash on I-294 in Glenview
Long COVID symptoms mainly affect women in their 40s, study finds
Watch Steve Kerr's raw, emotional plea after Texas shooting
More TOP STORIES News