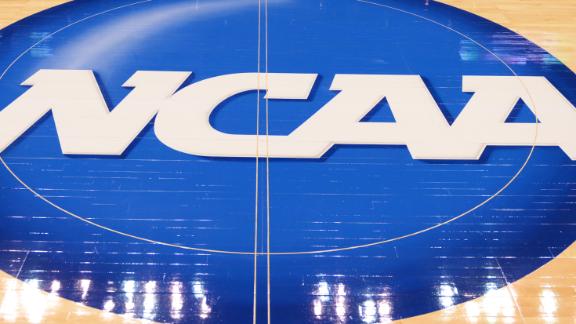 A federal judge on Friday denied motions by the NCAA that would delay trial on an antitrust suit by former UCLA basketball player Ed O'Bannon and others, ordering the trial to go forward next month in California.

Judge Claudia Wilken ordered a June 9 trial in Oakland, California, on the antitrust lawsuit. The plaintiffs are seeking an injunction that would allow Division I players the right to band together to sell their services in an open market.

If successful, the lawsuit could upend the NCAA's current model built upon the concept college athletes are amateurs and shouldn't be compensated beyond tuition and basic room and board.

"If this is a business -- which they admit it is -- it's got to run as a business in all aspects," said Michael Hausfeld, lead attorney for the plaintiffs. "And a competitive business operating in open markets can't fix their cost of labor."

Wilken denied the last of the NCAA motions to delay the trial until February with a pair of rulings that went against the organization. At the same time, she set another trial for next March on claims by other athletes that the NCAA and video-game maker Electronic Arts misappropriated athlete names and likenesses for NCAA-branded video games.

The NCAA said in a statement that it is ready for a trial that will focus strictly on the antitrust argument before the judge and not a jury in the wake of a decision earlier this month by plaintiffs to drop their demand for individual damages.

"Although the plaintiffs' eleventh-hour change in strategy has denied a jury the opportunity to decide the important issues in the O'Bannon litigation, we are prepared for trial and look forward to presenting our case to the judge," said Donald Remy, the NCAA's chief legal officer. "At the same time, we will continue to prepare for a jury trial in the Keller case that is scheduled for March."

A total of 20 former college athletes -- including such names as former NBA stars Bill Russell and Oscar Robertson -- are plaintiffs in the suit that seeks an injunction that could allow athletes to band together and sell their services to colleges, either in the form of pay or extra benefits the NCAA doesn't currently allow.

Hausfeld said one of the most significant features from the judge's decision is that she will allow evidence into the trial that speaks to issues related to the use of athlete likenesses in video games.

Some of the examples the plaintiffs have discovered that support their position are emails from NCAA officials that appear to show their intent to allow the use of specific athlete images in the video games created by Electronic Arts.

The trial comes at a time when so-called amateur athletics have exploded into billion-dollar enterprises, largely due to huge television contracts for major college football and basketball games and tournaments. At the same time the suit is coming to trial, the major conferences are moving to liberalize rules and add both money and medical and scholarship protections to college athletes.

"The athletes are presently being shortchanged dramatically, and the latest proposals for the big conferences are an admission of that," Hausfeld said. "The landscape for athletes will be forever changed in their favor, but not necessarily in an unrestrained manner. It is still under the auspices of those who control the market. They are dictating what will be the benefit as opposed as to what should occur in a free market."

Legal analyst Marc Edelman said the decision by the plaintiffs to forgo damages was the key to getting the trial to move forward because there were a lot of competing claims about who could be paid and how much if they win. Now the trial will be more condensed and focus strictly on whether the NCAA illegally has restrained the market for amateur athletes.

"What I expect to happen after a ruling in favor of the plaintiffs by the judge at trial is that individual colleges or conferences will make their own rules in respect to licensing rather than the NCAA," said Edelman, an associate professor of law at City University of New York who specializes in sports and antitrust issues. "This is a movement from an illegal restraint of trade toward a free market, and I very much like their chances at trial."

If it goes to trial as expected, it will come a month before the fifth anniversary of the filing of the suit on behalf of O'Bannon and others. O'Bannon said previously he agreed to be the lead plaintiff after seeing his image from the 1995 UCLA team that won the national championship used in a video game without his permission.

Tom Farrey of ESPN's "Outside the Lines" and The Associated Press contributed to this report.