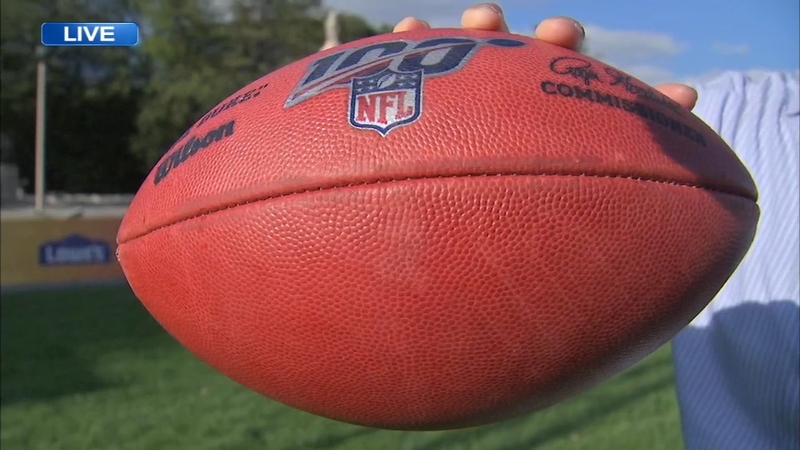 CHICAGO (WLS) -- The Chicago Bears kick off their 100th season Thursday night against the Green Bay Packers at Soldier Field.

While the rivalry is always a fan favorite, the NFL is also hosting a series of events in Chicago this week to celebrate the start of football season.

Starting at noon Thursday, The NFL's 100th anniversary party will be a football fantasy land.

You can snap a pic with the Vince Lombardi trophy and all 53 super bowl rings. Fan will also be able to get autographs from Richard Dent, Jim McMahon, Matt Forte and Charles Tillman. You can even test your own football skills in Grant Park.

Before the first snap of 2019 season, Diane Latiker has already scored a pair of Super Bowl tickets.

NFL Commissioner Roger Goodell and Chicago Mayor Lori Lightfoot surprised Latiker, who has helped thousands of Chicago children from her own home through her Kids Off the Block nonprofit.

"Coats, shoes, feeding, whatever they need to get the power of the gun out of their hands," Latiker said.

Service at the heart of the NFL's Huddle for 100 challenges one million fans to each volunteer 100 minutes. The initiative gives back and responds to social justice criticisms that has weighed heavily on the league.

For now, that meant beautifying Douglas Park and giving neighborhood kids places to play with pride.

Former Bears player and Hall of Famer Orlando Pace was also in attendance, but noticeably no one from Green Bay.

"There aren't any Packers out here. This is Bear country," Pace said.

The event is free and will begin in Grant Park at noon.