NFL commissioner: 'Everyone should stand' for National Anthem 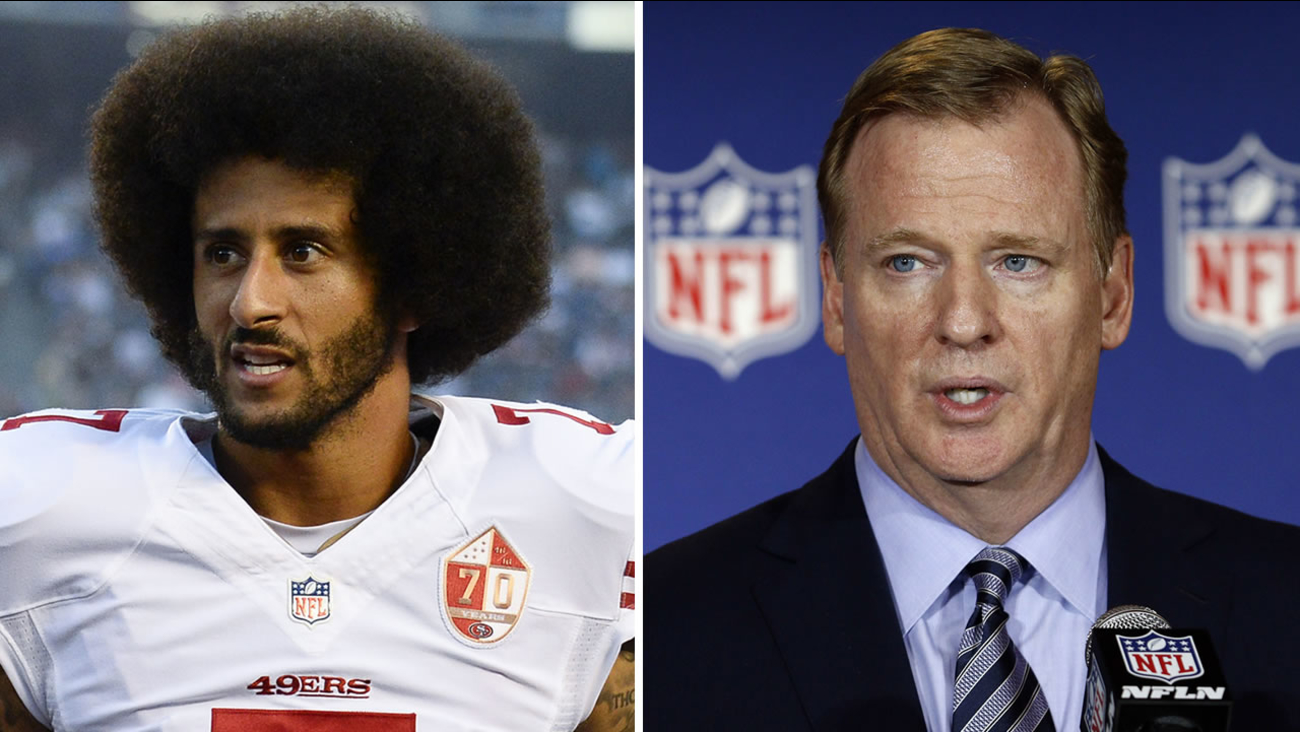 NEW YORK -- NFL Commissioner Roger Goodell says the league needs to "move past this controversy" over the National Anthem.

In a letter to team executives that was obtained by CNNMoney, Goodell wrote that the dispute "is threatening to erode the unifying power of our game, and is now dividing us, and our players, from many fans across the country."

"Like many of our fans, we believe that everyone should stand for the National Anthem," he wrote. "It is an important moment in our game. We want to honor our flag and our country, and our fans expect that of us."

The National Anthem protest began in 2016 when 49ers quarterback Colin Kaepernick took a knee rather than stand as the song played. He used the demonstration as a way to speak out against the treatment of black Americans, particularly by police.

Since then more players have joined the protest.

President Trump decried the kneeling protests during a campaign-style rally in Alabama in September. Trump said that any players who refused to stand should be fired.

"Wouldn't you love to see one of these NFL owners, when somebody disrespects our flag, to say, 'Get that son of a bitch off the field right now. Out! He's fired. He's fired!'" the president said at a rally for Republican senator Luther Strange, who went on to lose.

After Trump's attack, hundreds of players joined the protest and the NFL promoted the message that it was unified. Several owners released statements criticizing the president's comments and some locked arms with their players during the anthem.

This past Sunday, Vice President Mike Pence left a game between the Indianapolis Colts and San Francisco 49ers as players took a knee during the anthem. President Trump tweeted that he had instructed Pence to leave the game if players didn't stand for the anthem.

Currently, there is no rule that requires players to stand.

The game operations manual says that players "should stand at attention, face the flag, hold helmets in their left hand, and refrain from talking."

According to an NFL spokesman, team owners will discuss the National Anthem protest and possible changes to NFL guidelines when they meet next week.

In his memo to execs, Goodell said "we also care deeply about our players and respect their opinions and concerns about critical social issues. The controversy over the Anthem is a barrier to having honest conversations and making real progress on the underlying issues."

"We need to move past this controversy, and we want to do that together with our players."