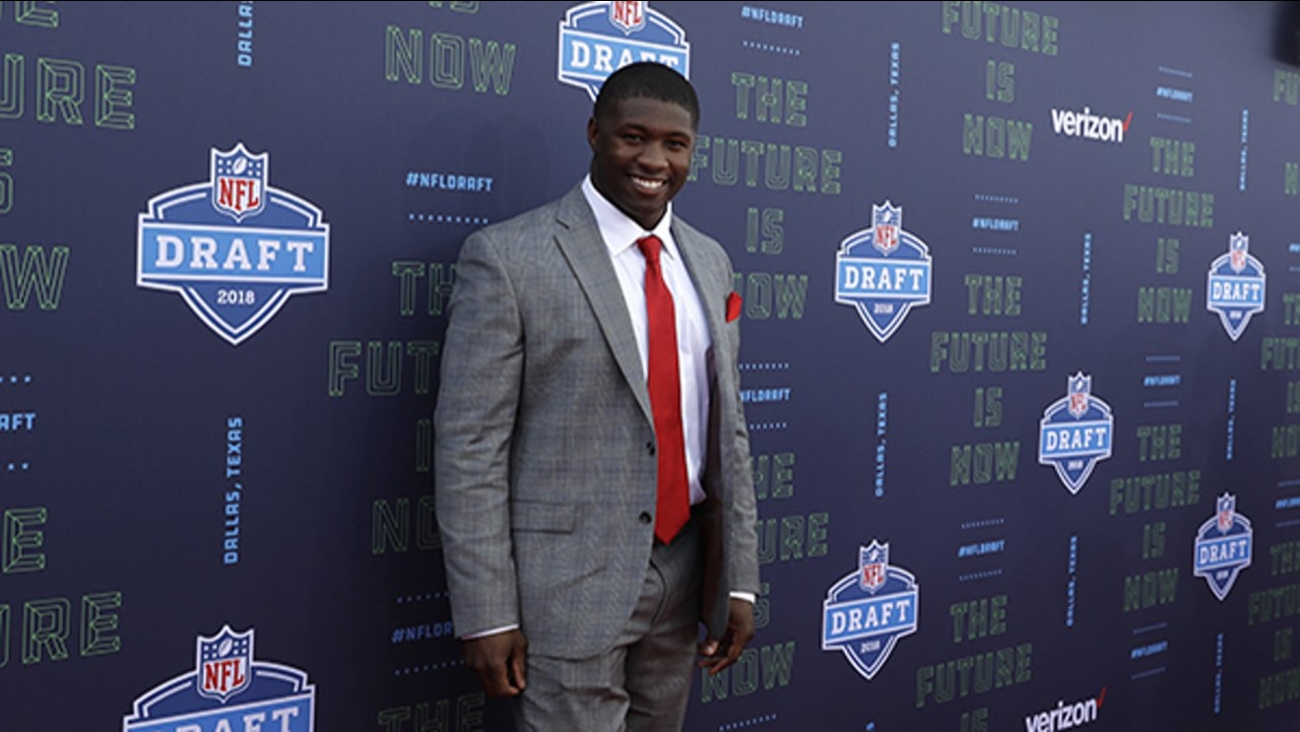 Georgia's Roquan Smith poses on the red carpet before the first round of the 2018 NFL football draft, Thursday, April 26, 2018, in Arlington, Texas. (AP Photo/Eric Gay)

The Chicago Bears have drafted Georgia linebacker Roquan Smith with the No. 8 overall pick, adding a potential cornerstone on defense rather than another offensive player.

The Bears have spent the offseason collecting pieces they believe will help Mitchell Trubisky develop into a franchise quarterback. But when Indianapolis took Notre Dame guard Quenton Nelson with the sixth pick, it became apparent Chicago would address the defense.

The Butkus Award winner as college football's best linebacker in 2017, Smith has the speed to wreak havoc on opponents. At 6-foot-1, 236 pounds he is a bit undersized but has the ability to drop back in pass coverage. Smith figures to play inside with former first-round pick Leonard Floyd on the outside.

He joins a team with four straight last-place finishes in the NFC North and just one playoff appearance since the 2006 team's run to the Super Bowl. The Monsters of the Midway haven't finished with a winning record since 2012, Lovie Smith's last season as coach.

The Bears fired John Fox after three seasons and replaced him with an offensive-minded coach in Matt Nagy, who spent the past 10 years working on Andy Reid's staffs in Philadelphia and Kansas City. They also gave Trubisky some new targets, most notably signing former Pro Bowl receiver Allen Robinson.

The Bears were still looking to add a playmaker on defense. Chicago ranked 10th overall last season despite injuries to several key players, including Floyd, and tied for seventh in the NFL with 42 sacks last season. But the Bears let linebackers Pernell McPhee and Willie Young go.