WLS
By Michelle Gallardo
CHICAGO (WLS) -- The NFL Draft returns to Chicago for the first time in 51 years on April 30. It's estimated over 100,000 people will take part in the festivities between Thursday and Saturday. NFL Draft Town in Grant Park was open on Wednesday for a sneak peek into the weekend's festivities, and the NFL delighted some young fans with a game of flag football. 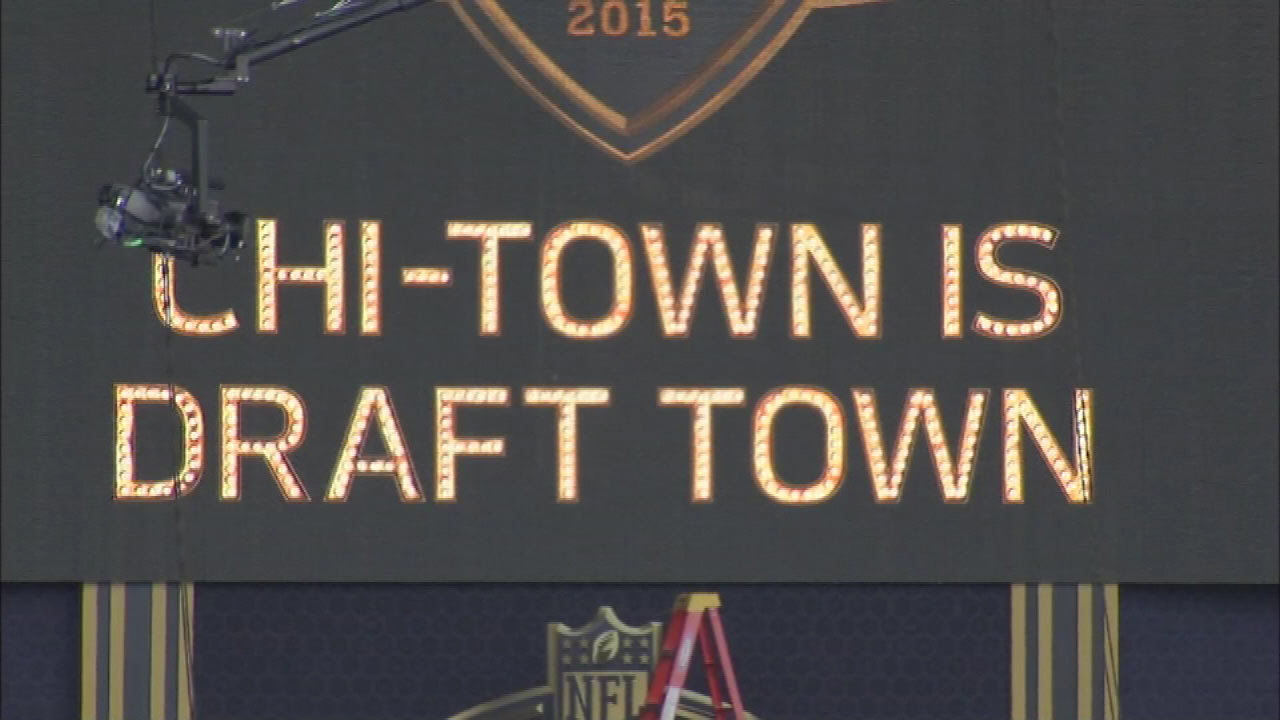 PHOTOS: NFL Draft comes to Chicago
The NFL Draft returns to Chicago for the first time in 51 years on April 30.

It's not every day school children play with some of college football's biggest stars, but that's exactly what happened as some of the NFL Draft's top prospects join in a flag football clinic in Grant Park. The event was part of the NFL's Play 60 campaign to promote youth fitness.

The event signaled the official kickoff of the city's draft weekend festivities, and NFL commissioner Roger Goodell and Chicago mayor Rahm Emanuel were on hand.

"We're loving it. It's just been awesome," Goodell said. "The people of Chicago have been great."

The event was the first time many got to meet some of the players who will be part of the draft, among them Kevin White who is rumored to be drafted by the Chicago Bears to replace wide receiver Brandon Marshall.

"I'm excited, nervous, anxious, all of the above," White said of the weekend ahead. "Just praying for the best. Whatever happens, I'll try to make the best of it."

While Bears chairman George McCaskey was tight-lipped about who the Bears might draft he is ready to get down to business.

"There is always a bunch of enthusiasm," McCaskey said. "There is a bunch of nervousness. You're always eager to see who you're going to get, who's going to be the next star for the Chicago Bears."

Over a few weeks, Grant Park has transformed into NFL Draft Town, the first-ever fan fest which is nearly complete. It includes a combine corner where fans can run the 40 against a video wall representation of the NFL's top stars, a skydive simulator aptly named the "Sweetness Simulator" after Bears legend Walter Payton. Payton's son Jarrett was one of the first to test it out.

"If my dad jumped over people that high I don't know that I want to leave my feet ever again," Jarret said. "I'll stay right here on the ground."

For the mayor, who fought hard to get the NFL to come to Chicago in the first place, this is just the first quarter.

"My goal, as I've said from day one, is when Roger Goodell and the NFL leaves the city they say, why do we not bring this back to the city of Chicago."

The NFL Draft begins Thursday evening, but Draft Town will be open to the public Thursday and Friday from 4 p.m. to 10 p.m. and Saturday from 10 a.m. to 7 p.m.
Related topics:
sportsloopgrant park ilnfl
Copyright © 2020 WLS-TV. All Rights Reserved.
RELATED 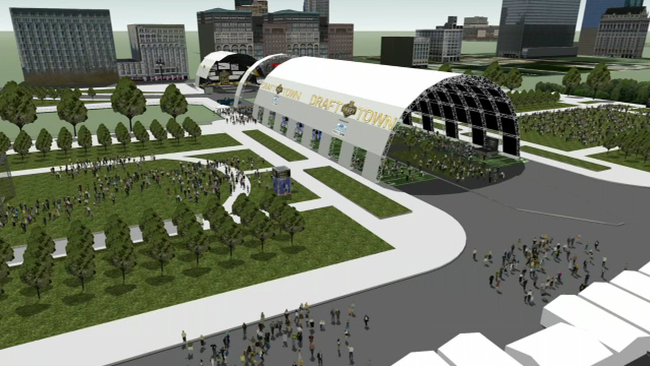