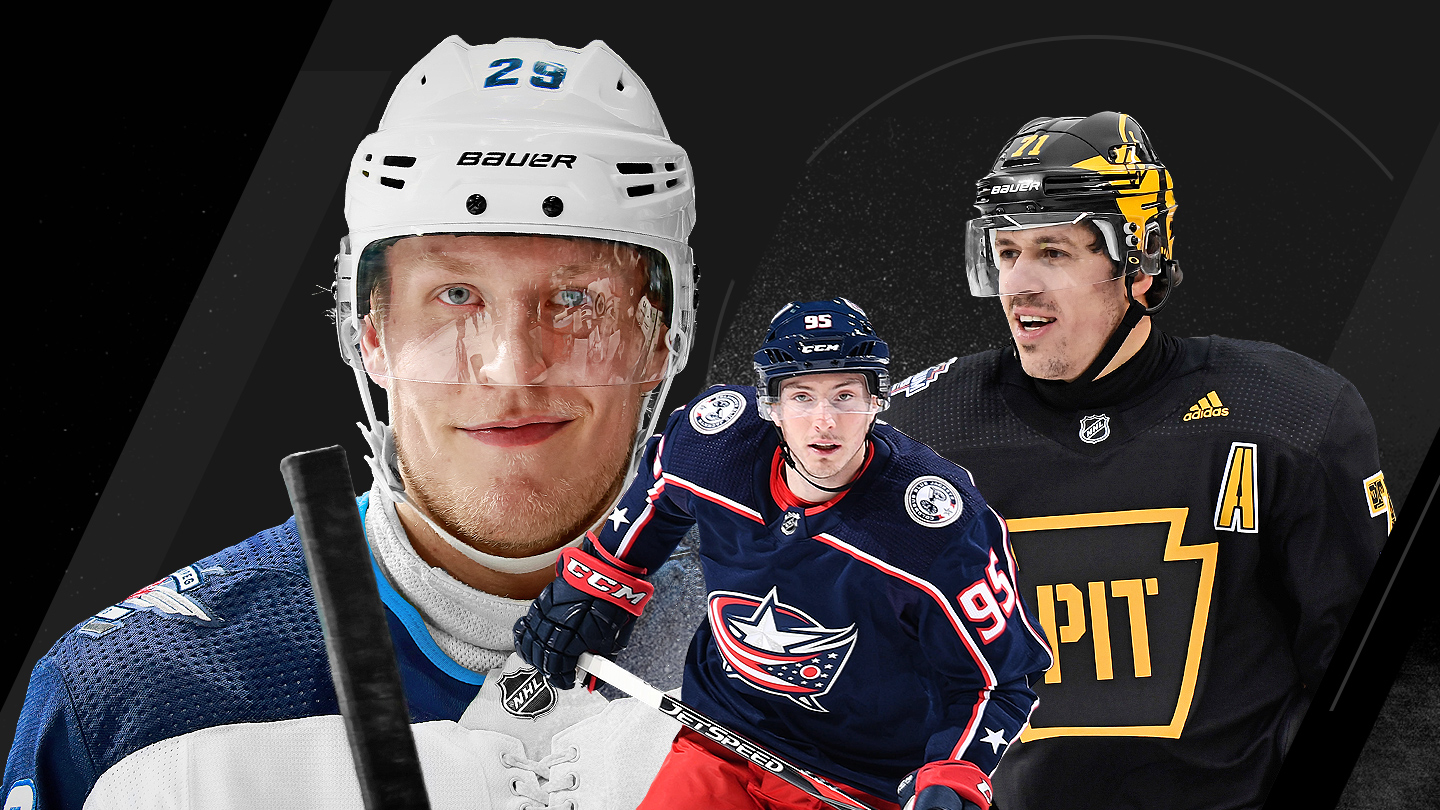 The trade deadline has passed, and the scramble for a playoff spot -- especially in the West -- has ramped up. For this week's Power Rankings, we identify the player under the most pressure for the rest of the season.

The ESPN hockey editorial staff submits polls ranking teams 1-31, and those results are tabulated to the list featured here. Teams are rated through Tuesday night's games, taking into account overall record, recent success and other factors such as injuries.

Veteran winger is probably putting some pressure on himself after being told he was the 13th forward earlier in the month. He has one year left on his contract, with a $5.8 million cap hit.

GM Brad Treliving decided not to reinforce his goaltending at the trade deadline. All eyes are on the duo of to see if they can hold up their end of the bargain, or if goaltending will be a liability for the high-octane Flames.

The Sharks have been competitive for so long, but they'd like to win one already, especially for 39-year-old , who is re-signing now on a year-by-year basis. GM Doug Wilson has put enough pieces around him.

Local boy gets a chance to revive his career after stalling in Minnesota. There's decent pressure on the forward considering Boston gave up on a promising young talent (Ryan Donato) to get him.

chose his hometown team in free agency because he wanted to help Toronto snap a 52-year Stanley Cup drought. Well, the Cup window is now open.

Reigning Calder winner inherited the No. 1 center role when Tavares left and surely wants to outperform him in the latter's return to Long Island on Thursday. Barzal has only 10 points in his past 20 games, with no multipoint games.

appears to be breaking out of his slump now, and he has a new center in Kevin Hayes. But the Finnish sniper (who hits restricted free agency this summer) can't endure another stretch like his recent 28-game dry spell, during which he scored only two goals.

was brought in for his physicality, but most Predators fans are hoping he can fix the club's ailing power play. Since 2013-14, only Alex Ovechkin has more power-play goals than Simmonds.

The Caps were looking for "this year's Michal Kempny" at the deadline and settled on unheralded . The former Detroit defenseman immediately signed a four-year extension, which heightened expectations.

There's pressure on this entire team to win now, even for the players GM Jarmo Kekalainen just grabbed at the deadline. That includes , who is now on his third team in as many seasons.

The Blues turned it around with goaltending from Jordan Binnington, but also when 's bad puck luck improved. There's decent pressure for the Russian sniper (30 points over his past 22 games) to keep his foot on the gas.

It hasn't always been the easiest season for , whose 0.35 goals per game pace is below his career average of 0.47. The Pens' No. 2 center needs to turn it up as his team fights for a playoff spot.

was a trade candidate, but Carolina decided to hang on to the winger as their own "rental." He needs to back up the move with continued offense; if he does, he'll get a big payday in free agency.

This team is on the playoff bubble, but is feeling some heat. It has been disastrous this season, ranking second worst in the league at 12.7 percent.

With a max eight-year extension agreed to already (and an over-the-top welcoming party greeting him at 2:58 a.m. at the airport), all eyes are on how performs in the desert.

fizzled out of favor in Nashville because of inconsistency. Paul Fenton always believed in him, though, and Fiala will want to prove he's worth the player for whom he was traded, Mikael Granlund.

The trade deadline acquisition to help generate offense (Mats Zuccarello) is already out four weeks. That puts an extra burden on stars , who were called out by their team CEO earlier in the season.

Wayne Simmonds was the emotional heartbeat of this team, so to make sure the Flyers trend in the right direction for the rest of the season, they'll count on 's leadership.

. One (or both) of these goaltenders needs to ratchet up his game so the Avs can make a late push for the playoffs.

The team has been depleted by injuries. Now the onus could fall on some newly healthy players, such as , to keep the Yotes fighting for a playoff spot.

The Sabres were the darlings of November after a 10-game winning streak put them atop the league. To finally make the playoffs, might need to will his team there, in the same way Taylor Hall did for New Jersey last season.

has gotten a second hockey life in the Second City. If he keeps it up for the rest of the season, the 21-year-old could be due for a big payday sooner rather than later (though he has another year left before becoming an RFA).

The person under the most pressure in Florida is . After a depressing season, the Panthers are poised to take big swings in free agency. Can the veteran GM execute a haul? Will he even be the one to have the chance?

Stellar rookie Elias Pettersson has carried the team thus far, but at the deadline, he got more help. , once an important young piece for the Kings, is looking to get back on track in Vancouver after his second trade this season.

It has been a season of tough love for 23-year-old , who has been benched quite a bit by David Quinn. Buchnevich's entry-level deal expires this summer.

A new GM will come in to clean up the mess (hopefully). In the meantime, if a player like (a pending UFA not moved at the deadline) wants to stick around, he can prove it with an impassioned finish.

, 32, must prove he can still be a starter in this league (he's under contract three more seasons). Lurking is 22-year-old Mackenzie Blackwood, who will now get an extended audition.

The Ducks have huge decisions looming this summer, as GM (and interim coach) Bob Murray mulls a shakeup. Captain wants to stick around. He can show why he's worth it with a strong finish.

The Red Wings hope this will be their last year (at least for a while) trading away players at the deadline. Coach will spend the rest of the season trying to prove he's the right man to guide them back to contention.

The Kings don't have any pending UFAs this summer, which is part of the problem. But players like will want to finish the season strong or they will continue to be the subject of trade rumors.