NHL Power Rankings after Week 15: Bar trivia for all 31 teams 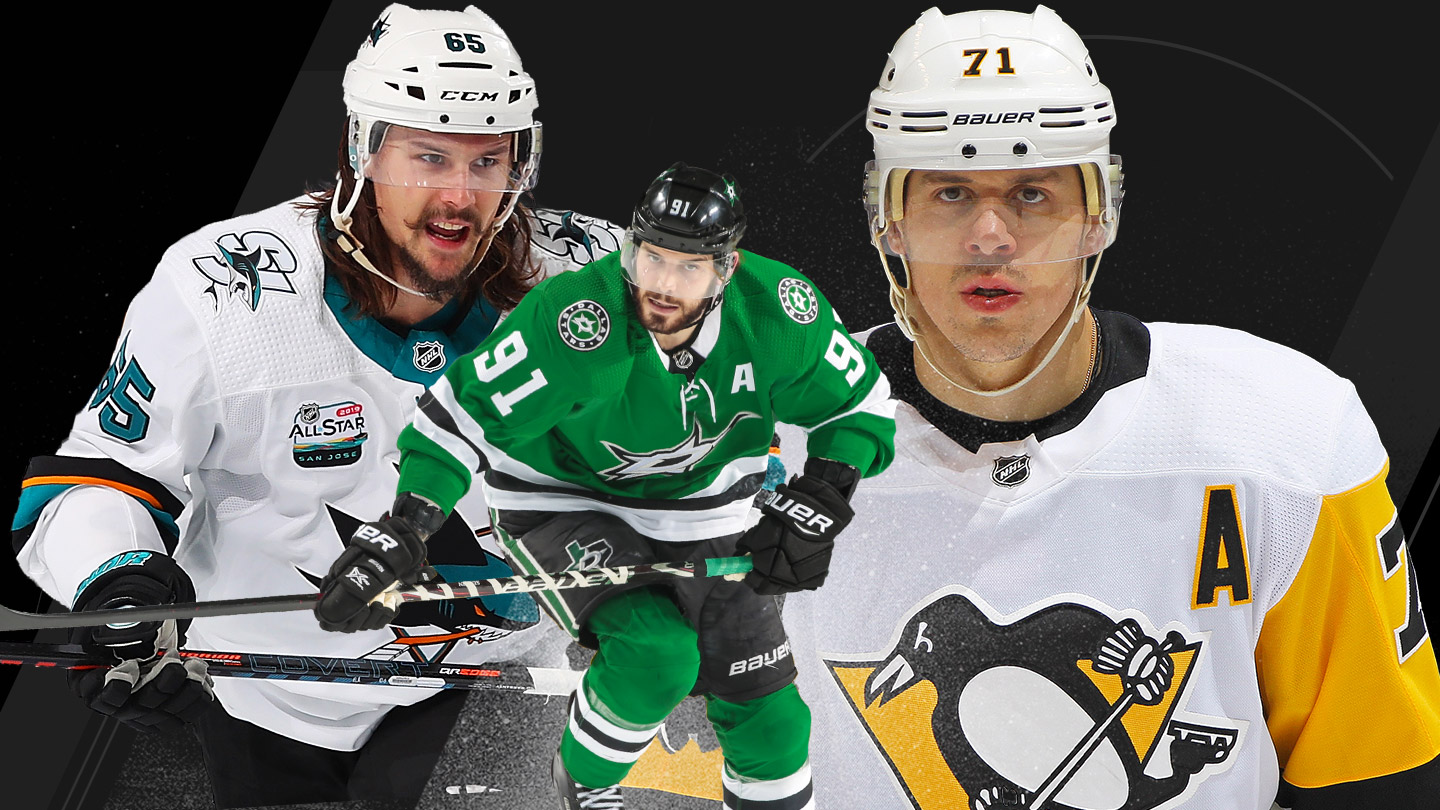 Trade season is officially underway, and while we look ahead to what might transpire, it's never a bad time to have some fun with trivia facts about every team in the league. Think of this as a supersized version of "Sach got your number" from the ESPN On Ice podcast.

Note: All stats are accurate through games of Jan. 16.

If the Lightning win the Cup with their current group, they will be the first team since the 1988-89 Flames to not have a previous Cup winner on the roster.

Three different Flames--Sean Monahan, Johnny Gaudreau and Mark Giordano--have been named the NHL's First Star of the Week, the most of any team.

Want to silence the crowd? The Predators have scored six empty-net goals on the road, most in the NHL.

Sharks forward Evander Kane leads the NHL with 26 penalties committed. Despite this, the Sharks have spent the eighth-fewest minutes on the penalty kill.

The Jets lead the league with 12 first-round picks on their roster, led by 2016 second overall pick Patrik Laine.

The Maple Leafs have attempted 1,423 shots, which ranks 18th in the league, but have missed the net the most often (612 times), shooting wide on 43 percent of those shots.

Goalie Marc-Andre Fleury leads the league in wins. At age 35, he could finish the season as the oldest leader since Martin Brodeur at age 37 in 2009-10.

The Capitals have had 235 minutes of power-play time this season, and Alex Ovechkin has been on the ice for 88.5 percent of that (208 minutes, 46 seconds) -- the highest percentage in the league.

Don't look away when this team gets the man advantage. The Penguins have the No. 5 power-play rate (25.8 percent) but have also surrendered the most short-handed goals (10).

The Blue Jackets are the youngest team in the league despite having only one rookie on the active roster, center Kevin Stenlund.

Has the local pro team taken a side in a collegiate rivalry? Boston College and Boston University have both produced 18 active NHLers, but the Bruins feature three former BU Terriers and no former BC Eagles.

Is this Canada's team? The Islanders have the most Canadian provinces (seven) represented on their active roster.

The Canadiens have had 20 lefty-shooting players appear for the team this season, most in the league.

Before the 10-game winning streak Buffalo went on in November, the team's previous 10-game streak was in 2006-07. Jason Pominville was there for both.

Nathan MacKinnon has been on the ice for 94 goals by his team, most in the NHL among forwards.

There are 721 wild animal species native to Minnesota, 20 higher than the combined number of wins (regular season plus playoffs) in franchise history.

Elias Petterssonis tied for the league lead in game-winning goals (seven). No rookie has ever led the NHL in that category in the modern era.

The Hurricanes have committed the fewest dollars in the league toward their forward group yet still lead the NHL in shots per game.

The Oilers are 6-9-1 against Pacific Division foes, the second-worst record of any team against its own division. They are 16-12-2 against everyone else. Prorate that "everyone else" record over 82 games, and they'd be a 93-point team.

Thirty-one players have suited up for the Ducks this season, most for any team in the league.

The Rangers have participated in 15 fights, second most in the NHL, led by forward Cody McLeod, who's tied for the league lead with five.

Opponents might be wishing they could just decline penalties. In addition to having the NHL's best penalty kill (88.7 percent), the Coyotes lead the league in short-handed goals (14).

The Devils and the Jets are the only two teams this season to win a game in five different time zones.

The Panthers have the worst winning percentage this season when scoring first, at .350.

The Blackhawks' roster has eight nationalities represented, tied with the Blue Jackets for most in the NHL.

The Flyers recently picked up all-time regular-season win No. 1,993. That was also a notable year, as it was Eric Lindros' first full season with the Flyers, and the year current blueliner Shayne Gostisbehere was born.

The Kings feature a member of the 2011-12 Devils (Ilya Kovalchuk) and the 2013-14 Rangers (Carl Hagelin), the two teams they defeated to win the Stanley Cup.