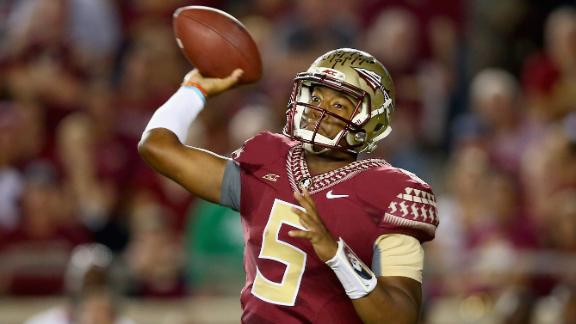 Nike has likely assured itself of the top overall pick in the NFL draft.


Signing Winston certainly has its risks. On Thursday, Erica Kinsman, who accused the quarterback of sexually assaulting her in 2012, filed a civil suit against him. Winston was never criminally charged and the university ruled that there wasn't enough evidence to say that Winston was in violation of the school's conduct code. Winston's attorney denied the accusations again after the suit was filed.


"Jameis has stated his innocence regarding serious charges made against him," a Nike spokesman said in a statement provided to ESPN.com. "We'll continue to monitor the situation."


It has been a tough year for Nike from an endorser standpoint. In the past eight months alone, Nike terminated the contracts of NFL players Ray Rice and Adrian Peterson and sprinter Oscar Pistorius. Cleveland Browns quarterback Johnny Manziel, the star of last year's draft class for Nike, had a disappointing season and spent most of the offseason in rehab.


Winston is likely to be the No. 1 overall pick in the NFL draft, which will take place in Chicago beginning on April 30.