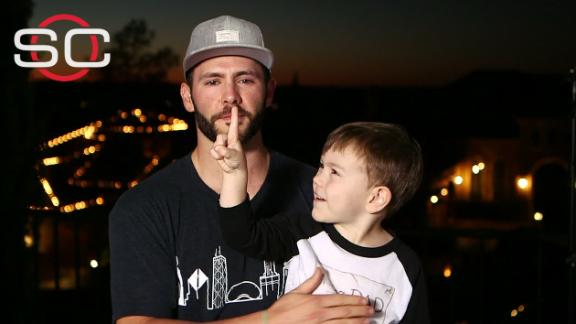 In early October, Cubs president Theo Epstein was told by a reporter that Jake Arrieta carried himself like he was the best pitcher in baseball. Epstein smiled.

There was no magic wand, no cinematic moment of truth that can explain Arrieta's rise from Baltimore bust to Chicago Cy Young. It is simply the result of talent, hard work, sublime confidence and a good support staff coming together.

The Cubs swept the first three Baseball Writers' Association of America awards with Kris Bryant and Joe Maddon winning rookie and manager honors, respectively. It was that kind of season for the North Siders.

What Arrieta did in 2015, from his no-hitter in Los Angeles to his late-season dominance, mirrored the exploits of his team. They all had the potential to be great, the raw talent and the mental makeup. But everything clicked. An overnight success was years in the making.

Arrieta's Cy Young was won in the second half of the 2015 season, when he put together a historic run with a 12-1 record with an 0.75 ERA in 107 1/3 innings over 15 starts. During that time, he would barely admit to thinking about winning the Cy Young. He would say it was something he would talk about with his wife after putting the kids to bed and pivot his attention to the team, which won 97 games in the regular season.

Privately, Arrieta, who went 22-6 with a 1.77 ERA, knew he was very deserving of the award, and the writers agreed, giving him 17 of 30 first-place votes, 169 points overall. He put in the work and saw the results.

His teammates took to Twitter to congratulate him on the award.

Arrieta admits that being in the same conversation as legends like Bob Gibson, who had a similar stretch in his mythical 1968 season, has him in awe.

"It makes you step back and really appreciate that you're in the history books with Hall of Famers," he said in a conference call with reporters. "It's special. The more time goes by, it's going to only make me appreciate it more."

He knew he was capable of throwing a shutout or a complete game most times he took the mound in August and September.

"I was locked in, and what I mean by that was my timing and my tempo and my delivery were as close to perfect as I feel they could be," he said.

He had all his pitches at his command and found a groove where his release spot was consistent and his arm was powerful.

That didn't last in the postseason as Arrieta dealt with what he calls something akin to a "dead arm."

In the wild-card game, Arrieta threw a complete-game shutout against the Pirates in a 4-0 win, but the Pittsburgh hitters didn't think he had his best stuff. It was a sign of things to come. He gave up four runs in 5 2/3 innings in an 8-6 win over St. Louis in the divisional round and four runs in five innings in a 4-1 loss to the Mets in the National League Championship Series.

A big jump in innings is traditionally a worry for younger pitchers. But Arrieta is 29 and a workout marvel who strives to understand how his body works. He talks about functional training, and a recent tweet showed a picture of his power Pilates instructor in Austin, Texas.

Arrieta, who will turn 30 in March, now has to decide whether to bargain with the Cubs on a contract extension with two years of club control left. Is it better to sign on a high note or see what he can do in his follow-up season? Being a late bloomer changes some of the dynamics.

"I don't think there's a tremendous amount of angst on my part to get something done immediately," he said. "That doesn't mean something can't happen."

When the Cubs traded for him in 2013, giving up a veteran rental pitcher in Scott Feldman and catcher Steve Clevenger, Arrieta went back to the minors and worked on some mechanical and mental parts of his game. In 2014, he put it together and looked very promising. In 2015, he dominated.

"Honestly, the things I had to change and manipulate, whether it was something mechanical or my pitch selection, something in between starts I needed to change, some of those things were known all along," he said. "It was about how do I apply these, how do I make them even better as I begin to apply them. And that's really the process that I've been on in my time with the Cubs. Once I started to be aware of some of those things on an even greater level, with a stronger understanding of how to apply those, things started to take off naturally. I feel like things that have transpired, especially this season, are a byproduct of finally being able to put those small things in place."

Arrieta is the poster pitcher for not giving up on guys who haven't dominated by their mid-to-late 20s and also not trying to change pitchers to fit an organizational philosophy. By letting Arrieta be himself, from his workout regimen to his preferred style of pitching, the Cubs consummated a once-in-a-decade deal.

"Once I was able to stop worrying about the moves made above me or when I was going to get another opportunity," he said, "I understood the most important thing for me to put emphasis on was continuing to try and get better."

Arrieta succeeded in that regard and usurped the so-called ace's role from $155 million free agent Jon Lester midway through the season. 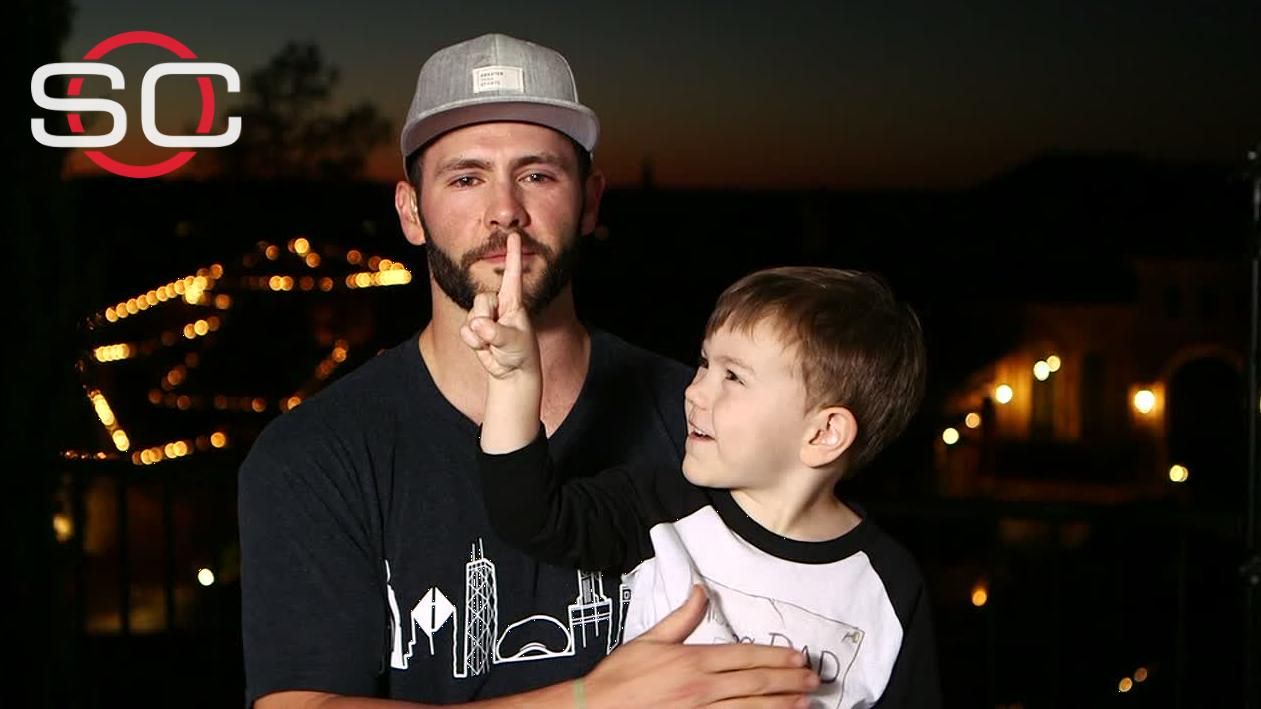 Arrieta celebrates Cy Young with son
Cubs pitcher Jake Arrieta joins SportsCenter after winning the NL Cy Young award and brings along his son. He is asked, "More fun, no-hitter or being a dad?" Arrieta's response, "That's a tough question."