ESPN
By Tim Kurkjian
The enormous expectations and pressure on the Chicago Cubs might have actually been lessened somewhat by playing the San Francisco Giantsin the Division Series. Not because the Giants aren't a worthy opponent; quite the opposite, the Giants are rolling again. They have their own compelling story to tell and this series isn't solely about the Cubs and their bid to win a World Series for the first time in 108 years. The Cubs' quest remains the primary theme of this postseason, but the surge by the Giants -- another masterful performance by the mythical Madison Bumgarner, Bruce Bochy, Jeff Samardzija, Hunter Pence's hair and, from nowhere, Conor Gillaspie's home run -- gives people something else to talk about. That is good for the Cubs.

How good is the Cubs' rotation?

So good, that one potential Cy Young winner, Kyle Hendricks, will have to wait until the second game to make his start after Jon Lester. So good, Jake Arrieta, who has gone 40-14 the last two years, won't start until Game 3. So good, John Lackey, who was signed by the Cubs in the offseason to make critical postseason starts, will have to wait until Game 4. Still, there is a minor concern with Arrieta, though not from him. In his last start, he allowed seven earned runs, the second-most runs he's allowed in a start as a Cub. In his last six starts, he went 2-3 with 21 earned runs allowed in 35 2/3 innings. He's healthy and more rested than at this time last year. Maybe he has a great October ahead.

What is the status of the Giants' rotation?

It is in good shape other than Bumgarner having to wait until Game 3 to start. The Giants spent last winter and the 2016 trade deadline making sure they had enough starting pitching after Bumgarner. Johnny Cueto went 18-5 with a 2.79 ERA, making him one of the best No. 2 starters in the game. After a couple of terrific starts he made in the postseason last year for the World Champion Royals, there should be no more talk of whether he is up for the challenge of the biggest games. Samardzija, who pitched for the Cubs for seven years before he was traded to Oakland for Addison Russell, went 12-11 with a 3.81 ERA this year. Left-hander Matt Moore, acquired in late July, pitched some really good games down the stretch. And then there's Bumgarner, who shut out the Mets in the wild-card game, lowering his road ERA in the postseason to 0.50, a record, by far. He has made 13 postseason starts and allowed no runs in six of them, tying Tom Glavine for the most scoreless postseason starts in history (it took Glavine 35 starts to get his six). A pitcher has thrown a shutout in a winner-take-all game 19 times. Only Bumgarner has done it twice. He has pitched 23 innings in winner-take-all games and not allowed a run. If the Giants can win one of two in Chicago, then hand it to Bumgarner in Game 3, this series could get very interesting.

How much better offensively are the Cubs than last year?

Remember, the Cubs got shut down by the great pitching staff of the Mets in the 2015 NLCS. That could happen again -- anything is possible in baseball -- but the Cubs are a significantly better offensive club in 2016. They scored 119 more runs than last year, placing them second in the NL in runs scored to the Rockies. Just as important, they struck out 221 fewer times than last year. First baseman Anthony Rizzo's approach to hitting -- he chokes up with two strikes and sometimes just tries to put a ball in play -- hasn't gone unnoticed by other Cubs. The addition of Ben Zobrist, who is a tough out, even with two strikes, has made a difference. In spring training, Maddon said he was dazzled by how much better a two-strike hitter Kris Bryant was compared to last season. It showed. It has shown with all the Cubs.

Who will close for the Giants?

The Giants led the league in blown saves (30). They lost more games (nine) that they entered the ninth inning with a lead than any team in baseball; five of them came in September. They lost 10 games that they led by three or more runs, most in the major leagues. The bullpen blew eight games in which Bumgarner was in line for a victory, most in the major leagues. The bullpen is the primary reason that the Giants went 30-42 in the second half, the worst second-half record ever by a team that made it to the postseason. Sergio Romo, a former Giants closer who got the final out of the 2012 World Series, is seen as the closer now, but even that's not guaranteed. Bochy will mix and match down there. There is no one better at that than him, but it's highly unlikely that he will go back to Santiago Casilla, especially at home, where Casilla occasionally gets booed. The Giants had a tremendously deep and effective bullpen in each of their three championship seasons over the last six seasons. They don't have that same depth this year.

How good is the Cubs defense?

It is the best in the National League. Russell's shift to shortstop in June 2015 was the big move. Russell, and the overall Cubs defense, has gotten better with every game he plays at shortstop. Jason Heyward has brought tremendous defense to right field. Javier Baez has provided great defense at whatever infield position he plays. Bryant can play third base or the outfield. This gives Maddon all sorts of options. Defense was Maddon's signature with his Tampa Bay Rays teams. He may be a new-school guy with the way he relates to players and because he's the most interesting man in the world, but he is as old school as it gets when it comes to the actually playing of the game. To him, you simply can't win without a good defense. 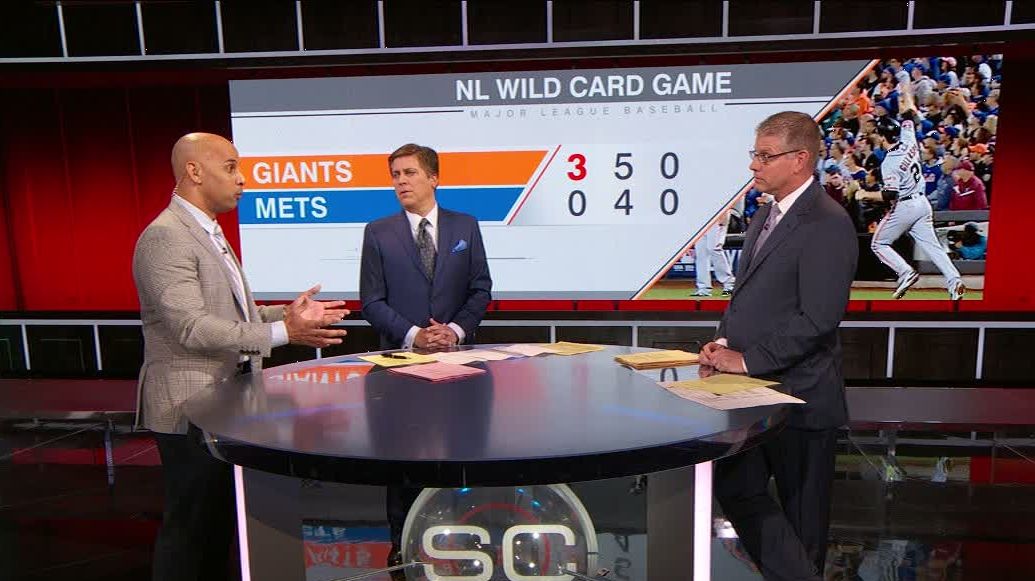