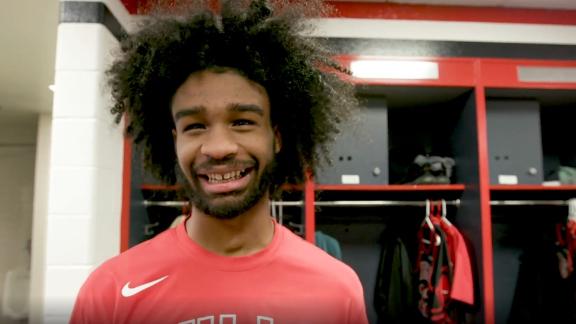 The Indiana Pacers will look to complete a four-game sweep over the Chicago Bulls this season when the teams meet Friday night in Chicago.

Indiana has won all three previous meetings this season by at least nine points. The teams' most recent matchup went to overtime, with the Pacers pulling away for a 115-106 win on their home court Jan. 29.

The Pacers enter Friday with a 37-25 record and are looking to strengthen their playoff positioning in the Eastern Conference. Indiana, which entered Thursday tied for fifth in the East and three games behind Miami, has won four of its past five games but is coming off a 19-point loss against the Milwaukee Bucks on Wednesday night.

Meanwhile, Chicago is well out of the playoff picture at 21-41. The Bulls have lost 11 of their past 13 games, including a 115-108 defeat on the road against the Minnesota Timberwolves on Wednesday night.

Bulls coach Jim Boylen criticized his team for a lack of toughness in the loss, while also acknowledging that several players -- such as Otto Porter Jr., Wendell Carter Jr. and Lauri Markkanen -- are coming back from injuries and need to work back to full speed.

"That will work itself out," Boylen said to reporters. "We'll practice, our rotations will become more firm as we get healthier, and guys' minutes will go up. That will happen. But when you do play your minutes, you need to play them with more physicality. Again, we've got guys coming back, NBA games are hard, I get it ... I get it. But it's not who we're going to be."

Speaking of injuries, Pacers guard Malcolm Brogdon exited Wednesday's game after 11 minutes of playing time because of a sore left hip. His status is uncertain for Friday night against the Bulls.

"We're still trying to figure it out," Brogdon said to reporters. "I jumped to challenge Khris Middleton's shot. Felt something pull."

Pacers guard Victor Oladipo has sat out the past two games because of swelling and soreness in his surgically repaired right knee. Oladipo participated in pregame warmups Wednesday before being ruled out for the contest, and the team has emphasized that it is being precautionary by giving him periodic breaks after a major surgery.

In 10 games this season, Oladipo is averaging 12.0 points while shooting only 36.8 percent from the field.

"Still some swelling there," Pacers coach Nate McMillan said to reporters. "Some of this you expect. He's only played 10 games. Some of the things Vic's going through, these guys went through in October. Things you expect when guys are coming back. Victor has put in 255 minutes. These guys have played 2,000 minutes."

Bulls guard Zach LaVine, who is dealing with a left quadriceps injury, also is a question mark for Friday's contest. He has sat out the Bulls' last two games.

On the season, LaVine leads Chicago with 25.5 points per game to go along with 4.8 rebounds and 4.2 assists.

Coby White talks about his pregame ritual
The Bulls' Coby White has his pregame ritual down to an exact science - including which sock and shoe he puts on first. Check out more of Coby White, Ja Morant and the full cast of NBA Rooks now streaming exclusively on ESPN+ https://plus.espn.com/.
Report a correction or typo
Related topics:
sportsespnchicago bullsindiana pacersnba
Copyright © 2020 ESPN Internet Ventures. All rights reserved.
More Videos
From CNN Newsource affiliates
TOP STORIES