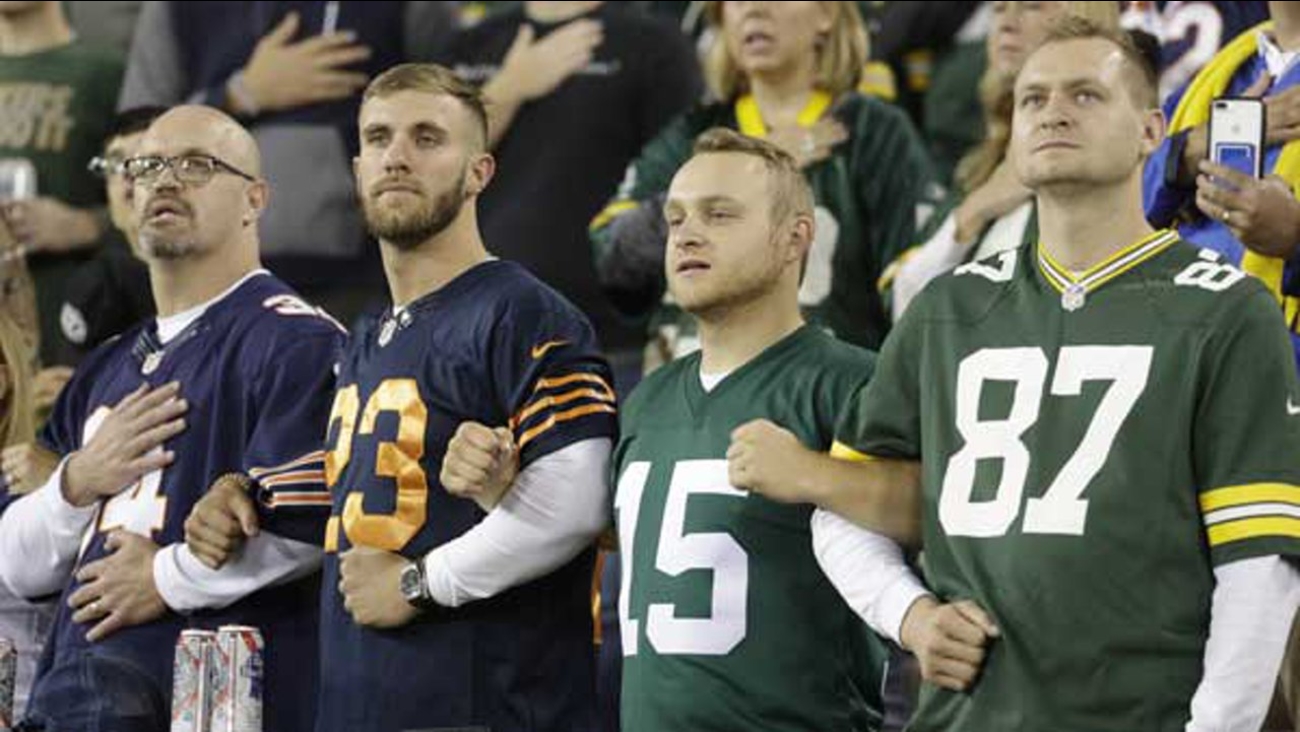 Fans lock arms during "The Star-Spangled Banner" before the game between the Packers and the Chicago Bears on Thursday, September 28, 2017. (Morry Gash/AP via CNN)

The teams' fans put aside the bitter rivalry and linked arms, too, as the Packers and Bears players stood and locked arms during the National Anthem.

The Packers players, coaches and their fans standing with their arms intertwined was meant to be a moment of unity at Lambeau Field in the wake of several protests by players around the league in response to President Donald Trump's caustic comments last week.

The President had criticized players who chose to protest during "The Star-Spangled Banner." He also called for the NFL owners to fire any "son of a bitch" who "disrespects our flag."

"It was really patriotic," Tate said.

Some Packer fans also saluted and put their hands over their hearts during the National Anthem.

The Packers organization this week had also asked fans to lock arms during the anthem.

"It will represent a coming together of players who want the same things that all of us do -- freedom, equality, tolerance, understanding, and justice for those who have been unjustly treated, discriminated against or otherwise treated unfairly," the team said in a statement.

Last weekend, most players around the league opted for a show of unity and locked arms, while some took a knee in protest. Three Packers sat during the anthem.

Former San Francisco 49ers quarterback Colin Kaepernick started the anthem protests last year when he started kneeling during the anthem. Kaepernick has said he refused to honor a song or "show pride in a flag for a country that oppresses black people and people of color."

Kaepernick has cited the police shootings of black men as one reason for his silent protest.