Patriots honored by President Obama, who jokes about 'Deflategate' 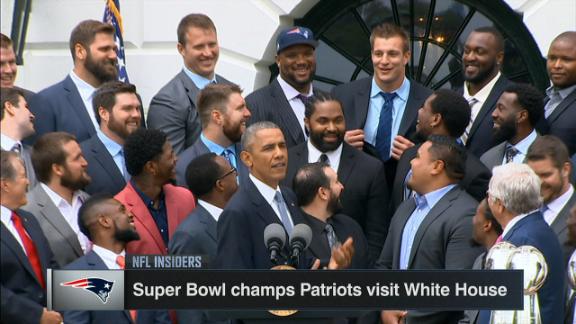 WASHINGTON -- The New England Patriots were honored by Barack Obama at the White House on Thursday afternoon, with the president calling them "as good an organization as there is in professional sports."

Obama's remarks, which lasted about nine minutes on the South Lawn, included plenty of humor, such as Deflategate jabs. He said that he usually likes to joke at these types of ceremonies but worried that "11 out of 12 might fall flat" with the Patriots.

He then looked back at head coach Bill Belichick, who smiled and gave him a thumbs-down signal.

That's when Obama said, "That whole story got blown a little out of proportion."

After the ceremony, Belichick raved about the experience with reporters, saying he couldn't have felt more patriotic. When asked about Obama's joke, he called him a "pretty engaging guy."

Obama had also joked in his remarks that it was nice to see Belichick dressed up and offered him scissors if he wanted to cut the sleeves on his suit.

He also joked that he told tight end Rob Gronkowski to keep his shirt on.

"He asked me what would happen if he took it off," Obama relayed. "I said the Secret Service probably wouldn't like it. He said, 'What could they do to me?'"

That drew laughter from the crowd, which included Secretary of State John Kerry, the former Massachusetts senator.

Several Patriots players who have since joined other teams were present, includingNew York Jetscornerback Darrelle Revis. But defensive tackle Vince Wilfork, who played for the team from 2004-2014 before joining the Houston Texans this year, was among those not spotted.

The Patriots, who weren't joined by quarterback Tom Brady because of a family commitment, visited the Walter Reed Medical Center before the White House ceremony.

At the end of the ceremony, owner Robert Kraft presented Obama a No. 44 Patriots jersey and team helmet signed by every player.

After accepting the gifts, Obama cracked one final joke.

"Coach Belichick has agreed to hold a press conference," he said, "and he's going to go on forever!" 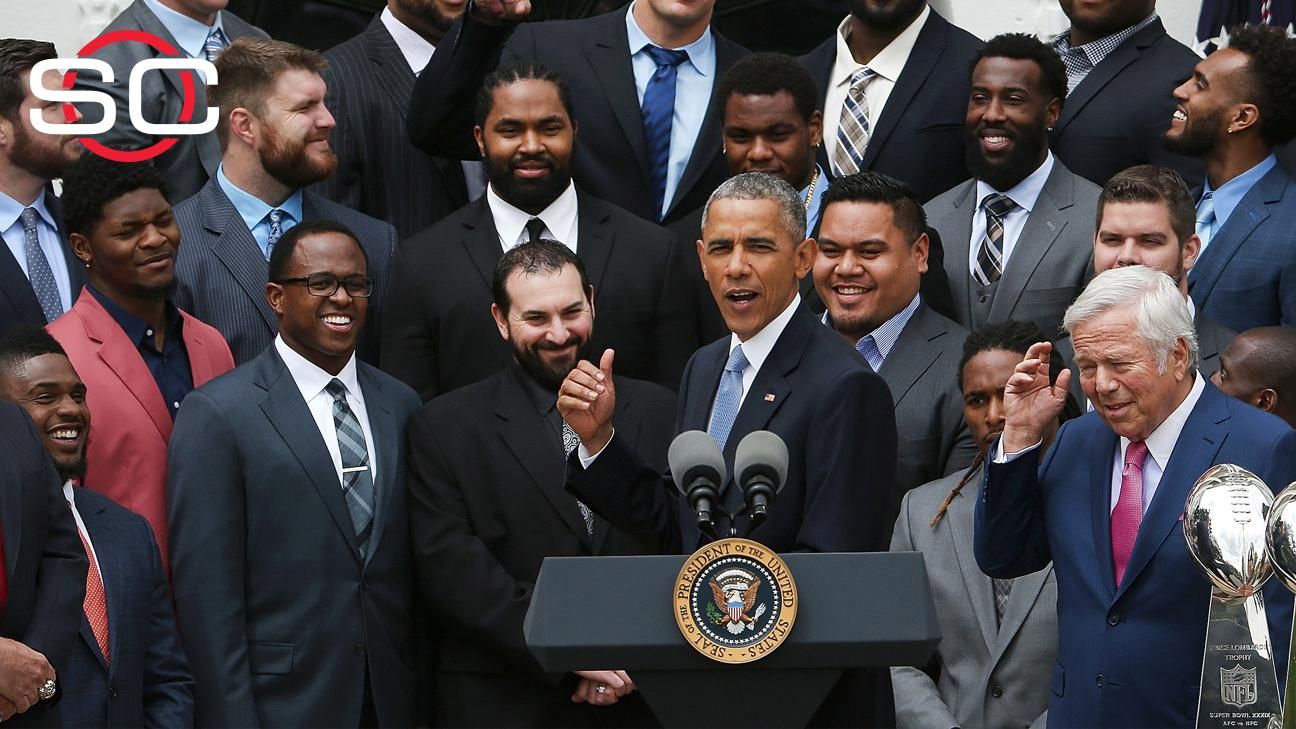