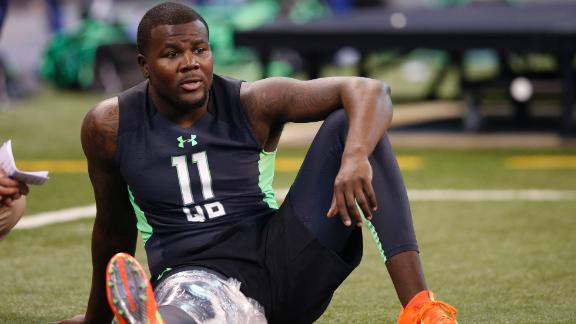 Jones pulled up at the end of his second 40-yard dash attempt during the quarterbacks session at Lucas Oil Stadium. His throwing coach, George Whitfield, told ESPN's Josina Anderson that Jones said he would not participate in Saturday's other drills.

Jones, who was measured at 6-foot-5 and 253 pounds when he arrived at the combine, had run an unofficial 4.83 in his first 40-yard dash attempt and unofficially clocked a 4.85 in the 40 in which he was injured.

Jones had his upper right leg wrapped in ice following the injury.

Whitfield told ESPN that he had no doubt Jones would rebound at Ohio State's pro day on March 11.

"I think if he's smart about his therapy over the next two weeks, he should be ready," Whitfield said. "A pulled hamstring is better than a torn one."

Jones was hoping an impressive performance at the combine would help him start moving back up draft boards around the league.

He was 11-0 as a starter for the Buckeyes, which included the national championship run to close out the 2014 season. After turning down a chance to enter the draft early, he returned to school for the 2015 season. But he was benched in mid-October and lost the starting job toJ.T. Barrett.

ESPN's Josina Anderson and The Associated Press contributed to this report. 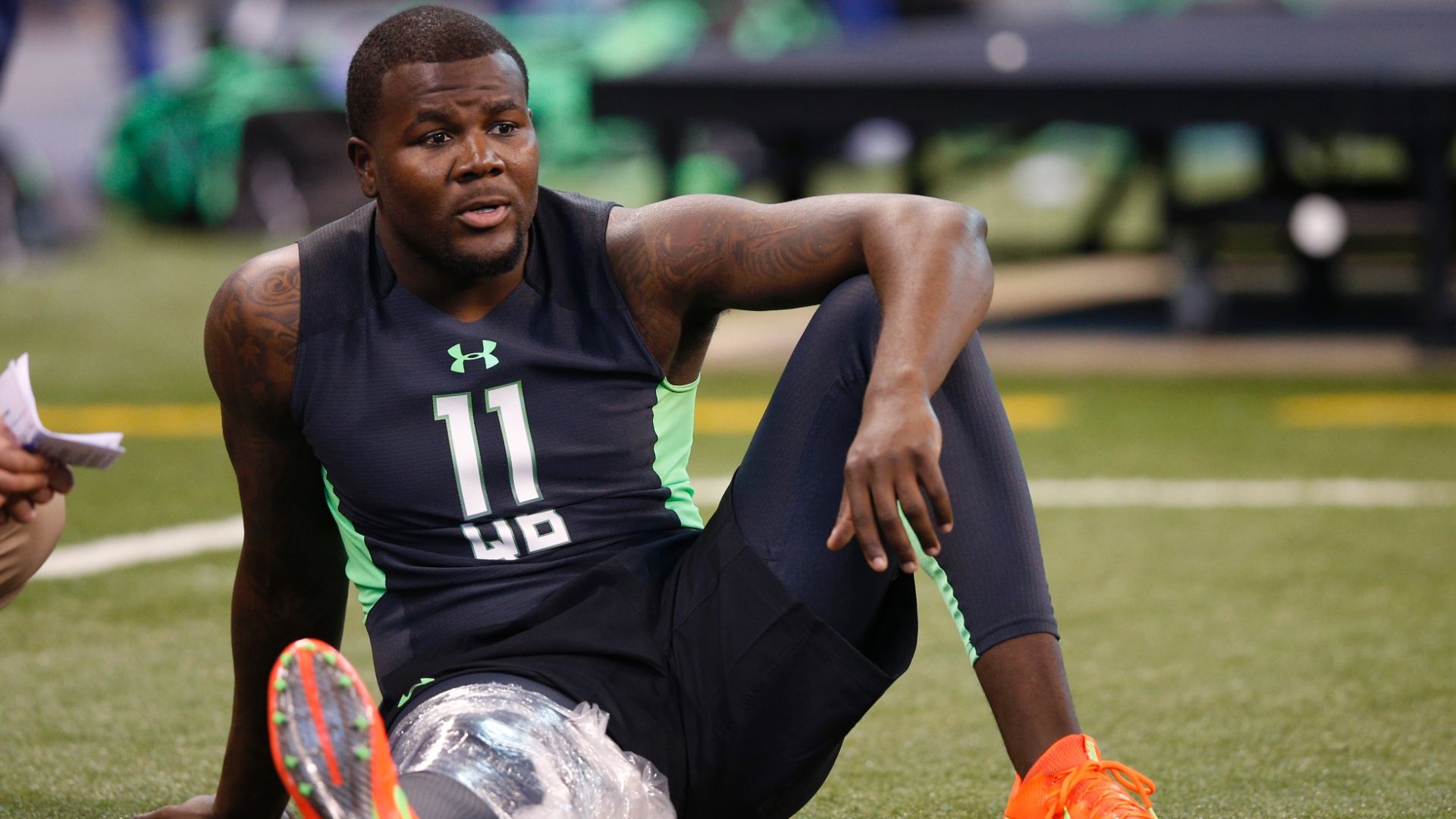