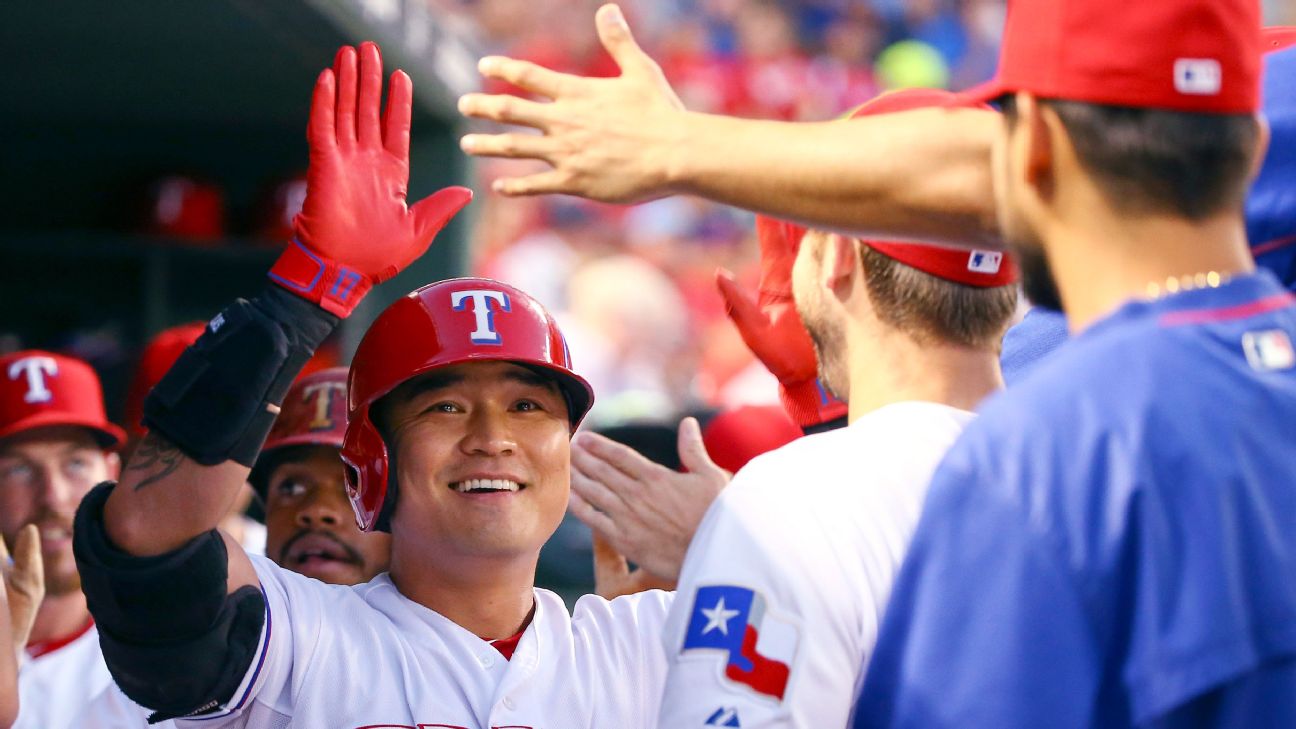 ARLINGTON, Texas --Shin-Soo Choo didn't play Saturday night for the Texas Rangers' lineup because of a sore right quad, putting on hold his majors-best 41-game streak of reaching base.

Choo said before the 13-4 win over the Chicago White Sox that he has been dealing with quad soreness for at least 10 days and that it had really bothered him the past couple of days.

The outfielder/designated hitter said he had an MRI earlier Saturday to find out for sure what he was feeling in his upper leg.

Choo had a leadoff walk in the first inning of an 11-3 win Friday night to extend his career-best on-base streak. He later hit one of the Rangers' five home runs for a 12-game hit streak that is the longest active streak in the majors.

"He's battled with a tight quad, and I felt like it was just an opportunity to get him off his legs, give him a day,'' manager Jeff Banister said. "He's played through it for a while, so we'll see how he feels.''

Banister hadn't ruled out using Choo in a pinch-hitting role, and Choo had said he was willing if needed. The three-game series wraps up Sunday before the Rangers have a day off Monday.

Choo's on-base streak is the longest for the Rangers since Otis Nixon's 44-gamer in 1995; Julio Franco set the team record by reaching in 46 consecutive games in 1993. Choo matched Philadelphia's Odubel Herrera for the longest in the majors this season. Herrera, a former Rangers minor leaguer, reached base in the first 41 games for the Phillies this season.