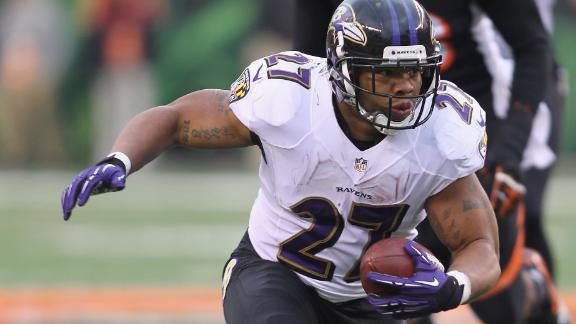 ESPN
Baltimore Ravens running back Ray Rice was accepted into a pretrial intervention program Tuesday that will result in the dismissal of his assault charge if he completes the program.

The pretrial intervention program is a diversion program that permits certain defendants (particularly first-time ones) to avoid formal prosecution.

Rice will have to attend the program for the minimum of one year. If he successfully completes it, the third-degree charge of aggravated assault stemming from the incident on Feb. 15 involving Janay Palmer, who is now his wife, will be dismissed. The arrest would stay on his record but without the conviction.

"We're very happy with the result. We're glad that the court and the prosecutor's office agreed PTI was the appropriate disposition for the case," Rice's attorney, Michael Diamondstein, told ESPN's Adam Caplan when contacted about Tuesday's decision.

"This decision was arrived at after careful consideration of the information contained in Mr. Rice's application in light of all the facts gathered during the investigation," prosecutor Jim McClain said. "After considering all relevant information in light of applicable law it was determined that this was the appropriate disposition."

Ravens spokesman Chad Steele said it was premature to comment since the Ravens have not yet been informed of Rice's acceptance into the pretrial diversion program.

Rice was arrested and charged with simple assault-domestic violence on Feb. 15 after a physical altercation with his then-fiancée, Palmer, at the Revel Casino and Hotel in Atlantic City, New Jersey. Palmer also was charged in the incident.

Rice was indicted by a grand jury in late March for allegedly striking Palmer.

ESPN.com's Scott Brown and Jamison Hensley contributed to this report.