Real or not? The big markets are making the biggest moves 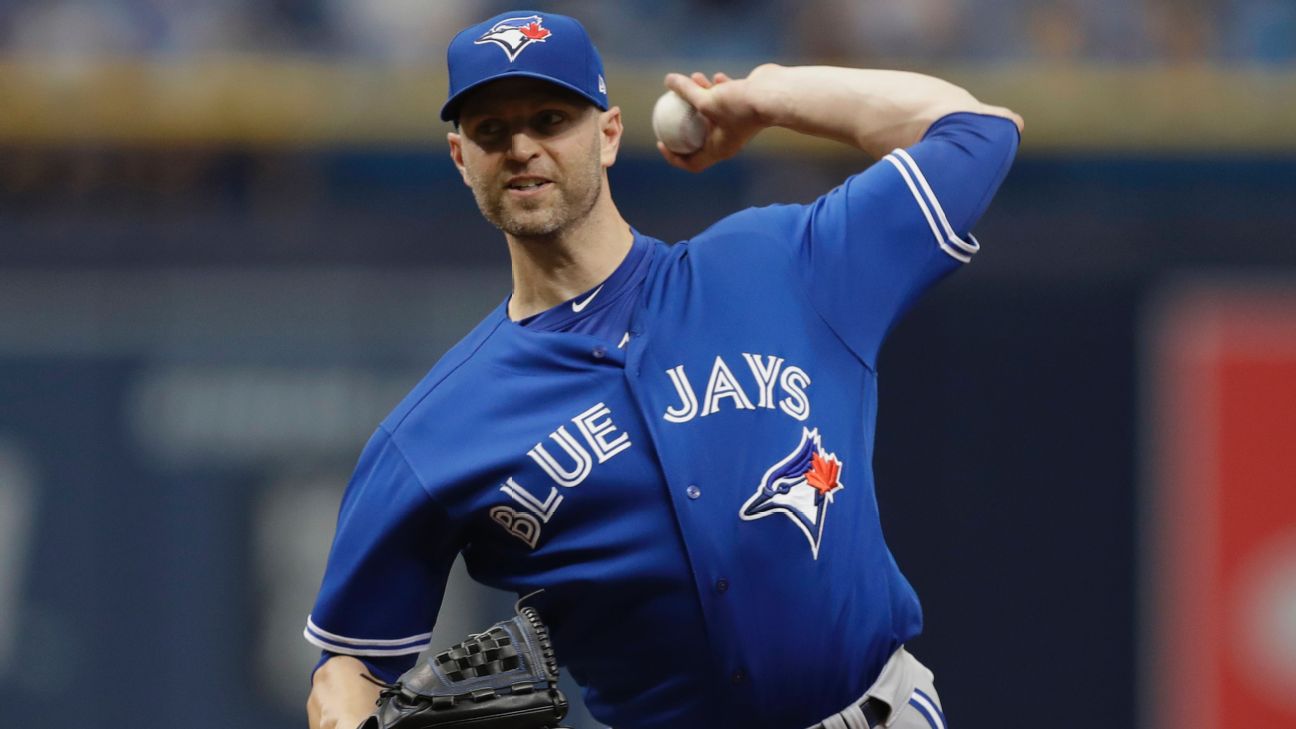 It was a busy day Thursday. Aaron Judge sustained a chip fracture of his right wrist and won't be able to swing a bat in game action for about three weeks. Brandon Belt landed on the disabled list with a hyperextended knee while Evan Longoria came off the DL. Manny Machado slugged his first home run with the Dodgers, the Cubs had a dramatic walk-off, the Phillies had a record-tying power surge, and the A's won again.

But the big news was off the field: J.A. Happ was traded to the Yankees, and then later in the day the Cubs landed Cole Hamels. In more minor deals, the Astros also acquired 2017 Gold Glove catcher Martin Maldonado from the Angels, reliever Joakim Soria went to the Brewers, and reliever Jonny Venters went to the Braves.

The overarching theme here is that teams moved before the July 31 deadline to get deals done. In fact, you can argue that the six biggest impact players this deadline were already traded:


There may be some other big names yet to go -- Brian Dozier makes sense for the Red Sox or Diamondbacks, maybe Chris Archer finally moves, maybe the Nationals decided to sell -- and performance is obviously volatile, but there's a reason these six players went to these five clubs.

The trend the past few years has been teams leading their divisions or likely to make the playoffs being the ones to make the biggest deals, not the teams scratching just to get into the playoffs. In other words, simply reaching the wild-card game hasn't been an incentive to make a bigger deal. (The Diamondbacks did trade for J.D. Martinez last year when they were 10.5 games out of first place, but the consensus was they gave up so little in the way of prospects that it was a no-brainer to make.)

The teams above can feel pretty good about their playoff chances -- no, the Cubs and Dodgers aren't locks, but they're still the favorites in their divisions -- so these trades are as much about enhancing the postseason roster as adding a win or two in the regular season.

It's also no surprise that it's the same teams that tend to make these moves year after year. Credit to the Indians for being a small-market franchise that has been willing to trade prospects and/or bring on salary -- Hand this year, Jay Bruce last year, Andrew Miller in 2016. The Cubs added Hamels while the Brewers merely added (so far) another reliever to an already well-stocked bullpen. Yes, financial resources and the consent of ownership to absorb additional payroll is a factor, but some front offices simply are willing to pay the price for even small upgrades.

Hamels, for example, is a big roll of the dice for Theo Epstein and Jed Hoyer. He hasn't really been that good this season, with a 4.72 ERA and 23 home runs allowed in 114⅓ innings. But he's also pitched in big games in his career, his strikeout rate is pretty good, and he's not walking 8.0 batters per nine innings like Tyler Chatwood. Who would you rather start in a key pennant-race game or postseason game? Joe Maddon will gladly take his chances with Hamels.

Jesse Rogers has the report from Chicago.

The Yankees have the depth to survive three weeks without the Big Man, but it's worth noting that the Happ trade was made before the game and included Brandon Drury and Billy McKinney, two potential options who could have filled some of Judge's playing time (at DH or elsewhere, with Giancarlo Stanton presumably moving to right field).

With Gary Sanchez on the DL with his groin injury and Clint Frazier out for an undetermined amount of time with a concussion, the Yankees selected the contract of Shane Robinson from Scranton. You wonder if they'll look to add another outfielder. How about old friend Curtis Granderson, who could be had for a song from the Blue Jays?

Are the Nationals buyers or sellers? Joel Sherman had a piece in the New York Post in which he writes of the Nationals, "Their GM, Mike Rizzo, told me Wednesday he was wavering between buying, selling or doing a little of both."

How about Bryce Harper as a temporary fill-in for Stanton?

I'm not sure why the Nationals would sell. Granted, they're seven games behind the Phillies in the NL East, 4.5 behind the Braves in the wild-card race and Stephen Strasburg landed on the DL instead of starting Thursday because of a pinched nerve in his neck, but you can't rule them out just yet.

Of course, the interesting part there was a "little of both." You could trade Harper and play Michael Taylor in center and Adam Eaton in right. Or you could trade Taylor for pitching help.

Matt Adams can play the outfield as well (well, he can stand out there) or maybe you trade Adams -- for some reason, Dave Martinez has played Ryan Zimmerman at first base this week after suggesting a few days ago that there would be a platoon. Zimmerman is hitting .225/.286/.419 and Adams is hitting .279/.358/.554, so you tell me why Zimmerman is playing. Martinez's explanation was, "We got to get him going. ... When he's hot, he can carry us for a while, so we want to make sure we get him going."

The Cubs also won a game: Big one for the Cubs, dagger-in-the-heart loss for the Diamondbacks. David Bote, filling in for the injured Kris Bryant, tied the game with a one-out, two-run homer off Brad Boxberger and then Anthony Rizzo, in his 1,000th career game, sent it home:

A's sweep the Rangers: The A's beat the Rangers 7-6 to finish off the four-game sweep. Matt Chapman went 3-for-3:

Now, that's with the help of 23 Defensive Runs Saved and that's an insane number for July 27 (especially since Chapman also missed nearly three weeks in June). Since the advent of DRS in 2003, three third basemen have been credited with 30 DRS in a season: Machado in 2013 (+35), Scott Rolen in 2004 (+30) and Nolan Arenado in 2013 (+30). Chapman is already tied for the ninth-highest total by a third baseman. If you're buying into the defensive metrics, you're buying into Chapman as one of the best players in the AL this season. (Hey, there's a reason the A's are now tied for the fourth-most wins in the majors and are just a game back of the Mariners.)

Three times two plus one equals a Phillies win: The Phillies tied a franchise record with seven home runs and became the first team since the 2004 Red Sox with three players to homer twice in the same game. Rhys Hoskins, Maikel Franco and Nick Williams did the honors:

Let's check in on the Orioles: Remember the 1988 Orioles? That team lost its first 21 games and appeared on the cover of Sports Illustrated with the headline, "The Agony of the Orioles." That team finished 54-107. After losing 4-3 to the Rays, the 2018 Orioles are now on pace to finish 45-117. 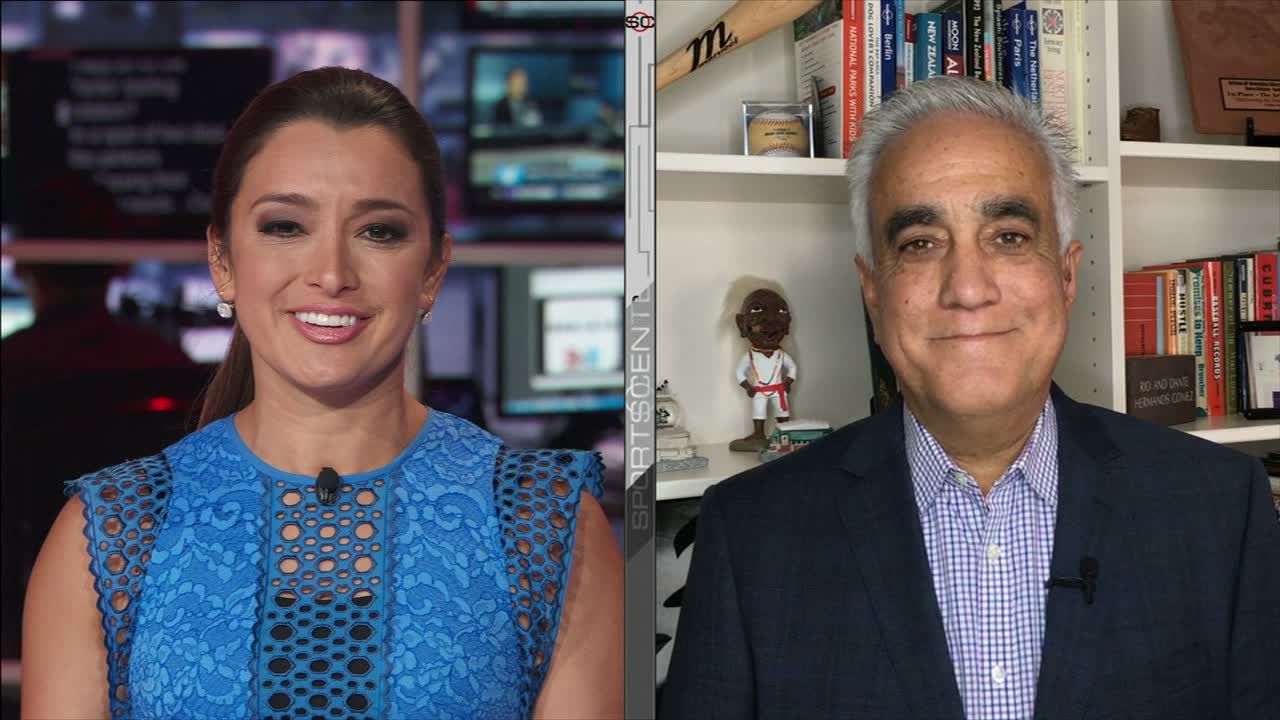