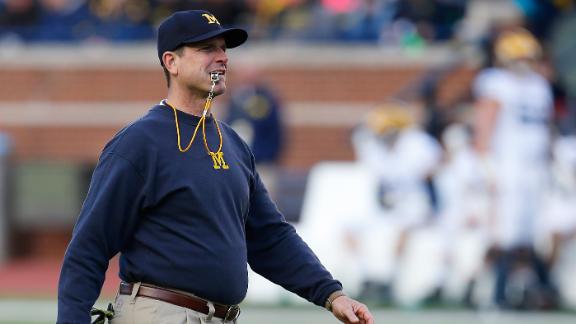 TheMichigan Wolverineslost a commitment from ESPN 300 defensive tackle Aubrey Solomon on Monday because of a mailing gaffe.

Solomon, a senior at Lee County High School in Leesburg, Georgia, told 247Sports.com that he was mailed a letter thanking him for attending Michigan's BBQ recruiting event. The only problem was that Solomon did not attend the event, which made him feel that he wasn't as big of a priority to the Michigan coaches as he thought.

"A day or two ago, they sent my mom a card thanking us for going to the Michigan BBQ, but we never went," Solomon told 247Sports.com. "I do not know which recruit they were talking to, but it was not me. It was just a little heartbreaking, for me to supposedly be so high on their list, for them to confuse me with someone else.

"Plus they spelled both of my names wrong after I told them, but that was not the main issue. I guess they do not have tabs on me."

The No. 61-ranked prospect tweeted out his decision to decommit and said that sometimes it's easy to get lost in the moment and excitement.

Solomon also mentioned in the tweet that his mother will be in the driver's seat when it comes to his recruitment, which is an important piece to his decommitment. She was not in attendance when Solomon committed to Michigan during his visit.

At the time, his mother said she was surprised by her son's decision to commit so quickly.

Even some of Solomon's high school coaches were shocked when the 6-foot-3, 300-pound lineman committed to Michigan. Many believed he would stay in-state and choose Georgia or stay closer to home in the SEC.

Lee County coach Dean Fabrizio says he hasn't discussed the decommitment with Solomon, but he doesn't believe the botched letter is the main reason.