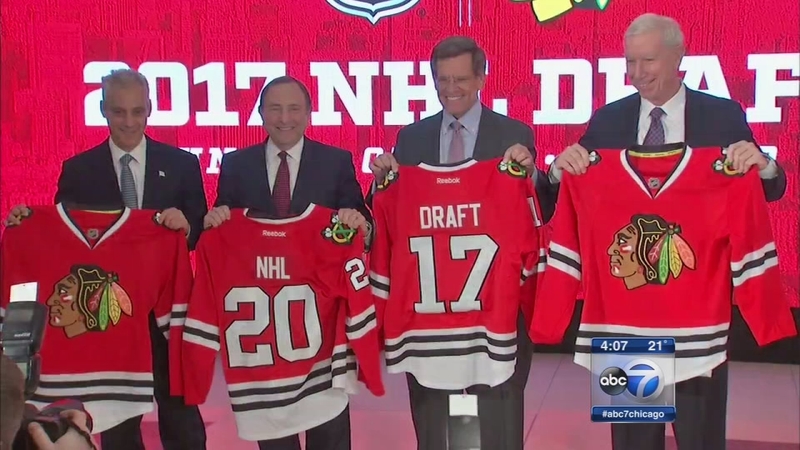 CHICAGO (WLS) -- The 2017 NHL draft will be held in Chicago, the first time the city has hosted a hockey league draft.

Chicago hosted its first NFL Draft in the spring of 2015.

The 2017 event will mark the first time the Blackhawks and the city of Chicago host the NHL Draft. The mayor, commissioner and Rocky Wertz were watching the Hawks in Tampa last June when they first made the push for the draft, they revealed Thursday.

Ticket distribution plans, related events and other draft details will be announced at a later date.

Emanuel said no public money will be used to finance the event, and it will have a huge economic impact on the city. He said it will be similar approach to the one for the NFL draft, which will be held in Chicago this year for the second straight year.