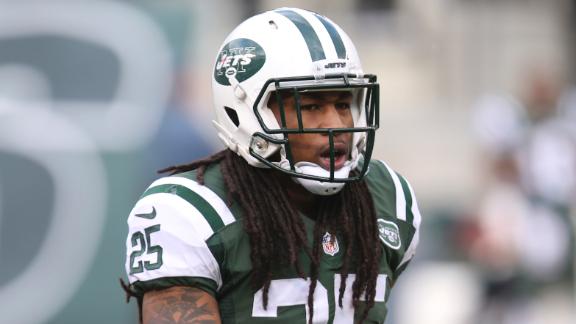 ESPN
By Danny Knobler
FLORHAM PARK, N.J. -- New York Jets coach Rex Ryan won't predict how many games his 2-8 team can win the rest of the season. Or how many games the Jets need to win to save Ryan's job.

"I need every one I can get," Ryan said Wednesday after the Jets' final bye-week practice.

The Jets have been more upbeat this week after breaking an eight-game losing streak with Sunday's 20-13 win against the Pittsburgh Steelers. Linebacker Calvin Pace said Wednesday that he believes the Jets are capable of winning all six remaining games on their schedule.

They may need to come close to that if Ryan is to have any chance at saving his job.

Ryan's Jets are already guaranteed their fourth consecutive season without a winning record, after going to the AFC Championship Game in each of Ryan's first two seasons as coach. The Jets haven't made it to the playoffs since 2010.

The Jets won three of their last four games a year ago, and the 8-8 record was enough to bring Ryan back for a sixth season. General manager John Idzik made the announcement in the locker room after a season-ending 20-7 win in Miami.

Now, with another lost season, both Idzik and Ryan have been under fire. While things have been calmer this week after the win, a week ago the Jets were dealing with planes flying over their practice field demanding Idzik be fired and billboards on local highways saying the same thing.

Ryan's players have remained supportive of their coach.

"I'm for Rex every day, but Rex isn't playing," Pace said. "I hate to hear him take all the blame. But that's the good thing about Rex. He takes it."

Ryan's immediate focus this week has been on how to better deal with the bye week. In his first five seasons, the Jets were 1-4 in games immediately after the bye. Ryan switched the schedule this year, with the Jets practicing twice and then taking four days off, as opposed to the one practice and six days off schedule he had used in the past.

"The big thing is to see how we come off the bye, and see if we can't change our ways," Ryan said.

"It's kind of neat that guys like that are out there for you," Rex Ryan said. "He was scheduled to talk for an hour, but I think he went an hour and a half."

No matter how many players and former players Ryan has out there for him, he'll need wins the rest of the season to have any hope of keeping his job.