RIP? Not if you're a Chicago Cubs fan in a playoff year 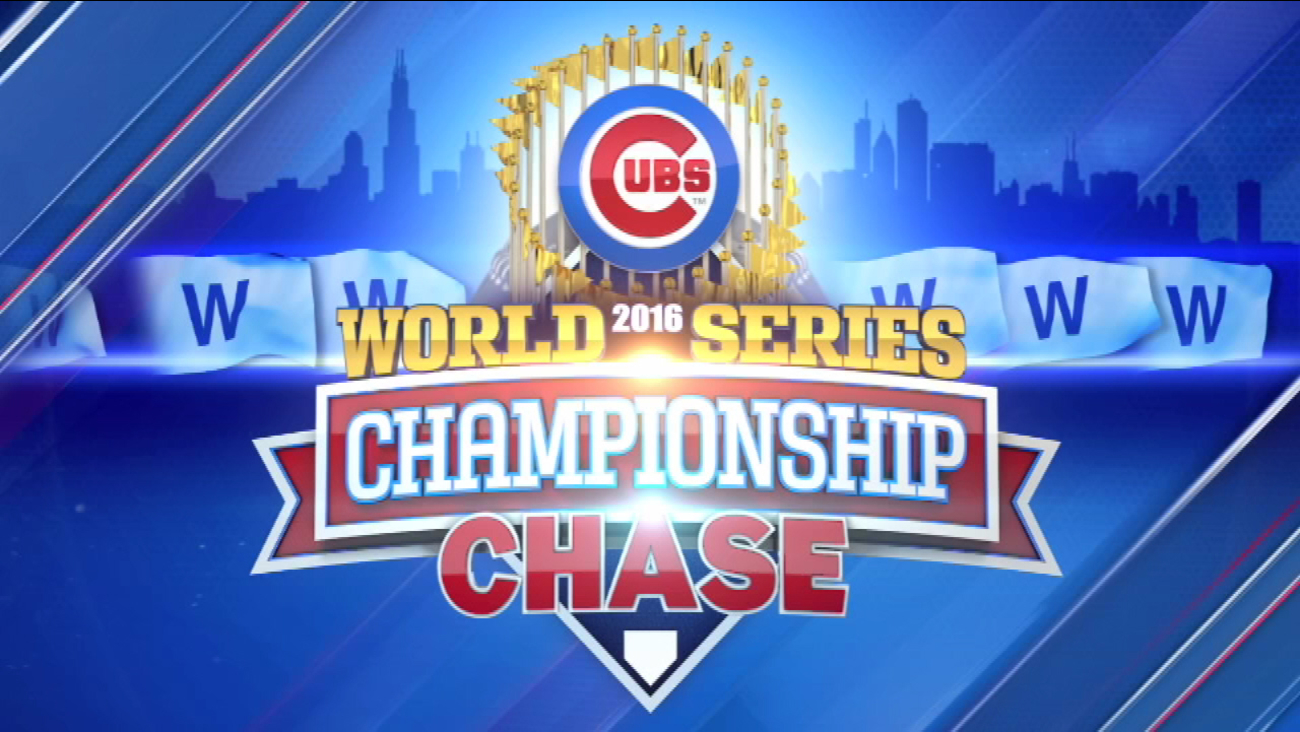 WLS
CHICAGO -- If you want to know just how important the Cubs are to Chicago, a good place to start is at the end.

In a city where fans have been known to scatter ashes of the dearly departed at Wrigley Field, families of those who could no longer wait 'till next season are planting Cubs pennants and flags at the graves of loved ones or sending them off to the great beyond with Cubs hats and jerseys in their caskets.

Resting easy has never been easy for Cubs fans, after all.

Take the family of the late Norman and Florence Sanders. Relatives are making sure they can still do what they did their entire lives: Root for the Cubs.

"One of my daughters went and bought a W flag and about a week ago went to the cemetery and put it there with them," said Terry Ann Arriaga, whose father died the year the Cubs came within five outs of reaching the World Series back in 2003 and whose mother passed during spring training this year.

As the Cubs try to reach the World Series for the first time since 1945 and win it for the first time since 1908, Chicago is awash in Cubbie blue and red. Children head to school decked out in Cubs gear and many grown-ups are doing the same at work. "Fly the W" flags are waving from car antennas, porches and museums, while bakeries are topping doughnuts and cookies with the Cubs logo. Death notices with the names of spouses, children and grandchildren now sometimes have a few words about the deceased's devotion to the lovable losers.

"In lieu of flowers, go to a Cubs game and raise your glass in memory of Mary," wrote the family of Mary E. Fickenscher after she died in June.

James Apostolopoulos' family not only wanted to people to know that he'd fought in the Battle of the Bulge during World War II but also cheered for the Cubs. Kenneth Mueller's family honored his wishes by burying him in a Cubs T-shirt and his death notice last month asked those attending the wake to try to "wear Cubs' attire."

And when Jane Anne Del Carlo Barredo died, the only thing written of a life that began in Illinois in 1930 and ended in May in California was this: "Jane loved Jesus and the Cubs."

Such a connection might help explain a suspicion among Cubs Nation that the recently departed are somehow watching the playoffs - and maybe doing more.

When Miguel Montero hit a late grand slam in the first game of the National League Championship Series against the Los Angeles Dodgers, "my daughter texted me and said, 'Grandma's up there pulling the strings,'" Arriaga said of her mother.

During the tense opener of the divisional playoff series against the San Francisco Giants, Sharon Thompson said her daughter-in-law started praying to George Thompson, who died on June 1, to see what he could do.

"And what do you know, (Javier) Baez hit the home run," she said.

The team is well known for breaking the hearts of its long-suffering fans. But the Cubs reached the NLCS last season, too, and raced to the best record in the majors this season, giving fans a fresh jolt of hope and, for Thompson and others, a very real way to ease the grief.

"We just feel like the only way we can get through this emotionally is by saying he is here with us spiritually, enjoying this so much," Thompson said.

Peggy Kucia's sister, Carol Flanagan, died in April after decades of pulling for the Cubs.

For all the talk about how dead fans now have great seats for the games, there are some things Kucia can't explain. For weeks and weeks, nobody in the family could bring themselves to use Flanagan's season tickets. Then Kucia's brother and nephew thought they could emotionally handle sitting in those seats along the third base line in the upper deck.

"The first game they go to and a Cub hitter sent a ball into my nephew's lap," Kucia said. "Hand to God. My brother started crying, my nephew started crying."

All the Cubs who played in the 1945 World Series have died. The last one, Lennie Merullo, died last year at the age of 98. His son, Len Jr., said he didn't think his dad would care about this particular run to the playoffs, not unless the Cubs get past the Dodgers.