Ross Brawn: Working with Ecclestone would be 'fascinating' 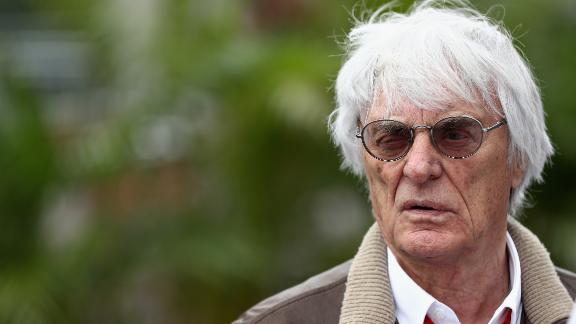 Ross Brawn says he would "love to" work with Bernie Ecclestone in some capacity in future and thinks F1 needs to think very carefully about how to replace its long-serving boss.

In recent weeks Brawn has been linked with a leadership role in Formula One, with Liberty Media expected to make changes at the top when their takeover is completed early next year. Though initial reports in Auto Bild suggested Brawn would replace Ecclestone as CEO, a job on the technical side looks more likely.

Brawn, who confirmed he has been advising Liberty "on Formula One, the characters involved, the teams and how they work", would relish the opportunity to take a role alongside Ecclestone.

"I'd love to work with him, actually," Brawn told ESPN. "It would be fascinating to work with him. Bernie's never accommodated anyone in the past but even Bernie knows he's mortal -- we're all mortal. I think he said himself, death and taxes are the only two certainties in life.

"No-one could replace him directly, but could a group of people under his supervision, guidance, start to manage Formula One? Who knows. I don't think there's an individual who could do what Bernie did."

When asked why he felt Ecclestone, who has held a position of power in F1 since the late 1970s, would be irreplaceable, Brawn cited the struggles of the Manchester United football team since the departure of legendary manager Sir Alex Ferguson in 2013.

"I think because of the relationships he's built over the years ... you just don't walk into those relationships, it's impossible. A lot of the approach and success he's had is based on those relationships and that experience. No-one can pick that up, it's impossible to, and therefore whatever comes after Bernie will certainly be a different structure. I think if you tried to replace Bernie with something the same, I think it would be a disappointment because I don't know what there is that is the same.

"It's not a great example, because football does show that managers follow managers, but if you look at Manchester United and the culture and philosophy Sir Alex Ferguson created, it's seems very difficult for someone to step into that. There's not a lot of choice in Formula One because you have to have one football manager.

"It's kind of analogous but that culture and philosophy that as created at Manchester United, it's been very difficult for anyone to pick that up. It almost needs to be torn down and start again to achieve success in the future."

Brawn had a strained relationship with Ecclestone during his time in F1, notably while boss of his own team, Brawn GP, and Mercedes. However, he insists the pair always shared a mutual respect even when they were at odds over particular issues.

"I haven't spoken to Bernie since I left the sport ... We had an understanding, if you like. I probably rankled him on occasion because I stuck to my views and not everyone did. So I think there were times I irritated him. But I always respected what Bernie's achieved."