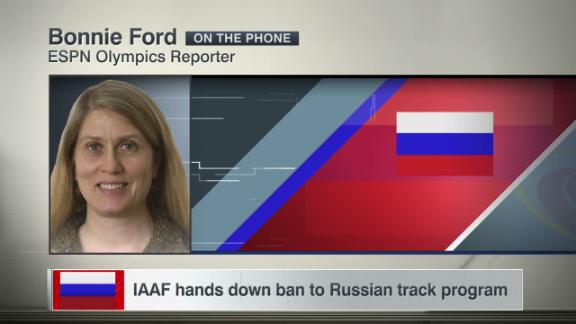 LONDON -- Calling it a wake-up call for a sport in a "shameful" position, IAAF president Sebastian Coe said Russia will be banned from next year's Olympics unless it convinces the world it has cleaned up its act on doping.

The track and field governing body provisionally suspended Russia's federation Friday, four days after the country was accused of operating a vast, state-sponsored doping program in a report by a World Anti-Doping Agency commission.

The move bars Russia from all international track and field competition for an indefinite period, including the 2016 Olympics in Rio de Janeiro, until the country is judged to have fixed its problems and fallen in line with global anti-doping rules.

Coe called the decision -- approved 22-1 in a secret vote of the IAAF council via teleconference -- "the toughest sanction we can apply at this time." It's the first time the IAAF has banned a country over its doping failures.

"The whole system has failed the athletes, not just in Russia but around the world," Coe said after a meeting that lasted almost 3 hours. "This has been a shameful wake-up call, and we are clear that cheating at any level will not be tolerated."

Coe, a two-time Olympic 1,500-meter champion from Britain who was elected IAAF president in August, had been under heavy pressure to take tough action, despite efforts by Russian officials to avoid a blanket ban by agreeing to cooperate and make reforms in their anti-doping system.

"This is not about politics. This is about protection of clean athletes," Coe said. "It is why our council has sent such a strong message."

Coe said Russia will need to fulfill "a list of criteria" to win reinstatement. An independent inspection team led by Norwegian anti-doping expert Rune Andersen will be appointed in the next few days to verify Russia's progress.

Still uncertain is whether the Russian federation will be able to reform in time for its athletes to compete at the Rio Games, which run Aug. 5-21.

"It is entirely up to the Russian federation and Russia to enact those changes," Coe said. "Our verification team will be tough. ... It is for the IAAF and no other organization to make that judgment. We will get the change that we want, and only then will Russian athletes be able to return to competition."

Russian Sports Minister Vitaly Mutko said he is hopeful Russia will be able to compete at the world indoor championships March 17-20in Portland, Oregon.

"Anyway, the main thing is the Olympics," Mutko said.

Russian athletes are eligible to compete in their own national events during the ban.

Russia's IAAF council member, Mikhail Butov, addressed Friday's meeting but did not take part in the vote. He said Russia's return to competition "will depend on how convincing we are with our case and how objective the commission is."

It came the same day that a WADA committee found Russia's national anti-doping agency to be noncompliant with its code. The findings will go to the WADA foundation board, which will vote on it Wednesday in Colorado Springs, Colorado.

WADA has already suspended the anti-doping laboratory in Moscow.

Travis Tygart, CEO of the U.S. Anti-Doping Agency, said the IAAF suspension of Russia was the "only outcome acceptable to clean athletes."

"The real test now is to ensure full justice and accountability for all their actions before being allowed to compete again," Tygart said.

Coe announced that Paul Deighton, who served as CEO of the organizing committee for the 2012 London Olympics, will oversee a program of reform of the IAAF's governance.

"We need to look at ourselves within our sport, my organization as well," Coe said, "and we will do that."

IAAF hands down ban to Russian track program
ESPN Olympics reporter Bonnie Ford discusses what Russia will need to do to participate in track and field during the Rio games in 2016. 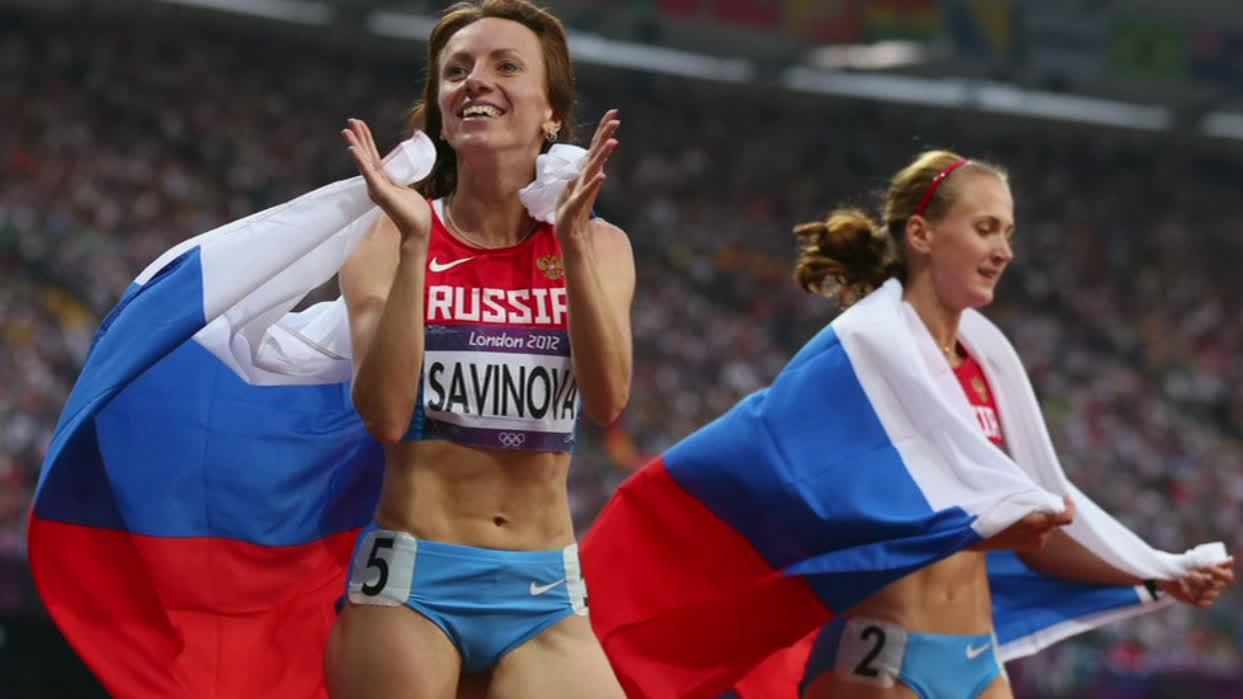