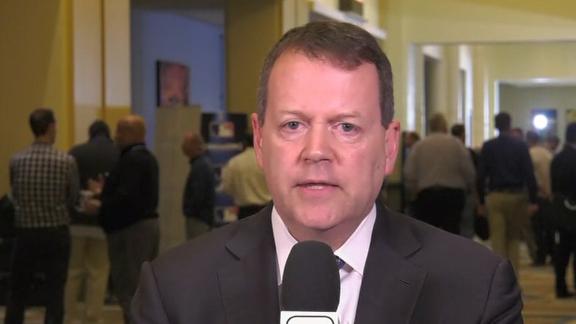 ESPN
By Jerry Crasnick
LAKE BUENA VISTA, Fla. -- Agent Scott Boras is going straight to the top in his quest to find a home for Jake Arrieta.

Boras said Monday that he has sent a 75-page binder exclusively to MLB owners on behalf of Arrieta, who hit the open market alongside Yu Darvish as the most coveted free-agent starter this winter.

Over the past three seasons with the Chicago Cubs, Arrieta is 54-24 with a 2.71 ERA, second only to theLos Angeles Dodgers'Clayton Kershaw in that span. One MLB executive told ESPN he's under the impression Boras is seeking a long-term contract in the $200 million range for Arrieta, but Boras said he has not set any specific parameters with teams.

"I don't put values on anything,'' Boras said from the MLB winter meetings. "I just look at performance. I look at the marketplace and say, 'How does he stack up against the top pitchers in the game, and why?' I am not the purchaser. I am not the check writer. I am merely someone who talks about the performance value.

"I give them all the book, and the onion starts to peel. And all of a sudden there's only a small group left who do what [Justin] Verlander, Arrieta and [Max] Scherzerdo."

Boras' promotional binders and penchant for dealing directly with owners have helped define his operating strategy with his elite clients through the years. One baseball insider, who spoke on the condition of anonymity, said Boras has become more motivated to bypass front offices and go straight to the top in recent years because so few general managers are authorized to make nine-figure deals.

"Scott's big thing is to show these owners that it's good business to sign his players,'' the person said. "I think he's doing it more now because he had so much success with theTigersand theNationals.''

Over a span of several years, Boras struck deals of $100-million plus with the Lerner family in Washington and the late Mike Ilitch in Detroit.

A big league general manager, who also requested anonymity, questioned whether Boras' approach is as effective as it once was with owners. He also said some of his peers aren't fans of Boras' strategy of going straight to ownership because "it presumes we don't communicate with our owners.''

Another GM told ESPN that the approach generates "more of an eye roll at this point'' than a strong reaction in front offices.

While Boras declined to address specifics on Arrieta's value, he made it clear during an interview Monday that his main historical comparison for Arrieta is Verlander, who signed a seven-year, $180 million contract extension with the Detroit Tigers in the spring of 2013.

One thing the two pitchers had in common, Boras said, was an extensive postseason workload. Verlander logged almost 50 playoff and World Series innings from 2011-12, while Arrieta threw more than 40 postseason innings during the 2015-16 seasons.

"When you have two years of postseason performances, what happens the third year?'' Boras said. "You're going to have a period where there's a lull in performance because of what happened the two prior years. It's the championship season hangover. It has nothing to do with the pitcher.''

One of the main selling points in Boras' Arrieta binder is career workload. Arrieta has pitched 1,161 regular-season innings in the majors. When Zack Greinke agreed to a $206 million deal with the Arizona Diamondbacks in December 2015, he had almost 2,100 innings on his résumé.

"When you're going out to buy the Ferrari, why buy one with 2,000 miles on it rather than one with two or three seasons' less stress on it?" Boras said.

The big separator in Boras' pitch to owners is Arrieta's postseason track record. Over the past three seasons, Arrieta is 5-3 with a 3.08 ERA, a 1.08 WHIP and 66 strikeouts in 52 postseason innings with the Cubs.

"Owners are concerned about durability and performance levels and, 'What am I paying for?'" Boras said. "A No. 1 starter wins the big-boy games. You can't get a No. 1 who wins more big-boy games than Arrieta. You can't find him. He's done it." 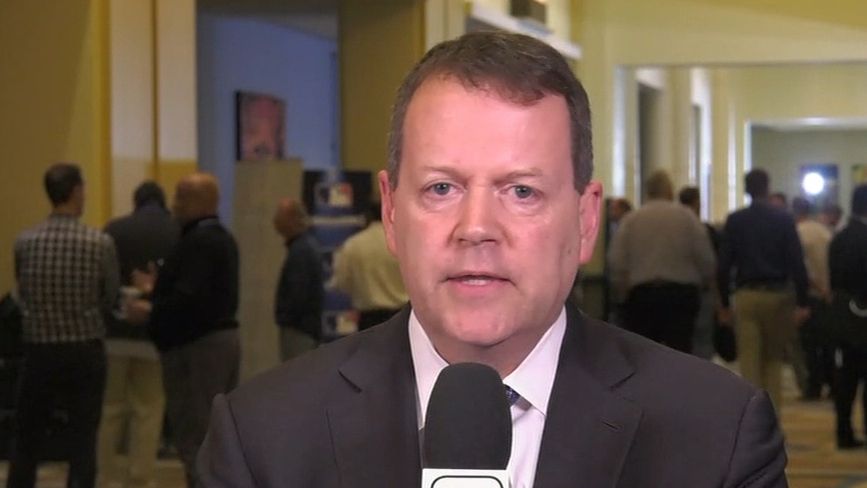