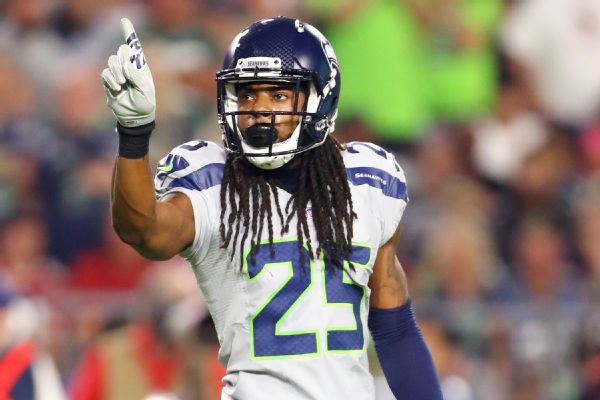 RENTON, Wash. --Seattle Seahawks cornerback Richard Sherman was asked Thursday if he had a theory about why the NFL is experiencing declining TV ratings.

Sherman once again took aim at commissioner Roger Goodell and his role in making the game less fun. Sherman said the league has not reached out to him in the past when he has criticized Goodell, but the cornerback has heard from his peers.

Sherman has sounded off multiple times this season on the difficulty of playing defense, given the league's current set of rules.

On the topic of protecting quarterbacks, Sherman said the NFL's stance has nothing to do with player safety.

"So whether they say player safety or whatever it is, they're tired of $20 million quarterbacks sitting on the bench or IR for the whole season, so they're going to do whatever they can to protect their investments, and that's universal."