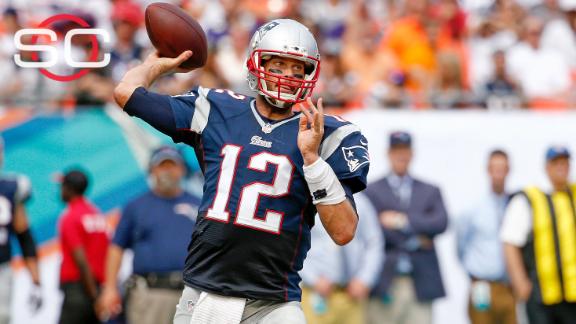 The NFL Players Association extended a settlement offer to the NFL last week regarding Tom Brady's suspension for his alleged role in Deflategate, a source told ESPN.com's Dan Graziano.

The offer, however, was met with "silence" by the NFL, the source said.

It is increasingly apparent that Brady's camp is focused on exonerating him from any charges of cheating and is focusing on the issue of his noncompliance with Ted Wells' investigation into Deflategate, sources told Graziano. Sources said Brady might be willing to admit to a failure to comply with the investigation in exchange for a fine, but no suspension.

The NFLPA, meanwhile, believes there can be a settlement written by lawyers that vindicates Brady on the most important allegations, sources told ESPN's Ed Werder. The league believes, sources said, that any settlement is an admission of guilt by Brady, whether it's failure to cooperate with the investigation or other similar infractions.

Brady appealed his four-game ban June 23 in New York City, with commissioner Roger Goodell serving as arbitrator. It remains to be seen when the NFL will rule on that appeal.

Any delay in the announcement is rooted not in whether Goodell has made up his mind, but in the belief that Brady will challenge the issue in court, and that the NFL's decision must be designed, vetted and written to withstand that challenge, sources told Graziano.

The NFL reportedly is looking at more than 400 pages of documentation as it prepares its decision.

At issue in any court challenge would be the question of whether the NFL followed its own policies, whether Goodell was impartial as the appeals officer, and whether the punishment was arbitrary. Lawyers also could argue that the NFL did not have accurate information when it suspended the star New England Patriots quarterback.

If Brady does appeal the NFL's decision, the NFLPA, on behalf of the quarterback, likely would go to court firstand seek an injunction to delay his suspension until a final decision is reached. If an injunction is granted -- it takes a day or two to get an injunction -- Brady would be allowed to play while the case works its way through the courts. If one isn't granted, the NFLPA can appeal it to a higher federal court.

Beyond the injunction, the NFLPA likely will file its challenge in either federal court in Massachusetts or Minnesota. Massachusetts could be perceived to offer Brady a home-field advantage. Minnesota is viewed as a pro-labor state, and U.S. District Court Judge David Doty has been at the center of a number of cases involving the NFL -- often ruling against the league.

One risk for Brady -- if he does challenge the appeal in court and an injunction is granted -- is that a ruling could come later in the season, meaning he could miss critical late-season games.

The Patriots open training camp next Thursday, and Brady is allowed to participate despite the pending four-game ban.

ProFootballTalk, citing a league source, reported Wednesday that talks about an out-of-court settlement between Brady's side and the league have taken place, but no progress has been made.

A source told ProFootballTalk that Goodell has encountered pressure from a loud minority of team owners who want the commissioner to maintain Brady's original punishment. There is a real fear, though, that the four-game length of Brady's ban would be nullified if ruled on by a federal court.

On Tuesday, Goodell said he has no definitive timetable for a decision on Brady's appeal.

"There is no timeline. We want to make sure we have a fair and open process," he said at a fundraising luncheon.

Little progress in Brady settlement talks
Dan Graziano reacts to the news that the NFLPA extended a settlement offer to the NFL involving Tom Brady, which the league met with "silence."