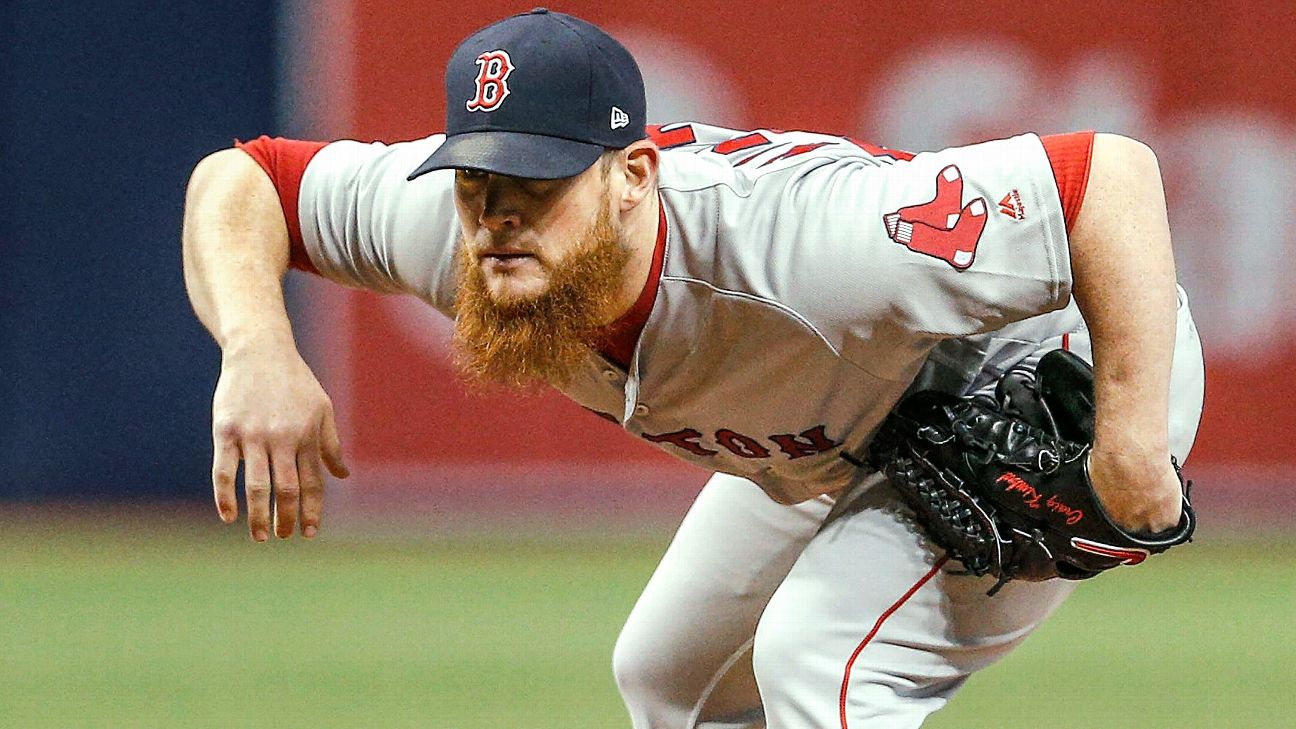 The All-Star closer and the Chicago Cubs have agreed to a three-year, $43 million deal, ESPN has confirmed, ending a seven-month free agency for one of baseball's best bullpen arms.

The Athletic was first to report the agreement. MLB Network first reported the financial terms.

"It's huge for us," staff ace Jon Lester said. "For [owner] Tom [Ricketts] and Theo [Epstein, the team's president] to get this deal done, it's a huge shot in the arm for us."

"There's usually not quality free agents rolling around at this time of year. Any guy that's out there, we'll certainly do our due diligence and see if that makes sense," Epstein said.

Kimbrel will report to the Cubs for his physical on Thursday, and the expectation is that he will be ready to pitch before June 20, sources told ESPN's Jeff Passan.

"It's like getting a gift on Christmas morning and having to wait to open it for a week or so before he's here," Lester said.

Kimbrel fills a position of need for Chicago. Cubs relievers have been spotty this season, blowing 11 saves, third-most in the majors.

Ever since Brandon Morrow went down with an elbow injury at last year's All-Star break, the team has mixed and matched to close out games.

Kimbrel will slide into the ninth inning, once he is ready.Pedro Strop has been the de facto closer, but Strop also has missed time with injuries.

"He's awesome. You're bringing in -- if he's not the best, he's one of the best closers in the game," Strop said. "Hopefully he's in good shape so he can help us win another World Series. ... He's one of my favorites."

The financial wherewithal to sign Kimbrel might have come from an unlikely place, as veteran Ben Zobrist left the team for personal reasons in May and was placed on the restricted list. Zobrist was slated to make $12.5 million in the final year of his four-year deal.

"There are always unknowns that come up during the season that can impact your financial picture," Epstein said. "This year, in particular, there have been some unexpected variables that could possibly give us a little more flexibility than we would have imagined."

"This is big," first baseman Anthony Rizzo said. "It's a credit to [the front office] for believing in us."

Kimbrel, a seven-time All-Star, struggled at times for the Boston Red Sox in 2018 but finished the regular season with 42 saves, a 2.74 ERA and 96 strikeouts in 62 innings pitched.

The 31-year-old Kimbrel has a career ERA of 1.91, the lowest among relievers in MLB history with 300 career innings pitched. He has 333 saves -- he's the youngest pitcher in MLB history to reach 300 saves -- and has 868 strikeouts in 532 innings pitched. In addition, his rate of 14.7 strikeouts per nine innings is the best among major league pitchers with at least 500 career innings.

The hard-throwing right-hander went through a rough spell for the Red Sox in last season's American League Division Series and AL Championship Series. In 6 innings, Kimbrel surrendered six hits and five runs, hit two batters, walked six and struck out eight. He had an ERA of 7.11, and his strike rate dropped from 62% to 48%. He loaded the bases twice in the ninth inning.

Kimbrel seemed to turn it around in the ninth inning of Game 5 of the ALCS against the Houston Astros, giving up no hits and striking out two for a series-clinching save.

After that game, Red Sox manager Alex Cora said Kimbrel had been tipping his pitches, and the issue had been fixed. Still, rather than use Kimbrel to lock down the final inning of the World Series-clinching game, Cora went to ace Chris Sale.

Cora, speaking after Boston's 8-0 loss to the Kansas City Royalson Wednesday, said he was "happy" for Kimbrel.

"Finally he can go out there and do what he does," he said. "I just texted him. It's a great organization. They're in a good spot. I'm very happy he was able to finish the deal and go play baseball."

Kimbrel, the National League Rookie of the Year in 2011, led the NL in saves in his first four seasons with the Atlanta Braves and signed a four-year, $42 million contract prior to the 2014 season. He was traded on the eve of the 2015 season to theSan Diego Padres, who in 2016 traded Kimbrel to the Red Sox. In Boston, he logged his career-best season in 2017 before experiencing a slight dip in fastball velocity in 2018.

ESPN's Jeff Passan and Jesse Rogers contributed to this report. 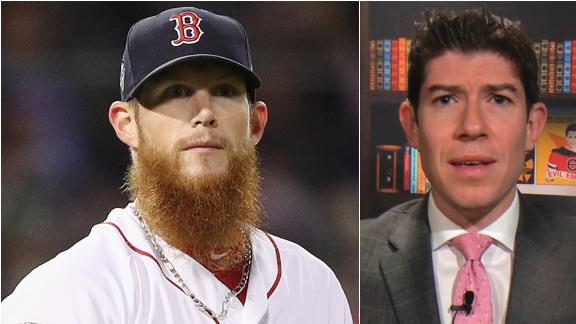 Passan: Kimbrel is the 'perfect guy' for the Cubs
Jeff Passan says Craig Kimbrel could pitch for the Cubs sooner than expected and he is a great fit for Chicago. 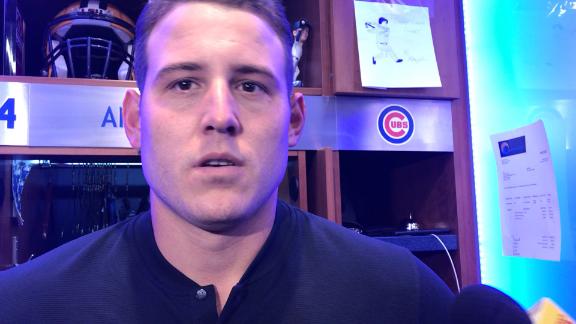