Steph Curry Is Running Circles Around The Cavs' Defense 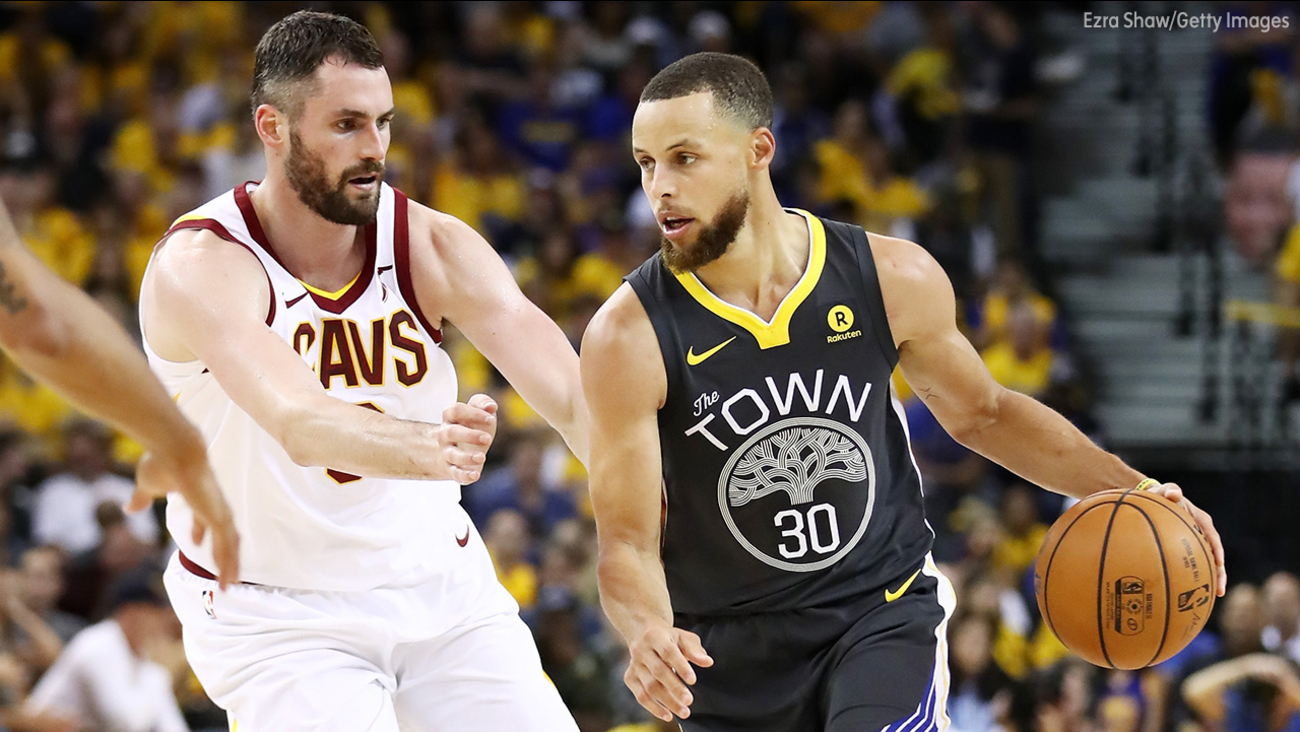 LeBron James's relative solo act has been discussed at length this postseason. But for how much his showings set him apart from his team, there's an argument to be made that no Cavalier feels more alone than Kevin Love.

And on Sunday night, Love was made to feel like he was on an island again and again and again - maybe a dozen times in all. In each instance, Stephen Curry - a two-time MVP and the greatest shooter on the planet - had Love right where he wanted him: By himself, with no help defender in sight, giving the Golden State star the time and space to dissect him off the dribble to the tune of 33 points and a finals-record nine 3-pointers. The lights-out shooting helped spur the Warriors to a 2-0 edge in the best-of-seven series, which now heads to Cleveland for Game 3 on Wednesday.

Certain shots will understandably garner the majority of the attention - particularly this nearly 30-foot circus shot to beat the shot clock early in the fourth that provided Golden State enormous momentum as Cleveland was attempting to make one final push. But beneath the surface, Curry is giving the troubled Cavs defense fits, in part because of what he and Klay Thompson do better than anyone else: move without the ball to free themselves for open shots.

In particular, Curry has played a mix of both Hot Potato and Tag, essentially setting up give-and-go plays with his teammates by passing them the ball with the hope and intention of getting it back after he has sprinted to an open spot behind the 3-point line. The style of play makes him an even more challenging cover for the 29th-ranked Cleveland defense, not only because of the occasional confusion it brings about, but also because Curry's teammates will occasionally use his give-and-go sequences as an opportunity to screen for him in the corner.

"It's tough - really tough - to guard Steph anywhere out there on the floor because he's just so good at finding himself open," Love said after the game, in which Curry shot a perfect 5-of-5 from 3-point range in the final period.

Curry's ability to shake free was far from the only thing that explained Golden State's victory. The Warriors, who've struggled at times with focus, jumped out to a 15-6 run to start the game and appeared locked in from the outset in the wire-to-wire victory. They made a point of being more aggressive defensively with James after his stellar Game 1 and sought to force the ball out of his hands by occasionally sending a second man at him. And perhaps most noteworthy: Curry's co-stars, Thompson and Kevin Durant, were even more efficient than Curry himself, with Durant scoring 26 points on just 14 shots and Thompson getting 20 on 13 shot attempts.

Yet the performance - with the sprint-and-shoot element of Curry's game coming alive - highlights something meaningful about the Warriors. After looking stagnant and vulnerable at times on offense in its seven-game bout with the Houston Rockets, Golden State finally appears to resemble itself again - even without injured forward Andre Iguodala, whose presence as a secondary ballhandler has been missed on that end.

That space often comes in the form of a big like Love or Clint Capela lacking the footspeed necessary to track Curry all the way back out to the 3-point line after cutting through the paint. This - and Curry's hesitation moves into the paint, which defenders have to honor to avoid him getting off 3-point attempts - is how Golden State makes teams pay for perimeter switches.

And on Sunday, it resulted in Curry making Love and Larry Nance Jr. look like bad stuntmen - they went lunging and flying after the Warriors guard when he broke free in the short corner.

So, sure: The Cavaliers might be able to take some solace in the idea of going back home for Games 3 and 4. But unless they can find a way to bottle up Curry and the rediscovered Warriors offense, even home-court advantage may not be enough to make this a series again.
Report a correction or typo
Related topics:
sportsnba finalslebron jamesgolden state warriorsbasketballfivethirtyeightstephen currycleveland cavaliers
More Videos
From CNN Newsource affiliates
TOP STORIES